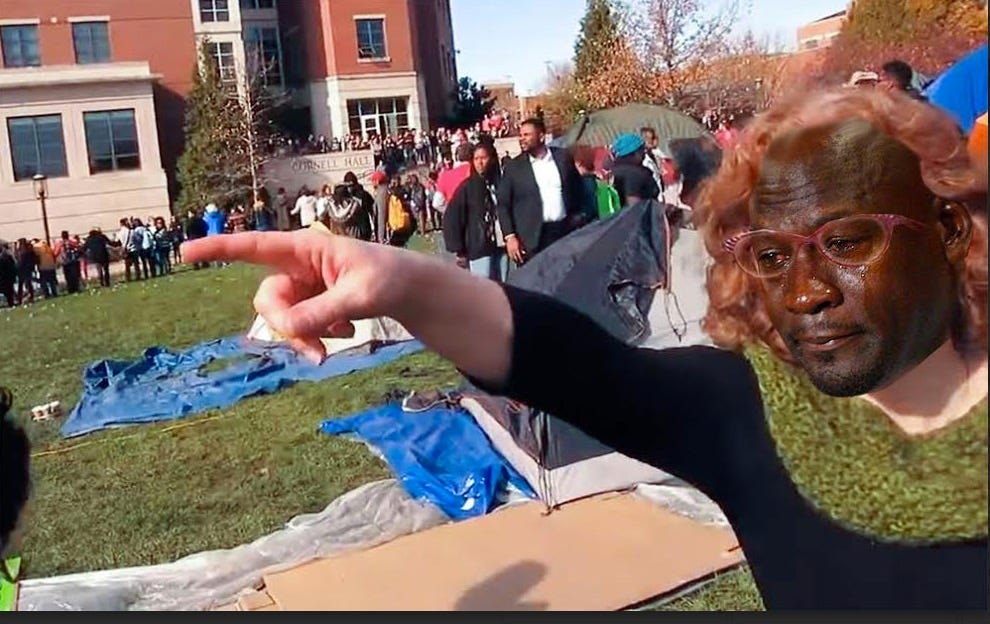 Columbia Trib – Assistant Professor Melissa Click, captured on video calling for “some muscle” to remove reporters from a campus protest site, was fired Wednesday by the University of Missouri Board of Curators, Chairwoman Pam Henrickson said in a prepared statement.

The board voted 4-2 in favor of termination during a closed session in Kansas City, with Henrickson and curator John Phillips opposing the move, UM System spokesman John Fougere wrote in an email Thursday. Curators David Steelman, Donald Cupps, Maurice Graham and Phil Snowden voted in favor of firing Click.

“The board respects Dr. Click’s right to express her views and does not base this decision on her support for students engaged in protest or their views,” Henrickson said in the prepared statement. “However, Dr. Click was not entitled to interfere with the rights of others, to confront members of law enforcement or to encourage potential physical intimidation against a student.”

The statement from Henrickson cited Click’s behavior at the Homecoming parade, when she cursed at a police officer who was moving protesters out of the street, and on Nov. 9 at Concerned Student 1950’s protest site on the Carnahan Quadrangle. Her actions at the protest site, Henrickson said, “when she interfered with members of the media and students who were exercising their rights in a public space and called for intimidation against one of our students, we believe demands serious action.”

What a day to be an American!

Ok I’ll admit I got a little swept away in the internet witchhunt here. Probably didn’t need quite as many blogs about one professor at one school. I don’t want to lower myself to that again. But it was such a crucial time in our country’s history that I felt like the people needed me. They needed someone to step up and try to #MakeCollegeGreatAgain. To stand up for the majority of people who just wanted to enjoy their four years of college having fun and making friends and partying without worrying about everyone rioting and protesting in the middle of the quad demanding everyone be fired all the time. And to certainly stand up for free speech and not allow professors, employed by a university to mold young minds and help turn kids into adults, to trample all over the First Amendment and literally call people over to physically beat up a student reporter. Nobody else was doing it, so I had to fill the void. I mean if Mizzou had used common sense and just fired her months ago it would have saved all this effort, so yeah, now that I think about it, I blame them for this.

Goodbye Melissa…best of luck finding another school that will let you teach 50 Shades of Grey and assault students.

Introducing Dr. Melissa Click, The Missouri Mass Media Professor Who Called Out For “Muscle” To Remove A Student Reporter From The Public Quad 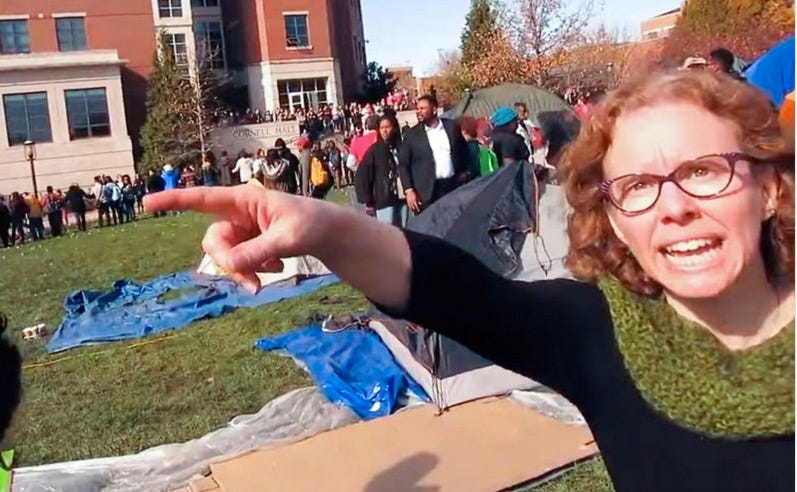