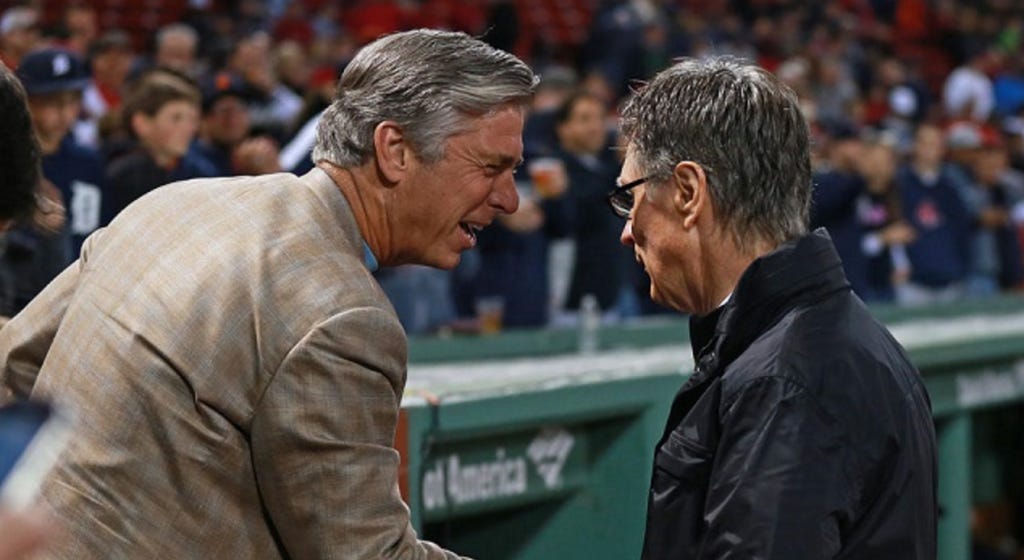 This has been a big topic of conversation since yesterday, when Red Sox principal owner John Henry met with the media and said, “One of the things that we’ve done, and I’m fully accountable for this, is that we have perhaps overly relied on numbers.”

When you think of numbers and baseball statistics, who or what do you think of? The Godfather of baseball statistics, Bill James. Who did the Red Sox hire as a Senior Advisor to Baseball Operations? Bill James. Just this hiring alone shows that the Red Sox really put an emphasis on numbers and projections over the years. In addition to James, the Red Sox also have a computer program that they use the evaluate players, which they lovingly named “Carmine.” And both Carmine and James were integral pieces to the Red Sox puzzle over the last decade. But now, it seems that there has been a shift in Boston’s philosophy…again.

In recent years, Boston’s philosophy has been called into question, and for great reason. It’s because they never appear like they have one. Well, that’s not entirely correct. They do have a philosophy, but the problem is that it seemingly changes year-to-year. In regards to how heavily they’ve relied on numbers, they kept trotting Will Middlebrooks out there at third base when he was hitting under .200 and striking out in 33% of his at-bats, probably because James projected that he’d hit 32 home runs and drive in 104 runs that year. Swing-and-a-miss all around.

Aside from having another marketable character for NESN’s TV show, I also wonder how much numbers played a factor in the Pablo Sandoval signing. Sure, you could look at his fly ball outs to left field in San Francisco and project that they’d probably be doubles at Fenway Park, but does Carmine factor in that overweight players’ production falls off a cliff during the years that the Red Sox locked Sandoval up for? I’m guessing no. Prior to the 2015 season, Ben Cherington said that Sandoval’s weight wasn’t going to be an issue. Well guess what? It is. And we’ve got four years left, so thanks for that.

Before the 2014 season, former Red Sox president and CEO Larry Lucchino said the following about the Yankees:

“We’re very different animals. I’m proud of that difference,” Lucchino said Friday after Boston’s spring training workout. “I always cringe when people lump us together. Other baseball teams sometimes do that. They are still, this year at least, relying heavily on their inimitable old-fashioned Yankee style of high-priced, long-term free agents. And I can’t say I wish them well. But I think that we have taken a different approach.”

About a year later, the Red Sox signed Hanley Ramirez to a 4-year, $88 million deal, and Sandoval to a 5-year, $95 million deal. Then, of course, the following winter, they’d reel in David Price for $217 million over seven years. You can’t say that you’re proud of the difference between the Red Sox and Yankees because you don’t spend big money, and then go out and drop $400 million on three players. It’s just not a good look.

Then you look at what happened in 2012, which was really the biggest shitshow in Red Sox history. It was just a miserable group that collectively underperformed and was largely unlikable. My first time ever with a press pass that had clubhouse access was that summer, and I remember being in the Red Sox clubhouse and feeling like I was at a wake. It was just an awkward, uncomfortable silence where everyone looked like they’d rather be anywhere else in the world besides in that room. So then the Red Sox adopted their new philosophy where we’re going to bring in talented players, who have something to prove, and also are universally liked throughout the game. Enter: Mike Napoli, Jonny Gomes, Shane Victorino and Ryan Dempster.

They were underdogs, and they fed off of being written off as both a team and as individual players. It was the perfect storm, and it resulted in a World Series title. Great! We finally settled on a philosophy that works. How soon can we fuck it up? Instantly? Okay, great. Instantly. Enter: AJ Pierzynski. A year after the Red Sox had success with sprinkling in clubhouse guys with something to prove, they went out and signed the biggest asshole in Major League Baseball. That went over really well. Pierzynski didn’t even make it to the end of the season, and the Red Sox were right back to where they were in 2012 — last place.

Then we have the case of Boston’s terrible handling of Jon Lester’s free agency, and their newly adopted philosophy of not signing pitchers over the age of 30. How’d that work? The Red Sox lowballed Lester, and had the third worst ERA for starting pitching in the American League. It’s very, very unlikely that you’ll win a World Series without an ace, and it’s extremely difficult to draft and develop one of your own. The Red Sox should know that, because when’s the last time they did that? Roger Clemens? So that philosophy lasted one year until they signed David Price, which was obviously the right move, but another quick change in team philosophy.

So this begs the question, what is their philosophy right now? I’d like to think that the Red Sox are in a much better place today under the direction of Dave Dombrowski. It’s not going to turn around immediately, because if they could’ve gotten rid of Hanley and Sandoval over the offseason, I assume that they would’ve done that. As far as what the Red Sox could actually control, they knew that they needed an ace, and they knew that they needed a much better bullpen. Dombrowski addressed those issues almost immediately by adding Price, Craig Kimbrel and Carson Smith. It’ll be interesting to see how Dombrowski handles the situations of Hanley and Sandoval if they were to fail in 2016, because I doubt he’s going to let the season sink as a result of those two.

I’m glad that the Red Sox are admitting their mistakes. It’s something they’ve been reluctant to do in the past, and it’s really refreshing. It’s not that analytics have no place in baseball, because they certainly do, but they shouldn’t be the only factor in play here. What do your eyes tell you? Yes, signing a pitcher over the age of 30 is a big risk to take, but it’s a necessary evil when it’s the right guy. Price is the right guy. Throughout the Theo Epstein era and into the Cherington era, the Red Sox were notorious prospect hoarders. It seems that has ended under Dombrowski, as we saw with the Kimbrel trade, which is “painful”, as he said, but necessary. I’ll trade a handful of maybes for one of the best closers in the game any day, and I’m glad that philosophy has changed.

For now, it seems that Boston’s new philosophy is take risks to win now, without sacrificing the ability to win later. And that’s a philosophy I can live with.