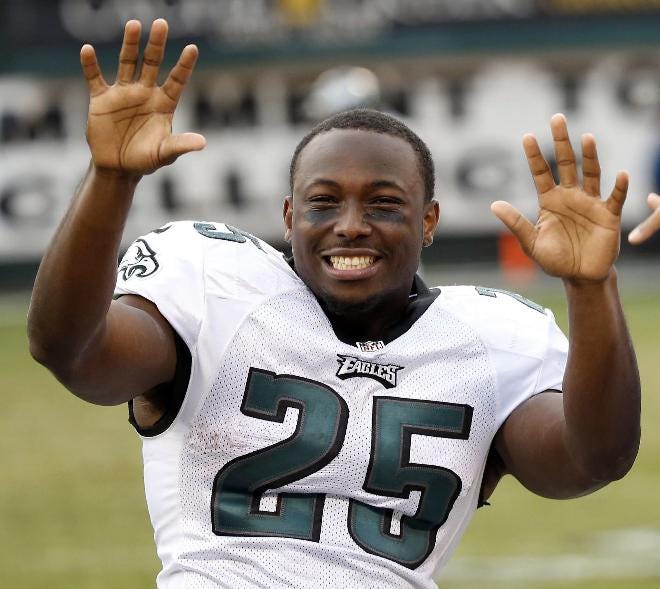 I’m not sure 100% what went down that night. I haven’t seen the police reports. My only knowledge about the law comes from Dick Wolf shows, Saul Goodman, and my own personal war vs. Camden County and the Avalon PD. But how only one person in Shady’s crew can take the heat when most of them, including Shady, were involved in the melee is interesting, interesting stuff. But hey, that’s life for ya. Trust me, if I could pay someone to take the heat for everything I’d be a much better son/friend/human than what you currently see. Whoever said money doesn’t buy you happiness was a poor, pessimistic man.

The Philadelphia District Attorney’s office is refuting an earlier report by Vic Carucci of the Buffalo News that said Bills running back LeSean McCoy won’t face charges stemming from a Super Bowl Sunday nightclub fight. District Attorney’s Office Spokesman Cameron Kline told Joe Buscaglia of WKBW in Buffalo that report is “utterly wrong” and that the investigation is ongoing. McCoy and former NFL running back Curtis Brinkley were involved in an early-morning Philadelphia nightclub fight that ended with off-duty police officers being hospitalized. McCoy was scheduled to meet with the district attorney earlier this week. The NFL began investigating the incident immediately after news of it emerged. The Bills have said nothing beyond a standard team statement that they’re aware of the incident.