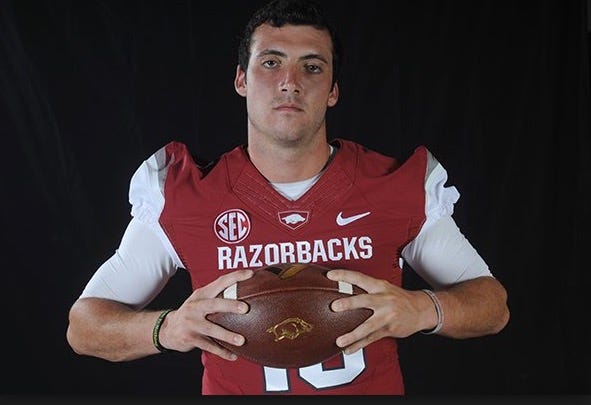 FOX – It’s Combine week, and hundreds of NFL evaluators will be watching closely to get a better gauge on everything. Pretty much every player in Indy has gone to various Combine training places to improve on, among other things: their 40s, their shuttle times, their vertical jumps, the amount of times they can bench press 225 pounds and how well they can present their football savvy in a classroom setting.

Arkansas quarterback Brandon Allen has worked diligently on all those things at a camp in South Florida. In addition, he’s also worked on something else — trying to increase his hand size. Well, more specifically, his hand measurement.

The size of a quarterback’s hand has gained increased attention in the past few years. For my book “The QB: The Making of Modern Quarterbacks,” I spoke with Tom Rossley, who was the Green Bay Packers’ former offensive coordinator and later recruited Johnny Manziel to Texas A&M when he was the Aggies’ quarterbacks coach. Rossley said one of the first things they looked at when they evaluated quarterbacks in Green Bay was how big their hands were, “because of how Brett (Favre) was and how well he could play in cold weather,” Rossley said. “That’s such a key with handling the ball, controlling the ball, and with the snap coming out. The size of a quarterback’s hands is even more important than his height.”

Favre’s hands were measured by the NFL years ago (from thumb tip to pinkie tip) at 10 3?8 inches. For comparison’s sake, Tony Romo’s hand was measured at 8.88 inches. Anything bigger than 9 1?2 is considered large for an NFL QB prospect.

At the Senior Bowl in Mobile, Ala., last month, Allen’s hands were measured at 8 1/2 inches — the smallest of all the QBs there.

“It’s obviously something I can’t control,” Allen said, before adding that as part of his draft training process, the masseuse who helps the athletes with recovery has also been working twice a week on stretching out the QB’s hands “to maybe get another 1/2 inch or 1/4 inch here or there because the muscles in my hands were really tight and this can loosen them up. I have long fingers.

The NFL Combine is so funny. You’ve got a whole bunch of freak athletes lined up like machines in a factory getting every inch of their bodies inspected from head to toe. I picture them like the assembly plant in iRobot, armies of nameless, faceless, sexless robots stacked together from wall to wall while guys run rulers and measuring tape all over them. It’s hyperbole obviously but it’s really not too far from the truth. Especially when you have guys getting hand massages twice a week from a licensed masseuse to “try and get 1/2 to 1/4 inch out the tight muscles in your hands” and not be the tiniest handed guy in the Draft.

I checked myself out obviously. 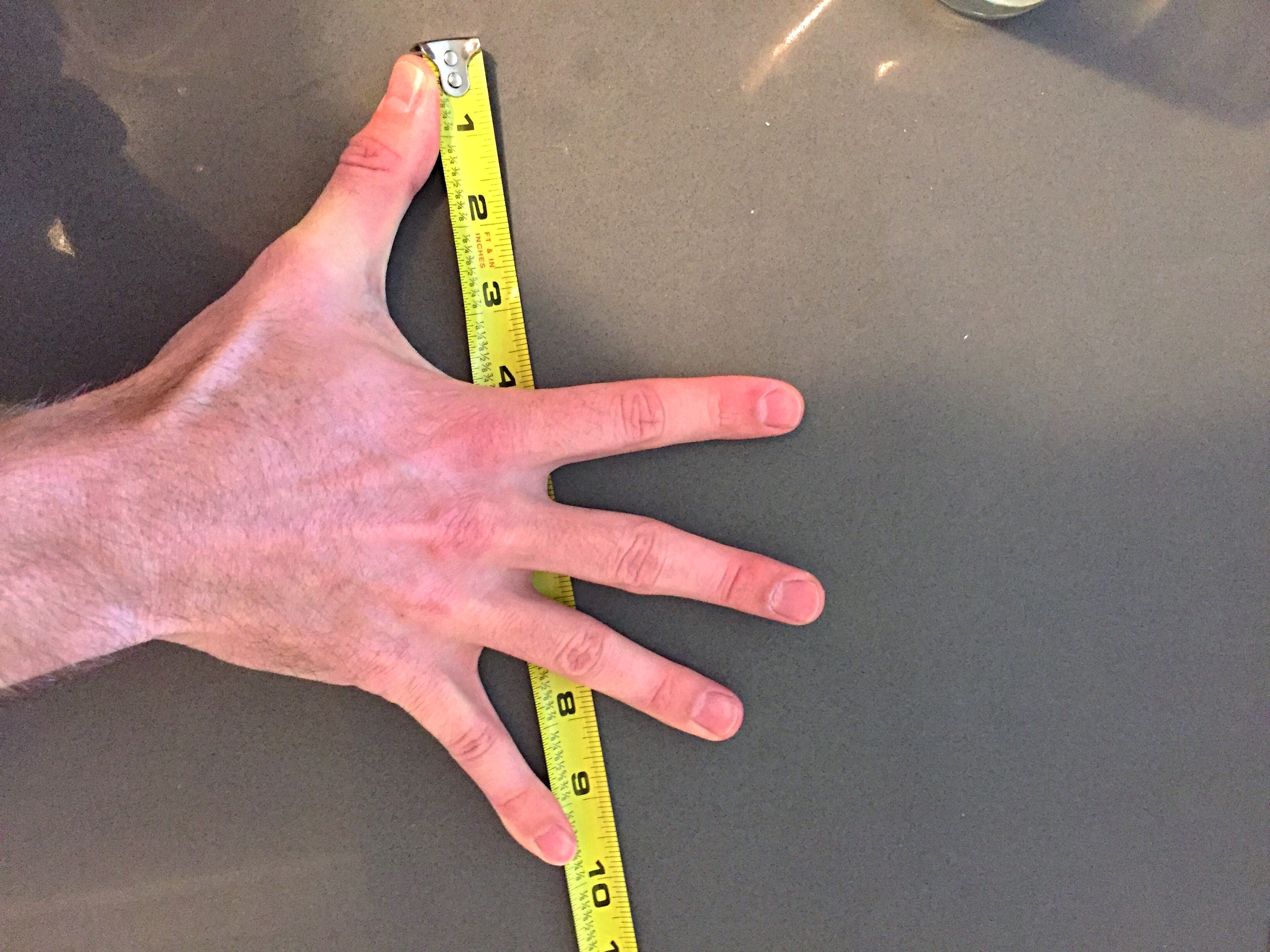 I got about 9.75 there. I’ll give it 9.5 or 9.6 because I think my thumb slipped a little from the end while I was flexing trying to take this picture. That’s pretty good size. About the exact same as Manziel. Beat Baby Hands Bridgewater like a drum and he’s a starter.

Not so much on Paxton.