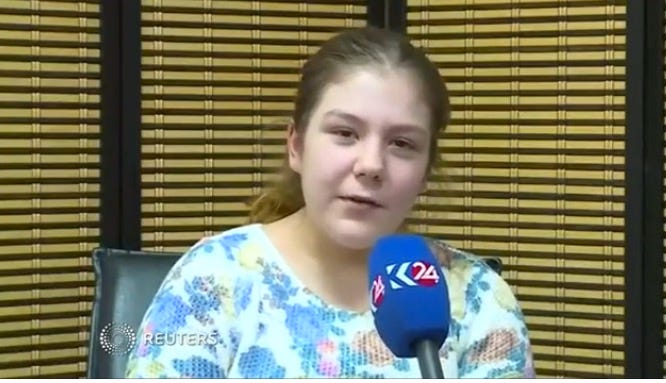 Washington Post – A Swedish teenager who was rescued from the clutches of the Islamic State by Kurdish militias in Iraq has spoken out to local media about her time among the jihadists.

Marlin Stivani Nivarlain, a 16-year-old from the town of Boras, described her ordeal to a Kurdish television station. Nivarlain said she had been duped by her boyfriend, who persuaded her to accompany him to join the extremist group.

“First it was good together, but then he started to look at ISIS videos and speak about them and stuff like that,” she said.

“Then he said he wanted to go to ISIS, and I said, ‘Okay, no problem,’ because I did not know what ISIS meant or what Islam was — nothing.”

According to her narrative of events, last May the couple left a foster home in Sweden and journeyed by train and bus to Turkey, where they then crossed over into Syria from the southern Turkish city of Gaziantep. There, the jihadists eventually moved them to the Iraqi city of Mosul.

Not long after, Nivarlain, who was apparently also pregnant, started to regret her decision.

“In Sweden we have everything, and when I was there, I did not have anything,” she said in the interview.

“I did not have any money either. It was a really hard life. When I had a phone I started to contact my mum and I said: ‘I want to go home.’”

The circumstances of her rescue from a house outside of Mosul are not totally clear. Nor does the Kurdish report detail what happened to Nivarlain’s newborn child.

She is in the process of being repatriated to Sweden.

First of all she wasn’t “rescued from the clutches of the Islamic state.” She went there willingly. Like she got on a train with her boyfriend and traveled to them to join them. And second of all, ummm, was this part serious?

She is in the process of being repatriated to Sweden.

I don’t have my glasses on. Does that say “repatriated” to Sweden? What the fuck? Is Sweden kidding me with this?

And I’m not even saying not to let her back because she’s a terrorist, or some sort of Brody-type sleeper cell plant. She’s way too fucking dumb for that. She’s way too fucking dumb for life in general. You have enough stupid people in society that you have to deal with, give benefits to, give health care to, give protection to, give rights to. When one volunteers to leave the country and live with the most savage terrorist group on Earth you wipe your hands and say good fucking riddance. You don’t go get her back and repatriate her. I mean the girl thought she was going on a vacation with ISIS to Mosul then whined when it wasn’t the same as Sweden. That the kind of brainpower you want in your country?

Fuck all these people. 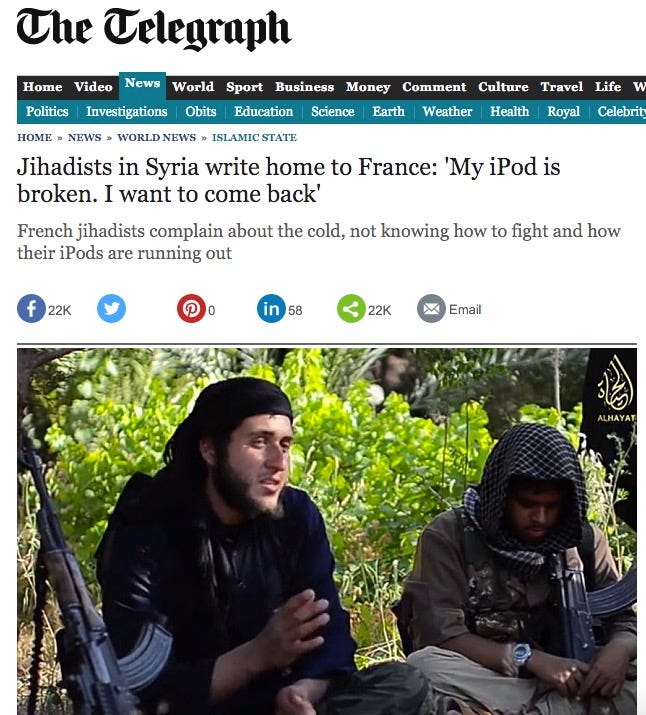 Any word on that baby or nah?