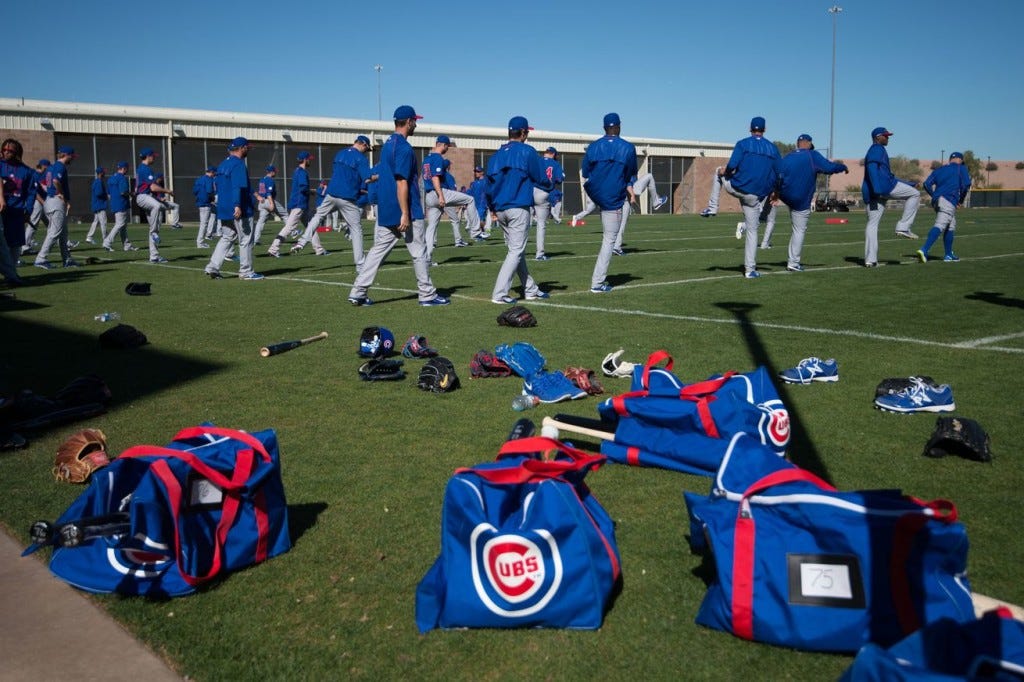 Hey its carl back for 2016 blah blah blah nobody gives a fuck let’s talk baseball.

This blog is about the backend of the Cubs rotation. It’s about how I think the mix of Hammel, Hendricks and new guy Adam Warren plays out. And since people are drooling over new guy because we traded Starlin Castro for him, he’s getting a big piece of the spotlight. I like to call it a hot carl. 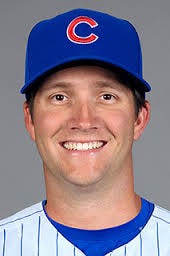 It’s a near slam dunk that Hammel starts the season at the #4 spot and rightfully so. He’s an established vet, has a recent knack for starting hot, and he’s owed $10 mil through 2016 with a team option for 2017. For all  intents and purposes, he’s pitching for his last multi-year deal.  As such, history and common sense are both on my side in saying that we’re probably going to get a remarkably prepared and focused Hammel coming in and out of camp. Say what you want about open competition and the best will take the field and all that noise. Fact is he’s going to get the first look at the #4 because he’s earned it so let’s not waste ammo hammering that point home. Hammel’s the #4 to start.

After Hammel we’ve got Kyle Hendricks coming back to take the reins at the #5 spot. He’s allegedly competing with Adam Warren, but like Hammel, the spot is Hendricks’ to lose for a whole host of reasons. First and foremost, let’s not complicate things – Hendricks is a good starting pitcher. This kid can get major league hitters out and did so quite effectively last year when it mattered most. Read: September and October. In that time, he made 6 starts, racked up 39 k’s against 6 walks in 32 innings, posted a a .174 avg against, and held opposing hitters to a 44 OPS+ against. At a time when the wheels start to fall off for most pitchers (particularly those in their first full season and even more so in the midst of a playoff hunt), Hendricks was there to pick up the slack. Those experiences do wonders for a young pitchers’ confidence

From a technical side, I really like Hendricks in that #5 spot for another list of reasons. He’s got pitchability. He’s young but works like a veteran. He attacks the zone with good sinking action on the fastball and complements it with one of the better changeups in the NL. It’s a true plus pitch with the scaleability to be a plus-plus, grab-some-fuckin-bench wipeout pitch. Not only that, but he uses it soooooo incredibly well. He attacks lineups aggressively with the fastball early. Tries to get as many outs under his belt as possible before he even goes to the bread and butter. That’s a rare style for young guys who generally approach big league lineups like they need to reinvent the wheel. Not Hendricks though. He keeps it simple. He lets his defense do the work. Then when he sees a lineup a second time through, he brings out the change to disrupt timing and tempo, which is the single most important thing a pitcher can do. You hear time and time again in baseball that it doesn’t matter how hard you throw. If a big league hitter knows it’s coming, you’re fucked.

And there’s good reason why you hear that time and time again – it’s true. The fact that Hendricks is only 26 years old and out there changing speeds like a 10-year vet is incredible. It’s why he’s in the big leagues and not working as a financial analyst on wall street. He knows how to get guys out.

But then there’s new guy Adam Warren, and he’s drumming up some interest to compete with Hammel and Hendricks for the last spot. I think that’s stupid, and here’s a longwinded reason why.

First the good. Warren’s a solid, athletic, physical presence that gets rave reviews for his bulldog mentality from scouts. He pitches off an arsenal of fastballs, and has shown the ability to relieve and start. Scouts think his mental makeup profiles as a frontline starter, which he backs up on the mound with a fairly aggressive approach. He doesn’t walk many, doesn’t give up many long balls, and he’s not afraid to drill a guy for crowding the plate. That’s the kind of shit scouts love, and it’s a big reason why they think Warren’s best days are ahead of him.

But Warren has his fair share of problems. First, he’s got too many pitches which means he can make things too complicated. He’s got 3 breaking balls. He’s got 3 fastballs. He’s got a solid change but doesn’t use it enough. Just wayyyy too many decisions to make. On top of that, he hasn’t regularly started since 2012 in AAA. Then the Yankees called him up for middle relief. Then back to AAA. Then back up in long relief. Then he’s the set-up guy. Then moved back to long relief. But then back to seting-up. Then he got a crack at the rotation. And right as he settled in, they sent him back to the bullpen. Just an obnoxious game of musical chairs with a young promising arm. So fucking Yankees it hurts. Zero appreciation for the mental pretzel this game can be.

It’s like dating a girl coming off a fringe rebound. She wants a steady relationship. She needs it. Can’t live without it. Then two weeks in she just kinda wants to have fun, you know? (Read: seek decent pipe elsewhere.) But she still wants you to pursue her and be serious, but not really because then you’re a try hard. And in this process you need to be a good guy, but not a pushover.  Text back but not too quick and NEVER double text on a weekday. And have a good job, but not too good because then you’re an asshole – automatically – and her ex was a TOTAL asshole. Push and pull. Up and down. Then next thing you know you’re unhappily married with 3 kids living in the same suburb she grew up in, leasing a midsize SUV, and cleaning an above ground swimming pool that you one day plan on drowning yourself in. That’s how the Yankees handled Adam Warren.

Point being it’s really hard to get somewhere when you don’t know where you’re going. The Yankees gave Warren absolutely ZERO direction about what they needed from him outside of him just being there. Maybe that’s okay for a guy in the backend of his career like Chris Young, but that’s not how you develop young talent. So we’re kind of in foreign territory with his expectations. He hasn’t had an opportunity to completely dedicate himself to a focused role, which is why we need to give him some time.

So here’s my proposal. Warren, on paper, sounds great. He’s got the hard stuff figured out, liking having a set of balls on a major league mound and the talent to back it up. He’s demonstrated the ability to get big leaguers out. He has the goods. He’s just needs some grooming. Some polish. And a small slice of simplifying his aresenal. And if any of this sounds familiar, that’s because it is. It’s what we came across in Jake Arrieta three years ago… highly regarded makeup, big arm, and very little direction.

Is Adam Warren the next Cy Young on this roster? Probably not. But he’s in a low risk environment with the best development personnel behind him. He’s got no pressure to carry the starting rotation and take this team anywhere. For now, he can focus on stretching his arm out in spring training while working under an incredibly accomplished coaching staff. He can find mentors in Lackey and Lester, and peers in Arrieta and Hendricks. Simply put, he will get exactly what he needs to realize his full potential, which is far better than what the Yankees would have ever offered.

So with all of that said, my proposal is this: Hammel gets the nod on a short leash at #4 while Hendricks takes the #5 with room to grow. Warren conditions to start but ultimately breaks camp in mid/long relief while continuing to prepare on the side to start. He works with Bosio and the staff on simplifying his approach while building sustainable arm strength. Slow play his development until the right opportunity presents itself. Then when it does, you give him the ball and say a small prayer that Theo played his cards right. Again. For the millionth fucking time.