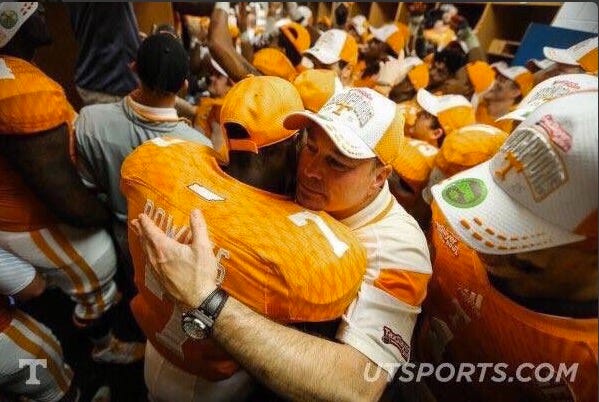 Tennessean – University of Tennessee football coach Butch Jones told one of his players he “betrayed the team” after the wide receiver helped a woman who said she was raped by two other football players, according to a new legal filing in a sweeping lawsuit filed by six women against Tennessee.

Sophomore Drae Bowles “broke down and cried” after speaking with his coach, the lawsuit said.

Jones later called Bowles back to apologize for calling him “a traitor to the team,” according to the suit.

The two calls with Jones came after Bowles was punched in the mouth and bloodied by teammate Curt Maggitt as retribution inside the UT locker room, according to the new filing.

Bowles, who transferred to UT Chattanooga shortly after the alleged November 2014 incidents, provided the account of events in a sworn declaration filed in federal court in Nashville. In the statement, Bowles acknowledged he might be called as a witness and is willing to testify in the case.

Wanted to start off with a quick mention for everyone who says how bad our “journalism” is. Here is an example of the exact wrong way to report on a story. 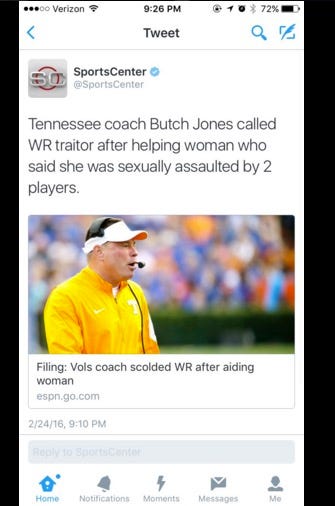 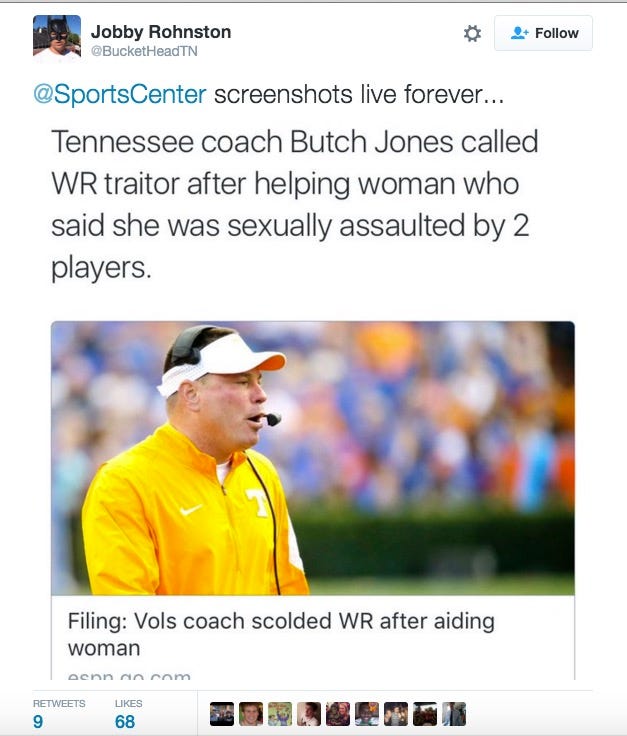 Not allegedly. Not suspected of. Not accused of. Just flat out saying it happened. 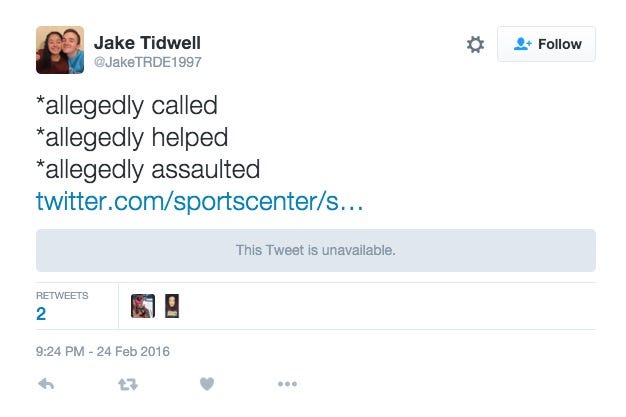 Moving on from the smut blogger teaching the Worldwide Leader in Sports lessons on ethics… yet another bad look for the Tennessee football program, who is having an off season for the ages.

According to the lawsuit, Jones and Maggitt were upset at Bowles because he helped a woman who said she was sexually assaulted by UT football players A.J. Johnson and Michael Williams.

Bowles found the woman, a friend of his identified in the lawsuit as Jane Doe IV, crying and hyperventilating in a parking lot in the early morning hours of Nov. 16, 2014. They called 911 and arranged to meet an ambulance at Volunteer Hall.

“Bowles told Maggitt what had happened. Maggitt became violently upset, said that Bowles was trying to f*** up A.J. and suddenly punched Bowles in the mouth with great force, causing Bowles’ lip to bleed,” the filing said.

Bowles fought back before teammates broke up the fight, the filing said.

The next day, Bowles was confronted a second time. Bowles went to Smokey’s Sports Grill, the campus dining hall for athletes, and purposefully sat alone. Teammates Geraldo Orta and Marlin Lane confronted him, according to the new documents.

Before another fight broke out, football strength coach Brandon Myles physically intervened and held back Orta and Lane, according to the lawsuit. Lane and Orta followed Bowles as he left the dining hall, but Myles again intervened, the suit said.

Orta later told police that where he came from, “people got shot” for such betrayals, according to the lawsuit. Williams also told police Orta put a “hit” out on Bowles for his role in helping the alleged victim. [Tennessean]

For Butch’s part, he strongly denies all of it.

I know ESPN already made their ruling, but we’ll keep an eye on the situation for everyone interested in the truth. And if it’s not true, Butch Jones really needs to control these damn rumors always flying about him. 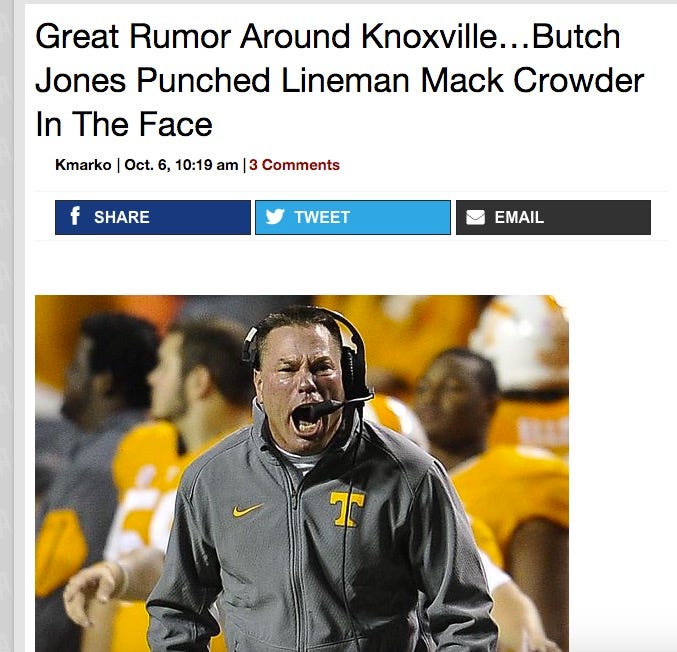