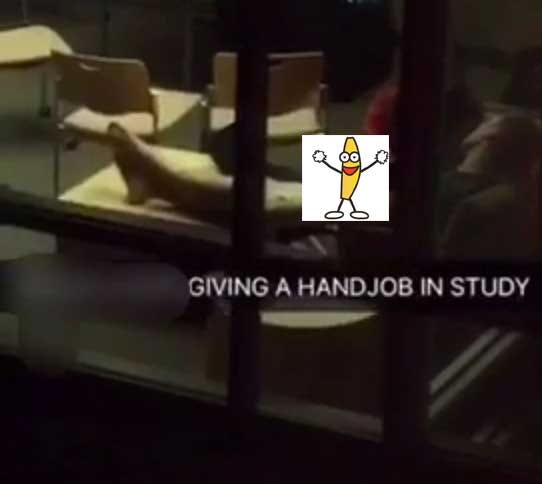 1) Those are GIANT fucking windows. Like huge. How you are courageous enough to jerk off next to movie theatre windows in a well lit room at night that probably everyone on campus can see into is admirable but completely ridiculous.

So anyway props to this guy and his dick for going viral and congrats to this woman for mastering the very 2016 skill of handjobs. Next up for this girl: Learning to use a loom or fighting off the rising menace in Korea.

PS since we’re already doing a dick blog, I’m just gonna throw in this Vine that’s going viral too but probably doesn’t deserve its own blog. NSFW but pretty funny as far as some dick’s exploding into the public eye goes:

(h/t Brendan for the tip)