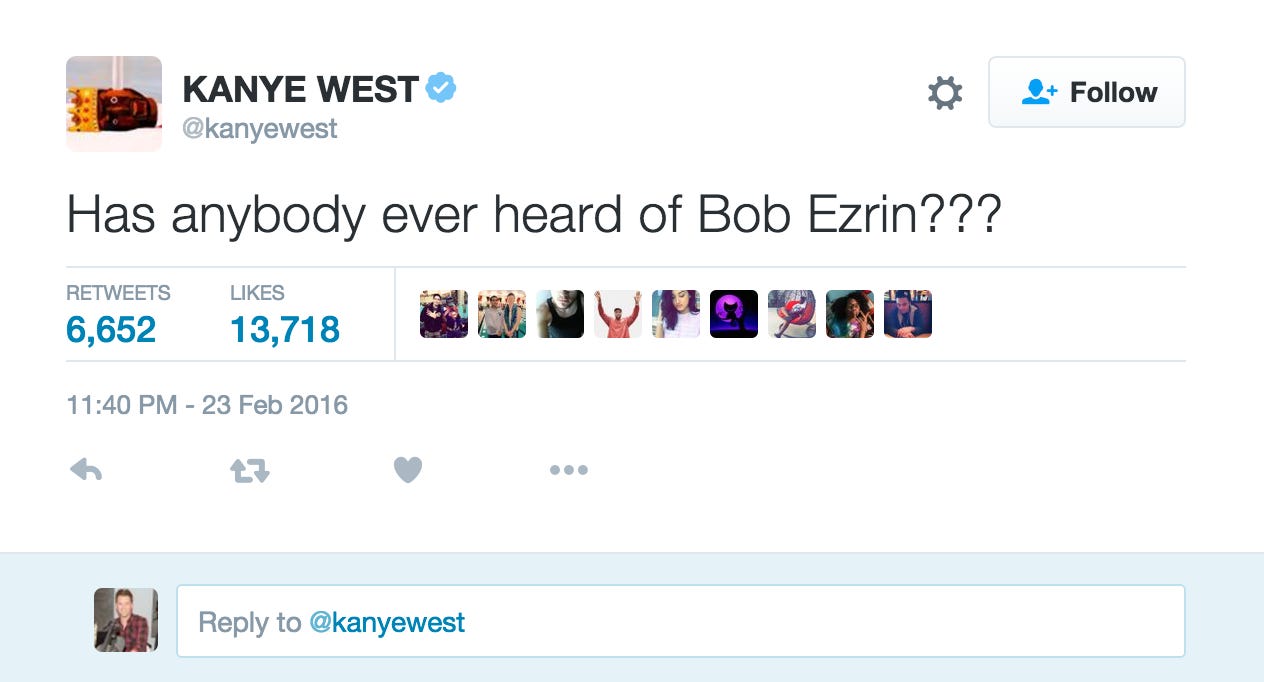 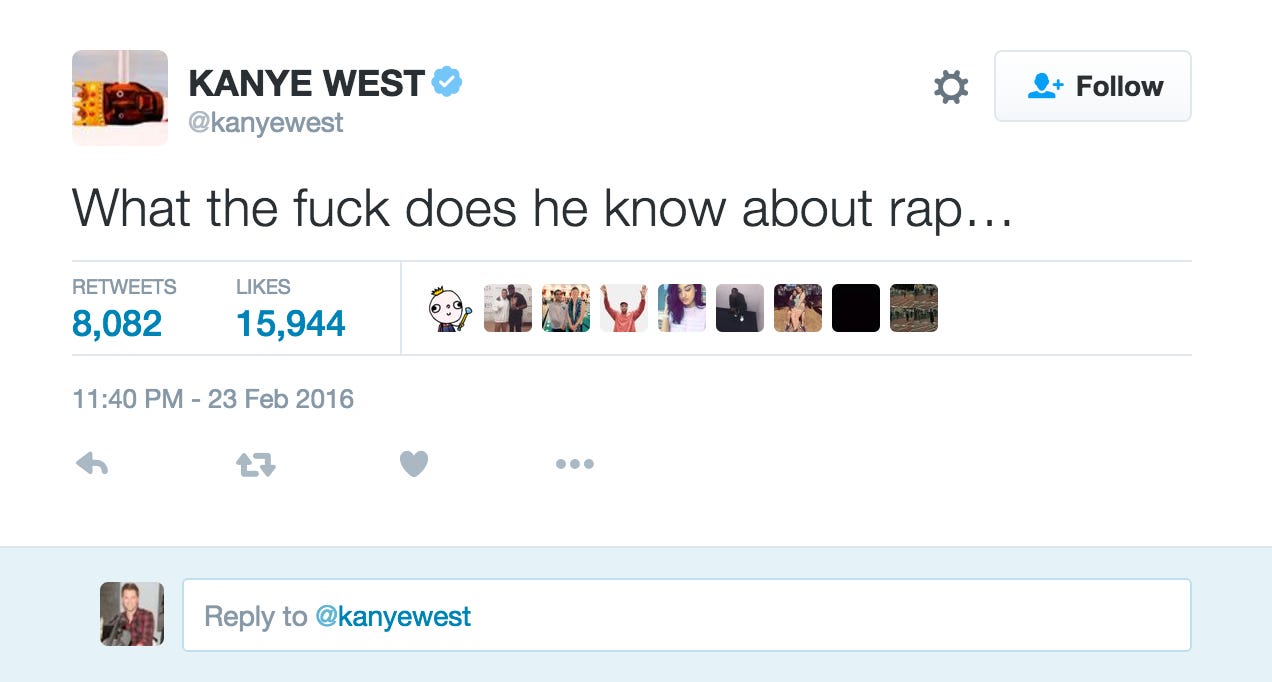 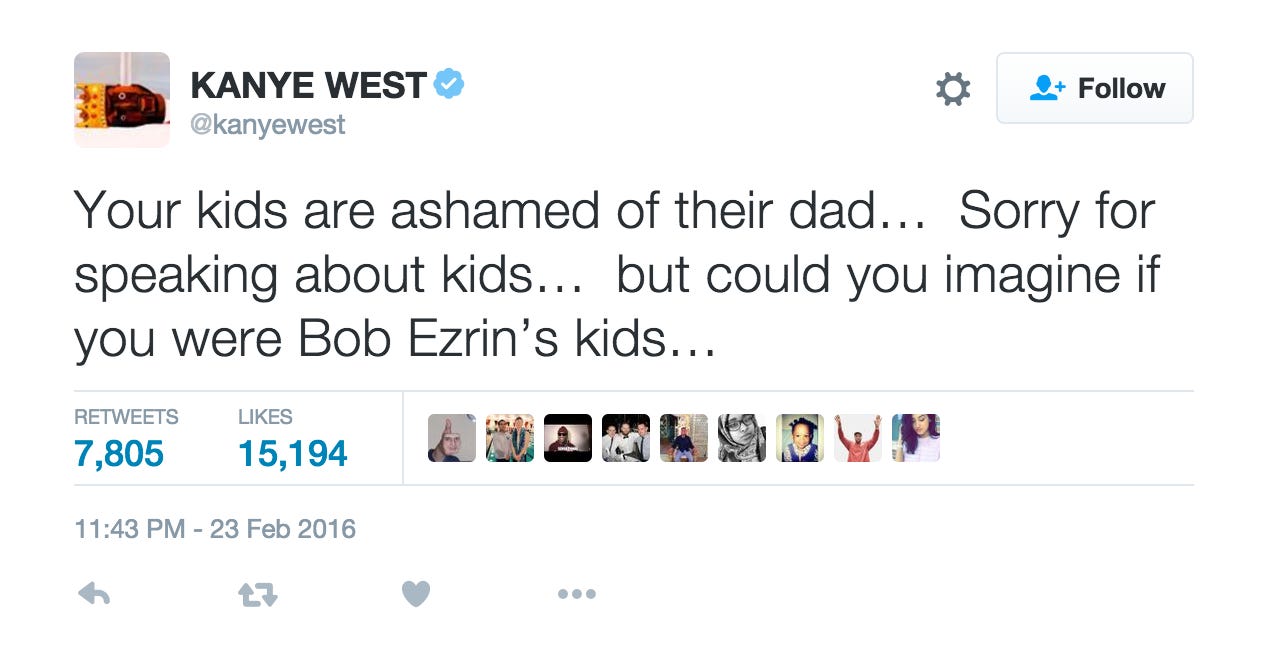 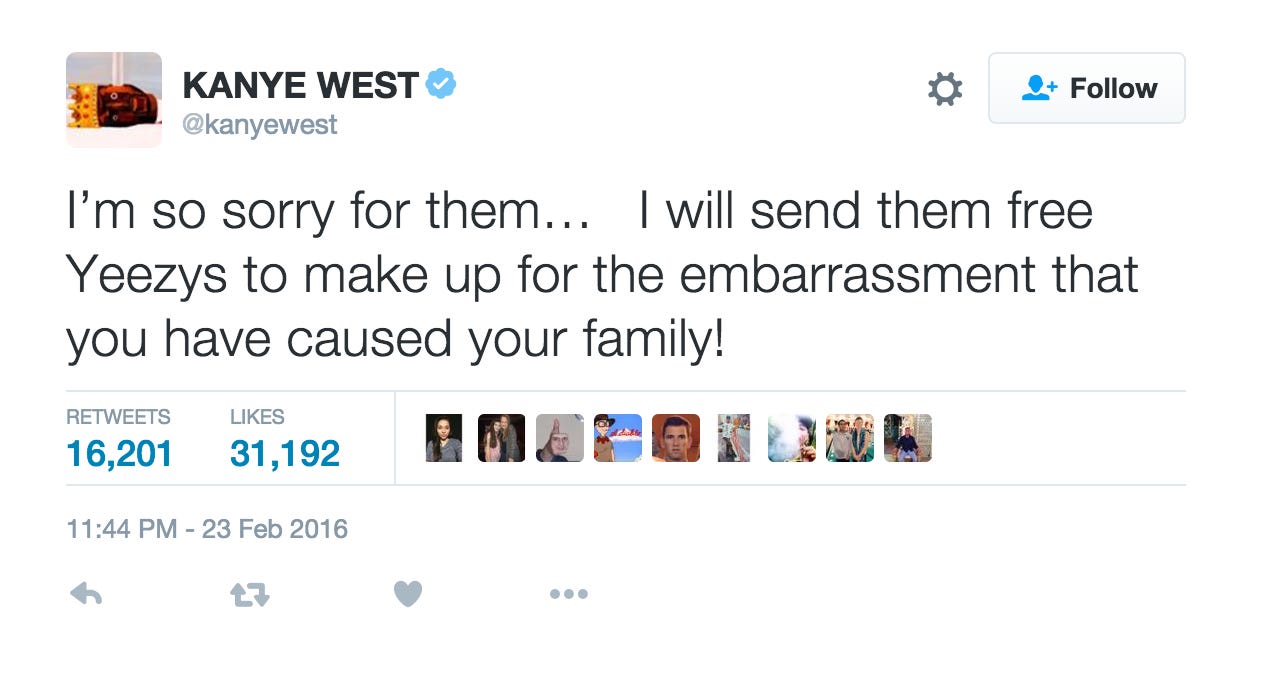 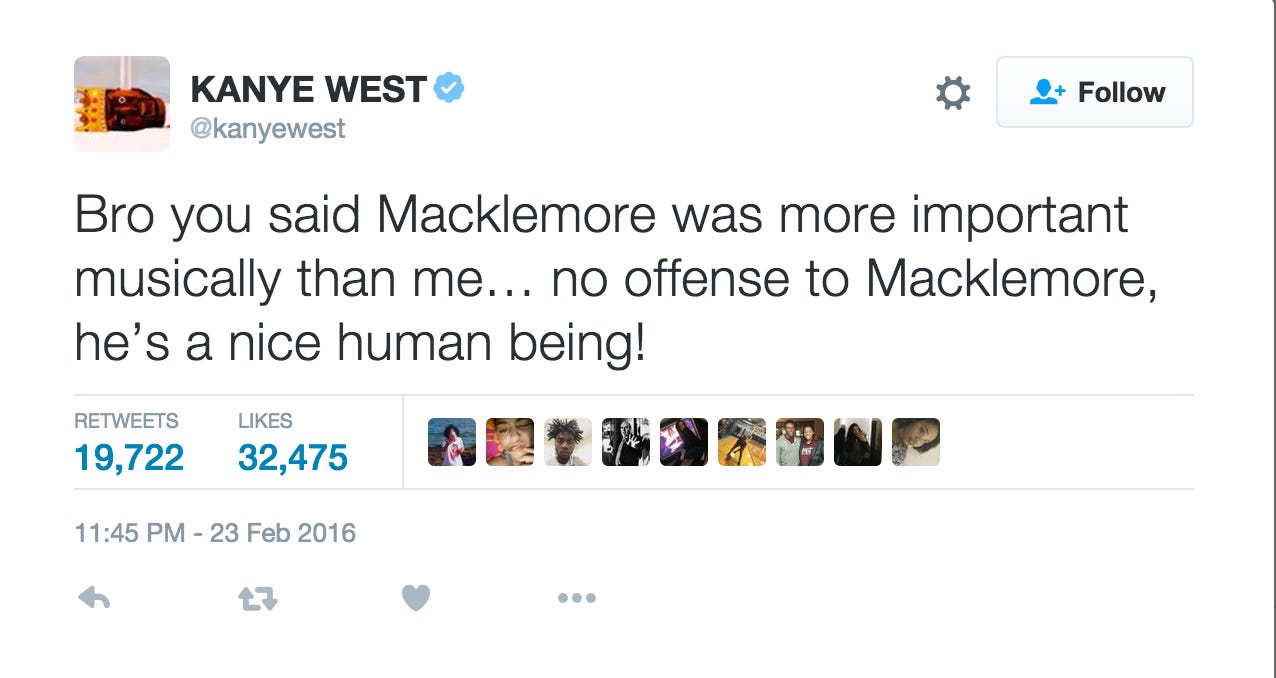 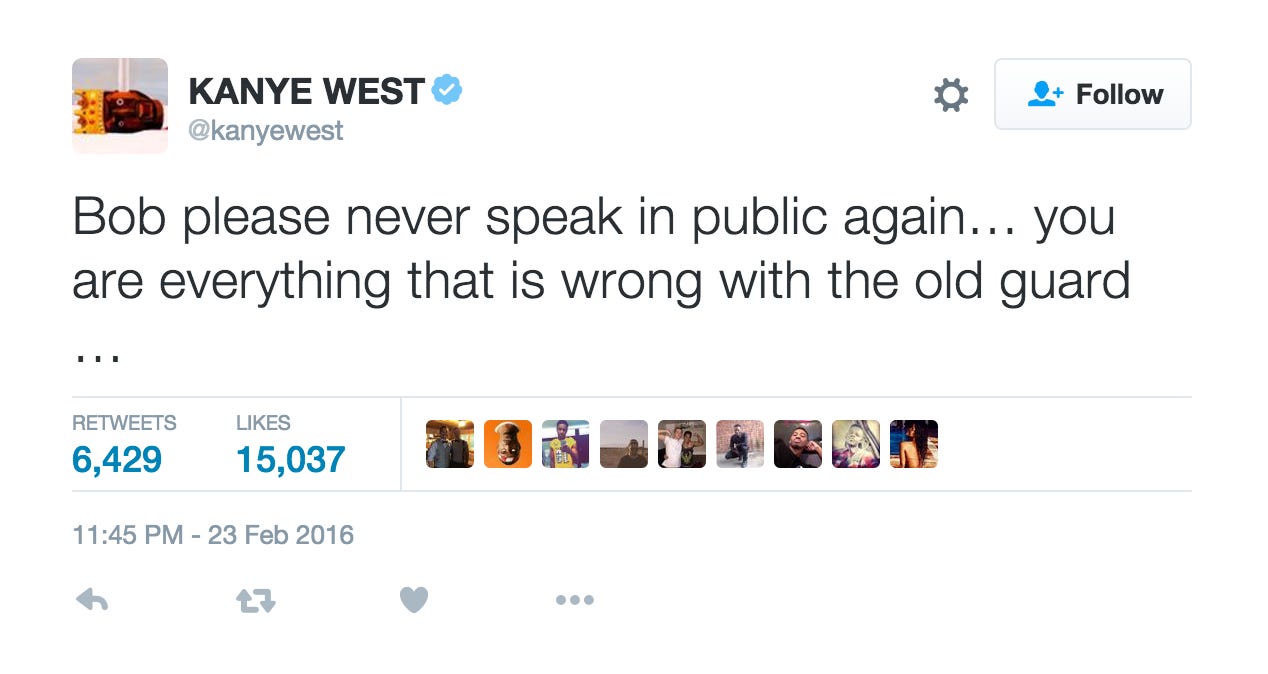 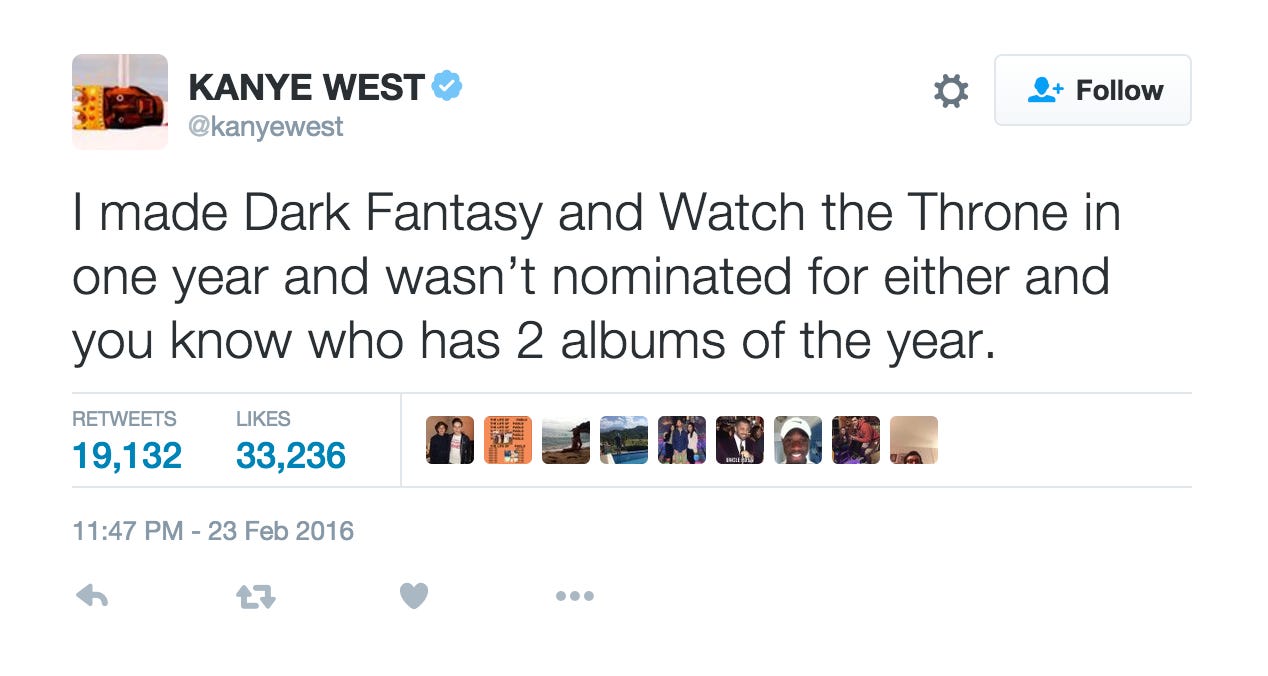 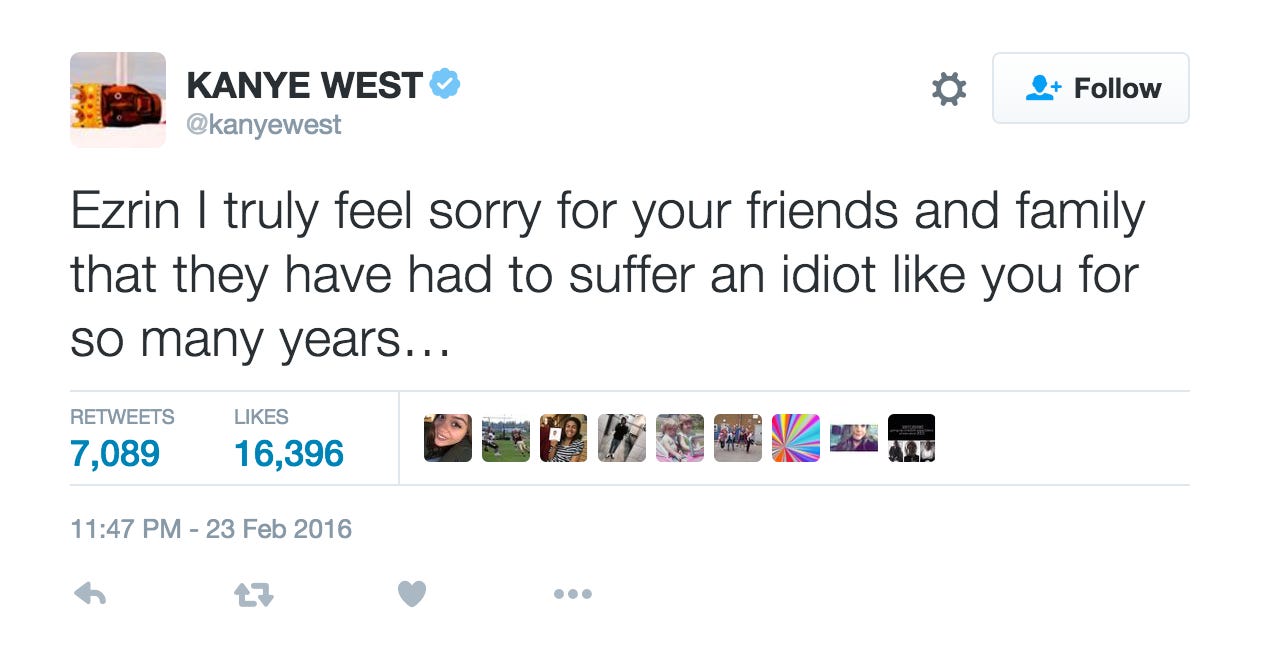 Hip Hop DX – Bob Ezrin has penned a scathing critique of Kanye West.  The music producer and keyboardist, known for his work with Lou Reed, Alice Cooper, Kiss, Pink Floyd, Peter Gabriel and Phish, writes in a post for Bob Lefsetz’s the Lefsetz Letter today (February 22) that West has made some great material, but that he isn’t on the creative level of some other prominent artists.  “Unlike other creators in his genre like Jay-Z, Tupac, Biggie or even M.C. Hammer for that matter, it’s unlikely that we’ll be quoting too many of Kanye’s songs 20 years from now,” Ezrin writes in the newsletter, which has tens of thousands of subscribers. “He didn’t open up new avenues of public discourse like NWA, or introduce the world to a new art form like Grandmaster Flash, or even meaningfully and memorably address social issues through his music like Marshall, Macklemore and Kendrick.” Ezrin writes that West isn’t on the same producing level as Timbaland and Rick Rubin and that his songwriting “is sophomoric at best.” West’s most notable achievements aren’t musical, Ezrin writes. “Instead Kanye’s greatest achievements have been in the form of excessive behavior, egomaniacal tantrums and tasteless grandstanding,” Ezrin writes. “What he is a true artist at is living his life out loud – and shoving it down the throats of the rest of us whether we give a shit or not. He’s like that flasher who interrupts a critical game by running naked across the field. Is that art???”

“I lament for a world where being truly, world-shakingly excellent at anything – at least in the field of popular music if not elsewhere – is no longer absolutely necessary,” Ezrin writes. “You can be a star today just by creating a public life that people pay attention to. That’s it. All you have to do is be interesting or likable or shocking enough and you can have your 15 minutes of fame…even if that means that no one will remember you or what you’ve done in just a few years. Line ‘em up. How many “popular artists” have come and gone in just the last decades. In my mind (which is a pretty busy as often too judgmental place, I will admit) real artists make stuff that changes the world and LASTS.

Kanye getting his Trump on. Someone doesnt like me? “No good. Very stupid. An embarrassment, really. Sad.” “I will send his family some shoes to make up for him being an idiot.” Its ok though, he ended everything with a Positive Vibes Only. When you drop a P.V.O. its all good. Erases all the blatantly negative vibes you just put out there. I’ll tell you what – Positive Vibes Only could be Kanye’s greatest contribution to the world. Not TLOP. Not all his beats. Not his shoes or his clothes. This move where you can say whatever you want and then PVO. Gonna use that on the Rundown from now on. “Dave you cheap Jew bastard! Insecure fucking mid life crisis prick!….Positive Vibes Only.” Doesnt count anymore!

As for the actual argument at hand…I’m torn. Split right down the middle. On the one hand, Kanye playing the “what does this guy know about rap?” card is dumb. Now I’ll admit, I’m not exactly in a rush to hear this dude’s opinion on rap: 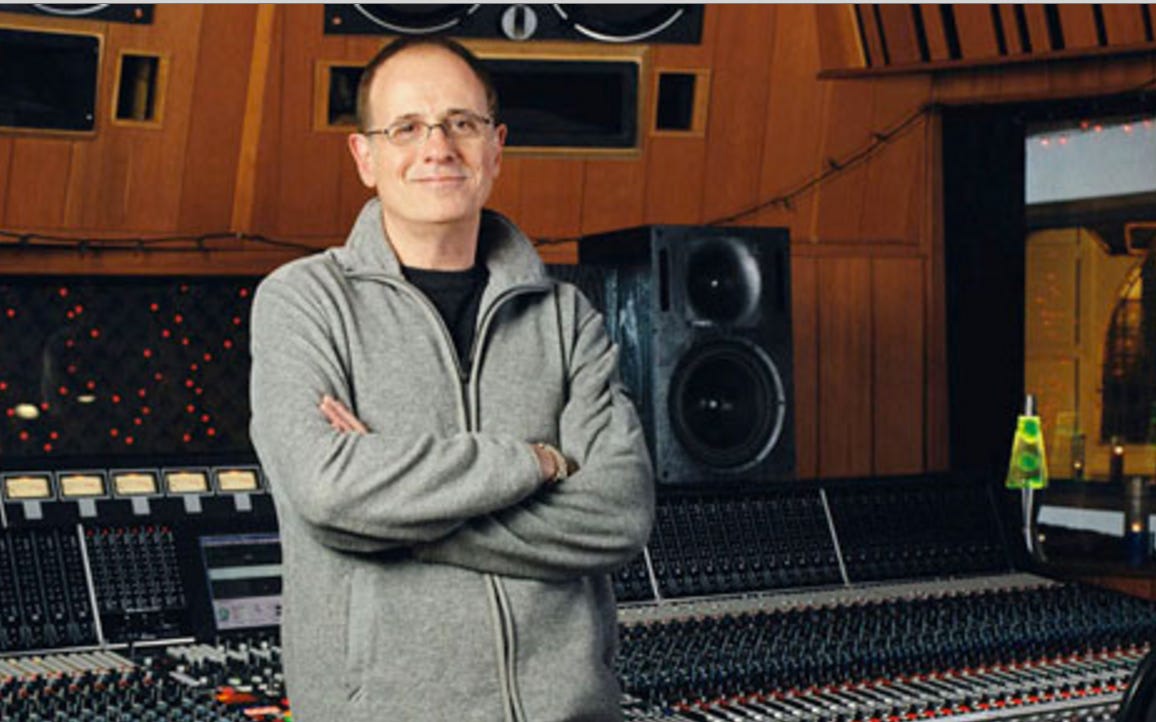 But he’s worked with legendary artists. From KISS to Pink Floyd to Alice Cooper to Phish. The dude has a pretty illustrious career in the music industry. To completely disregard anything he says about a musical act just because he’s an old white dude is lame. Not to mention, its not even like Kanye makes traditional rap anymore. What the fuck does Kanye even know about rap music anymore when half his songs dont sound anything like rap at all? Dude wants to transcend traditional musical boundaries and shit and then get mad that a person who doesnt fit the stereotypical cookie cutter hip hop mold is talking about his music? Get lost. Thats some ignorant shit.

Bob Ezrin dropping MC Hammer and Macklemore as legendary rappers that will be remembered more than Kanye is just a straight troll move, though. Which is unfortunate because a lot of the points he made about Kanye are valid. This wasnt really a review of Kanye’s latest album – he admits he hasnt even listened yet. But more of a critique of the career and overall persona of Kanye. A lot of his points about him in that sense are true. How he’s a hype machine and his greatest skill is being as loud and provocative as possible to constantly be at the top of the marketing game. Thats all dead ass true. But to just completely discount any of his music and say “He’s not Macklemore!” makes it hard to take all that other stuff – as true as it is – seriously.

So this whole thing is a childish, insecure egomaniac lashing out against a dude who wrote a troll review. I think ultimately Bob Ezrin wins though…because way down the line when all this dies down, people will always talk about how The Life of Pablo was received and what the public and Kanye’s reactions were to the album as opposed to the album itself. Which is kind of exactly what Ezrin’s point was. And also it sounds like Ezrin’s kids are getting free Yeezys, so thats huge too. Kanye can call my mother a Seaward to her face if I can get some free Yeezys. Sell those shits real quick and pay for like half a month of daycare.