Editor’s Note – Having Ed drop the most random and detailed bull riding blog of all time might be my favorite thing that has happened at Barstool. Could not have been more out of left field and I absolutely love it. We’re in the bull riding business now, boys. Buckle up.

We’ve got a big weekend coming up with the Iron Cowboy going on at Jerry World and I just wanted to lay some quick and easy foundation to get people ready for it. Heres a little up to speed if you’re just catching onto the PBR season now that the NFL is done.

Paulo Lima bursts onto the scene but then cools off

The fearless rookie came into the season with a bang, winning the Buck off at the Garden. Lima cashed a nice 129,500 dollar check after the New York event when he went a perfect 4 for 4 on the weekend. He even showed off a set of brass balls by choosing to ride Cochise for a $25,000 bonus. Since the big win Lima has slipped down the ranks to #2 in the world, but nevertheless it’s a very impressive early storyline thus far.

Also if you need a reminder heres what Cochise did to Silvano Alves in that same weekend:

Silvano Alves still competed the next day if you were wondering.

Bulls to keep an eye on this weekend: 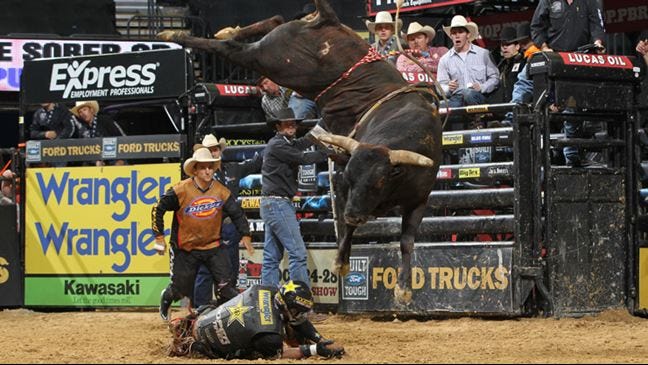 If you’re a little unfamiliar with the sport, Asteroid is one of the best bulls of all time. He unfortunately doesn’t have many titles because he was in the same era as Bushwacker but he unexpectedly came out of retirement a couple weekends ago at the PBR Bass Pro Chute Out in St. Louis.

Asteroid quickly picked up right where he left off bucking off Joao Ricardo Vieira. It’s going to be fun to watch him take on his second action of the year.

Air Time had a good year last year and is a popular pick to be the World Champion Bull this year. He had success earlier in the season bucking off Ryan Dirteater in Oklahoma City and with Jared Allen riding off in the sunset in his retirement earlier in the week I expect Allen to be in attendance which will sweeten up the pot a little bit.

Full disclosure here: I have no idea if Percolater is competing this weekend but if he is he’s definitely a bull to watch simply because of how fun it is to hear an announcer with a country accent pronounce his name. 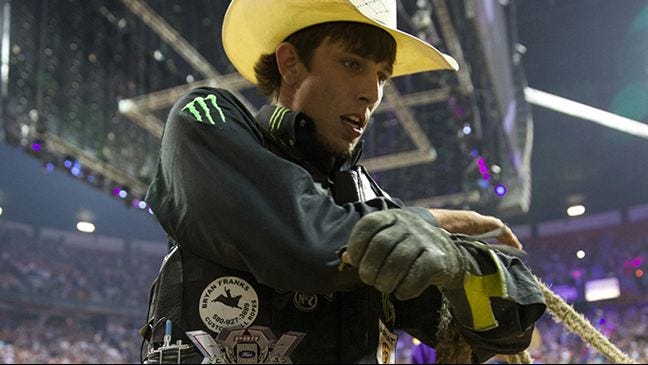 It didn’t take long for Mauney to overcome Lima and regain the #1 spot in the standings. Coming into this year Mauney had never won a 15/15 Bucking Battle and now he’s won two in consecutive weeks. The man is just a freak of nature and continues to ride any bull that you put in front of him. The only thing that’s stopped him was a little bout with food poisoning in Anaheim. As far as this weekend goes, Mauney did win the Iron Cowboy in 2012 and he’s my pick to win it again this weekend. Boring pick, it may be, but betting against Mauney is not for me.

Who do you think is going to win this years Iron Cowboy? Tweet me your picks @eddiebarstool 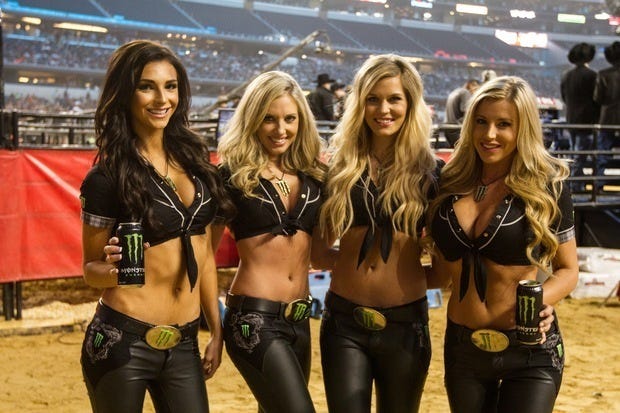