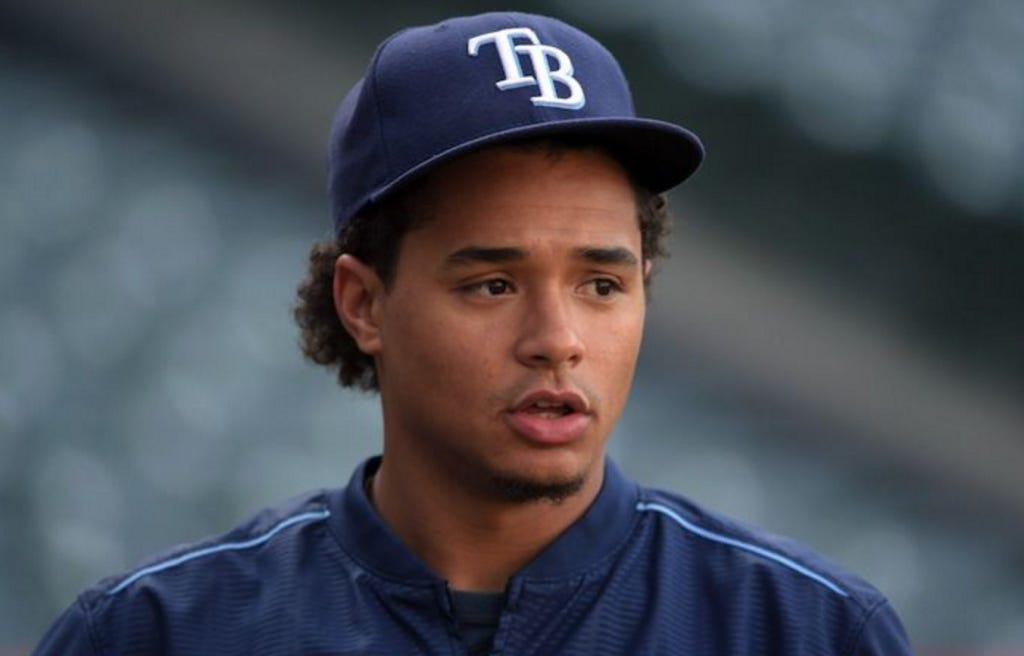 You know the kid in class who reminds the teacher that they haven’t checked everyone’s homework yet when there’s two minutes left? That’s Chris Archer.

According to the story, the Tampa Bay Rays had a team meeting at 9am, and right-handed pitcher Jacob Faria and left-handed pitcher Blake Snell showed up at 8:30am, which was completely unacceptable for Archer.

“You guys are the last two pitchers here,” Archer said to the two minor leaguers with reporters standing at his locker. “You guys have zero service time. You got no right to be coming in after me, really. I get here super early. I wouldn’t expect you to be here at 6:30, but 8:30?”

This is one of the dumbest spring training stories you’re ever going to read. Really, dude? They’re a half an hour early, and you’re pissed because you got there before that? So what? Good for you! Clap it up for Chris Archer, this morning’s recipient of the I Got Here Before Everybody Else Award! Gold star for you!

They’re early, and you’re just really early. Who gives a shit, as long as they’re there before the meeting starts? This fucking guy wants to act like he’s a ten-year veteran, being a hardo to all of the rookies. You want to talk about service time? This is only your fourth full year in the big leagues. And need I remind you that in your FIRST full season at the major league level, you were kissing your bicep and stomping around the mound like an asshole for striking out a fourth outfielder in the fourth inning of a regular season game. Oh, and then you cried when David Ortiz took you deep and pimped his shot. You want people to act a certain way when it’s convenient for you.