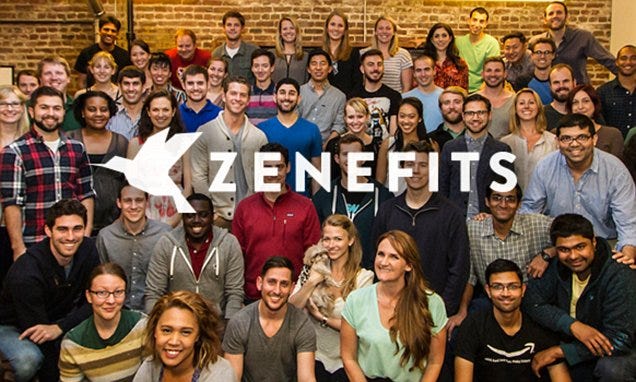 WSJ-  Zenefits’s new chief executive, David Sacks, last week banned alcohol in the office of the health-insurance brokerage startup as he tries to reverse its rambunctious culture, especially among sales staff.  But it wasn’t just drinking booze that gave the San Francisco headquarters a frat-house feel.  Last June, Emily Agin, the company’s director of real estate and workplace services, sent a note to San Francisco-based employees to cut out crude behavior, lest the company lose access to the building’s stairwells.

The email, reviewed by The Wall Street Journal, read in part:  “It has been brought to our attention by building management and Security that the stairwells are being used inappropriately….Cigarettes, plastic cups filled with beer, and several used condoms were found in the stairwell. Yes, you read that right. Do not use the stairwells to smoke, drink, eat, or have sex. Please respect building and company policy and use common sense…”

In a series of memos to staff this month, Mr. Sacks said it is important to cultivate a more mature work atmosphere befitting a company in the highly regulated health-insurance industry. In a note to staff on Wednesday instituting a new alcohol policy, Mr. Sacks said “it is too difficult to define and parse what is ‘appropriate’ versus ‘inappropriate’ drinking in the office.”

Such a dumb move by Zenefits.  You don’t draw premium talent by having a narc as your CEO.  You get it by being the place that is on the cutting edge of technology while also turning a blind eye to some boozing and banging in the stairway.  Did these idiots watch one minute of Wolf of Wall Street?  Sex, drugs and throwing midgets against a bullseye is how you make money.  How many championships do colleges with dry campuses have?  Exactly.  And the Giants didn’t win any playoff games or championships under General Coughlin until he loosened up the rules.  Nobody wants to be in the dorm with the asshole R.A.  And until Zenefits reopens the stairway as the boom boom room again, the company is screwed.  If it ain’t broke, don’t fix it.  Be the bad boys of the health insurance industry again or watch your company die, David Sacks.  If that means allowing at the very least beer and hand stuff in the stairway, so be it.