By now, you’ve seen the picture. Pablo Sandoval showed up to spring training just as heavy, if not heavier than last spring. Normally, that’s par for the course. But the Red Sox specifically asked Sandoval to show up to camp in better shape, and he just showed up as a shape.

That’s not even the worst part. The worst part is that the Red Sox are now enabling this issue. Red Sox President of Baseball Operations Dave Dombrowski seemingly brushed off Sandoval’s weight as a non-issue.

“He’s always been a big guy,” Dombrowski said Monday. “He has one of those bodies that is not a svelte body, and I’ve been around other people in that regards. Our people here, once he reported the first day, he did drills, they said he moved around great, better than he did last year at the end of the season. You could tell he was in better shape, so, no, I don’t have any concerns more so than I would with anybody else, other than we just have to realize you’re always going to have to stay with him because you can’t let that slip, the work ethic that he’s had this winter. And I think he’s prepared to not let that slip because I think he’s committed to coming back and having a very good season for us. So, no, not really. He’s got one of those bodies – they call him Panda for a reason – and really he’s the same as he’s been throughout his whole career.”

I would totally agree with this line of thinking if it were actually true. But the truth of the matter is that Sandoval hasn’t always been outright fat. He was actually a pretty in-shape guy at one point in his major league career, and it just so happens that he had the best season of his life after he got in shape. And Dave, I like you a lot. Thank you so much for David Price and Craig Kimbrel, but please stop enabling Sandoval. They call him Panda for a reason? Yeah, because he’s fat, but he wasn’t always fat, and he shouldn’t be now, either. 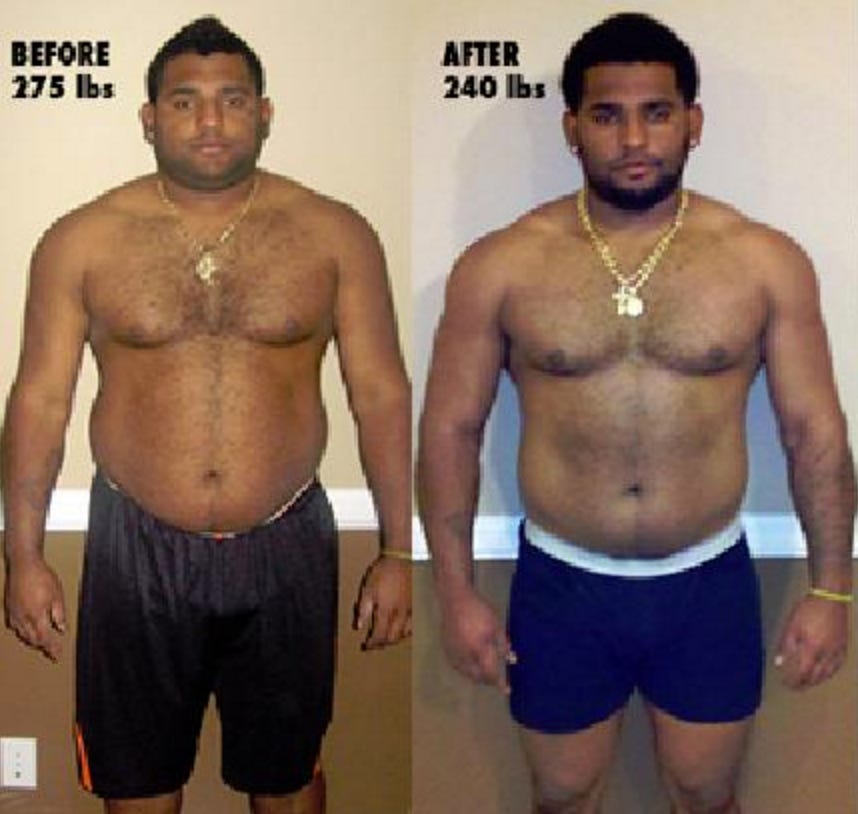 As I’ve said in the past, I fully acknowledge that Sandoval has always been on the heavier side in general, and he’s performed at an acceptable level with the extra weight. But when was his best season? In 2011, Sandoval hit .315 with a .909 OPS, which just so happens to be the same year that he showed up to spring training having lost 35 pounds over the offseason. Trust me, I’ve heard the “he’s always been fat so it’s not an issue” argument a thousand times. Well, are you going to tell me that there’s no correlation between his drastic weight loss and drastic improvement in performance? I’d love to hear that theory.

I’m not doubting that Sandoval put in hard work over the offseason. By all accounts, he was up early and in the gym working hard almost every day. The problem, obviously, is that his diet was complete shit. Giants TV broadcaster Mike Krukow made headlines yesterday for saying that he believes Sandoval has an eating disorder. The man just simply can’t help it. And if that’s the case, as I said with Felger, he needs to address the issue. Sit down for one second, and realize that a team has invested just under $100 million in you, and you have a responsibility to give them a return on that investment. Yet here we are, the second you report to spring training, everyone is talking about your weight. Again. All indications were that a major reason why Sandoval left San Francisco to come to Boston, when both teams made similar offers, is because he didn’t like how the Giants organization got on him for his weight. Well, who the hell advised him that it would be any better in Boston? They should be fired.

Sandoval turns 30 in August, and he plays the physically demanding position of third base. If you’re one of those fans who thinks that his weight is no big deal, just wait till you see how he holds up over the duration of this contract. Come talk to me in four years.

Oh, and one more thing. The Red Sox front office should probably get on the same page in regards to if Sandoval’s weight is an issue or not.