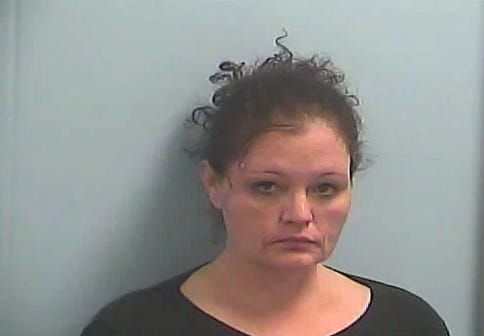 Kxan - A waitress has been arrested on charges that she spiked a co-worker’s drink with methamphetamine during their late-night shift at a Waffle House in northern Georgia, causing the drugged man to be hospitalized in a comatose state.

Dawson County sheriff’s investigators spent nearly two months collecting evidence and interviewing witnesses before they arrested 43-year-old Sonserea Dawn Evans last week, said Capt. Tony Wooten, the sheriff’s spokesman. She remained jailed Thursday on charges of illegal drug possession and aggravated battery. Waffle House’s corporate office shared restaurant surveillance video with investigators, which Wooten said showed Evans picking up the co-worker’s cup when he stepped outside for a break, then taking the cup toward the bathroom. She returned and set the drink down before her co-worker came back inside.

I am confused about the details of the story though- when it comes to ways to try and kill someone, slipping meth in their drink doesn’t come to mind. Was she trying to kill this person, or just trying to get them really high and the person was a pussy and almost died instead? Because it seems like the latter. Like a good ol’ fashioned prank. Ever had someone give you a brownie but you didn’t know it was a “brownie”? Same thing here. In my opinion, the woman thought she was just pulling some wacky hijinx on her coworker, not trying to kill him. The ol’ meth in the soda trick, a Waffle House tradition unlike any other. They’re going to have to put something in the training video about that.