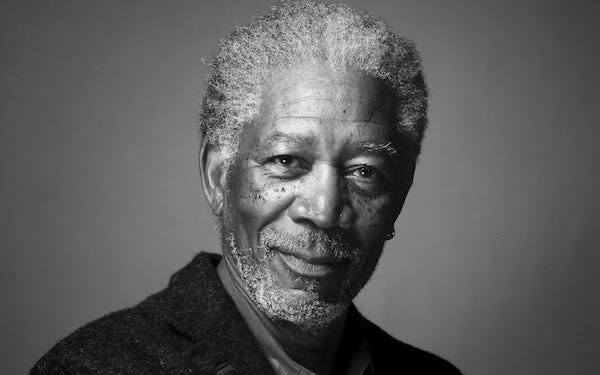 Entertainment Weekly- Life is full of questions: Where are we going? How do we get there? Who will guide us? Experience has taught us there’s really only one person we can fully trust for those answers: POTUS, Red Redding, and the voice of God himself, Morgan Freeman. And now he’s ready to firmly-but-gently give us the advice we so desperately need – as a GPS navigation voice.

Freeman is the latest celebrity voice to be added to Google’s free navigation app, Waze. So now you can rely on Freeman’s dulcet tones to explain that you need to make a left turn in half a mile to get to Starbucks.  Of course, Google isn’t just paying Freeman who-knows-what to create some joy in our drive-time lives. The voice feature is a marketing tie-in for Freeman’s upcoming film, London Has Fallen (the sequel to Olympus Has Fallen). Freeman plays the vice president in that movie, and he addresses you, the driver, as if you’re the president, which is a bit odd – sort of like non-sexy commuter roleplay with Morgan Freeman.

Brilliance.  Whoever came up with this idea needs a promotion, raise and corner office.  The silkiest, smoothest voice of all-time, like velvet mixed with peanut butter, right in your very own phone.  GPS voices are like relief pitchers.  You like them until shit goes wrong.  And then you have flashbacks of that one awful trip/relief appearance every time you have to hear/see them.  However, that will not be the case with Morgan Freeman’s voice.  It is the Mariano Rivera of voices.  The voice of God, both figuratively and literally (in Bruce Almighty).  Freeman’s voice should have its own star on the Hollywood Walk of Fame.  Utter perfection.  You miss that turn because you weren’t sure if it was before or after the light?  No need to worry, because you know Lucius Fox will get your ass to your destination in one piece.

And on those days when nothing is going you way, you can put Zihuatanejo in as your destination and just imagine you are Andy Dufresne on the beach talking with his old friend Red.