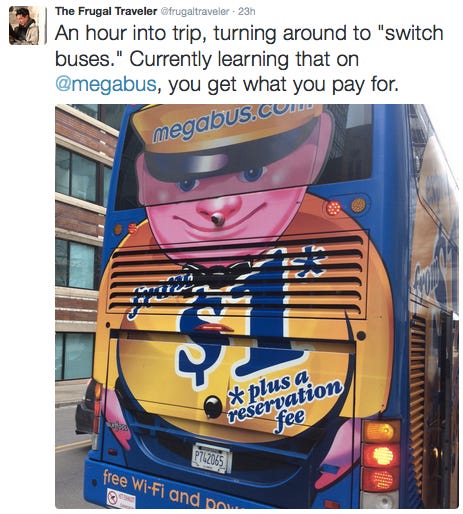 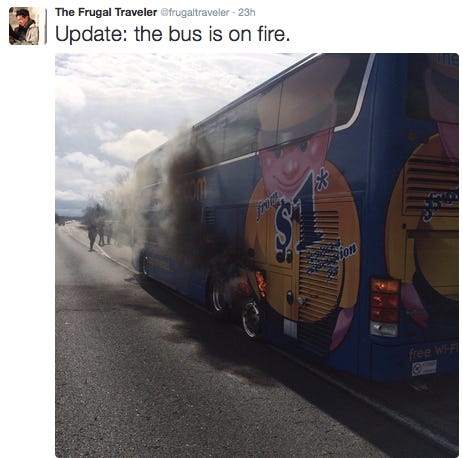 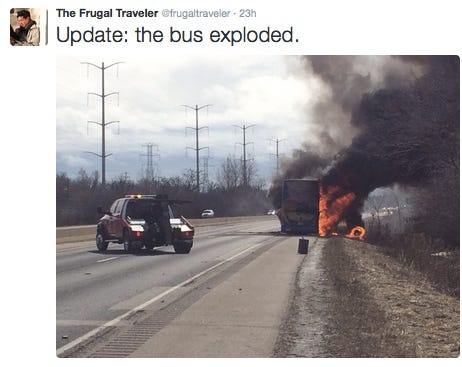 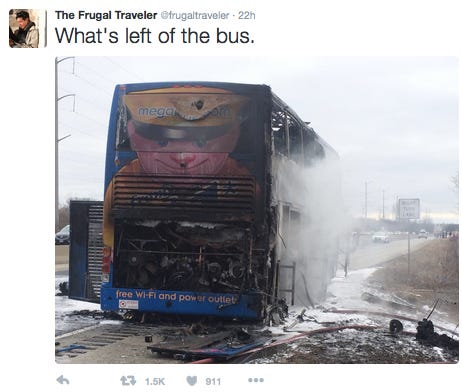 Is this something that “The Frugal Traveler” even has to waste his time testing out? I get that it’s in your name, and I assume that the focal point of your articles is traveling on a budget, but MegaBus isn’t exactly one of those things that are a mystery. It’s not something people haven’t tried. We don’t need a review. Like this review is comparable to having a column called “The Frugal Foodie” and deciding one week “Too poor for food? Have you tried rat poison?” It’s going to end poorly and everyone on earth knows that because we’re all legally bound to have something inside of our head. Doesn’t even have to be a brain, put a box of rocks in your skull and you’ll still inherently know that rat poison is bad for you and MegaBuses explode.

I did appreciate him shaming all the poor people he rode the bus with though.

“I suppose I could just write their stories, but you’re gonna want to see Alexei O’Brien. Man, oh man, does he look like an asshole. You’re not even gonna feel bad that he lost his homework.” 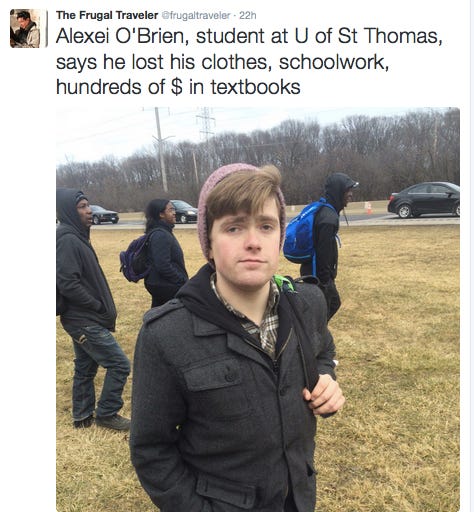 “And Darnell? Pretty sure this guy is homeless. If you’re moving on a MegaBus you’re not really *moving,* you’re choosing to live without a house in a different location.” 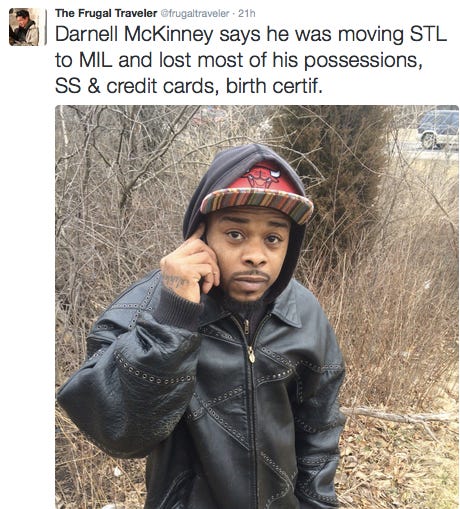