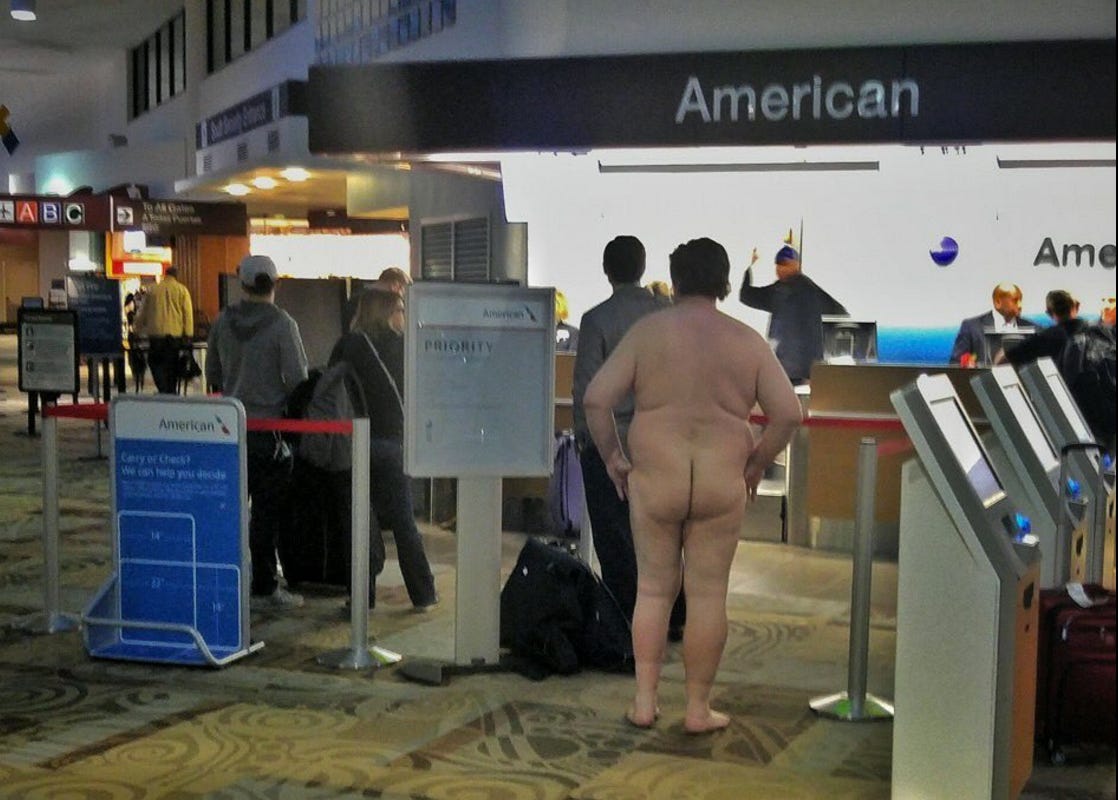 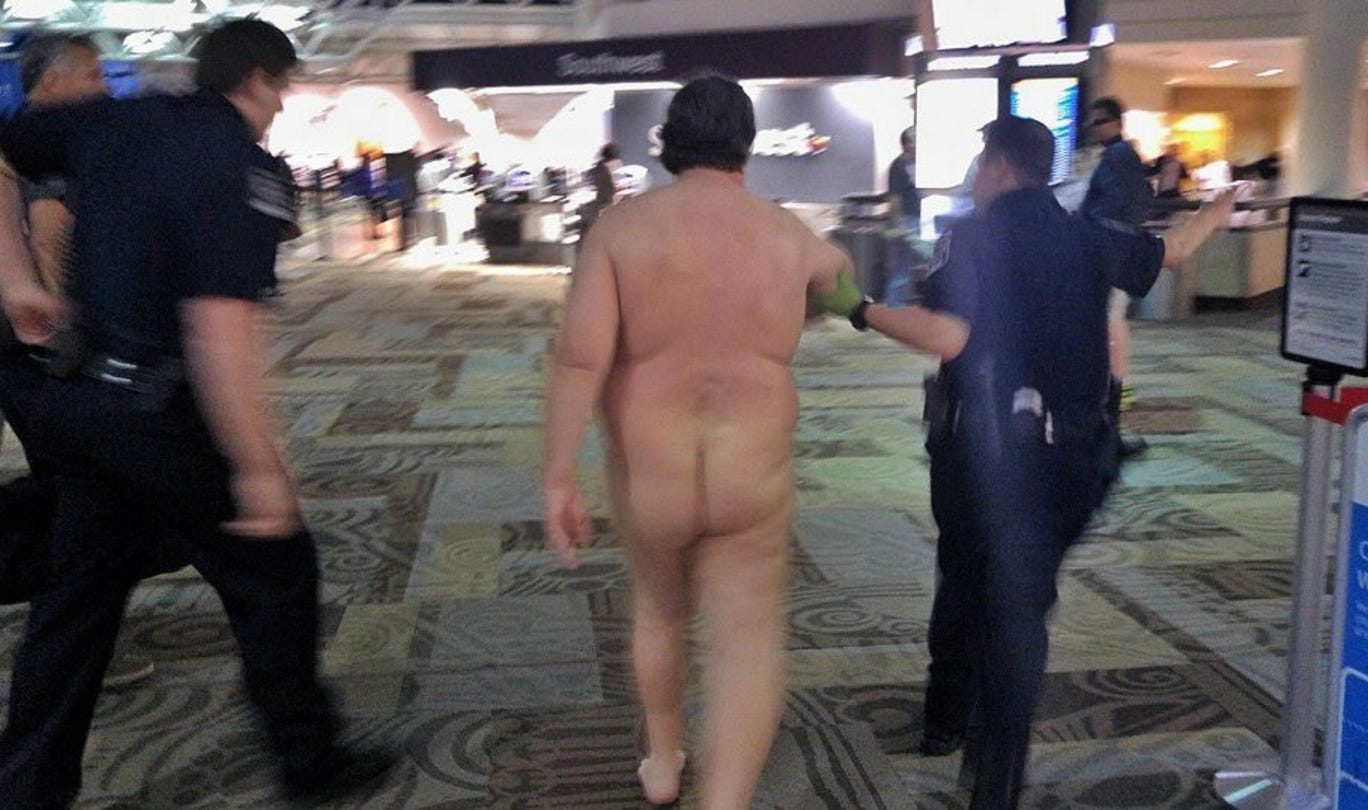 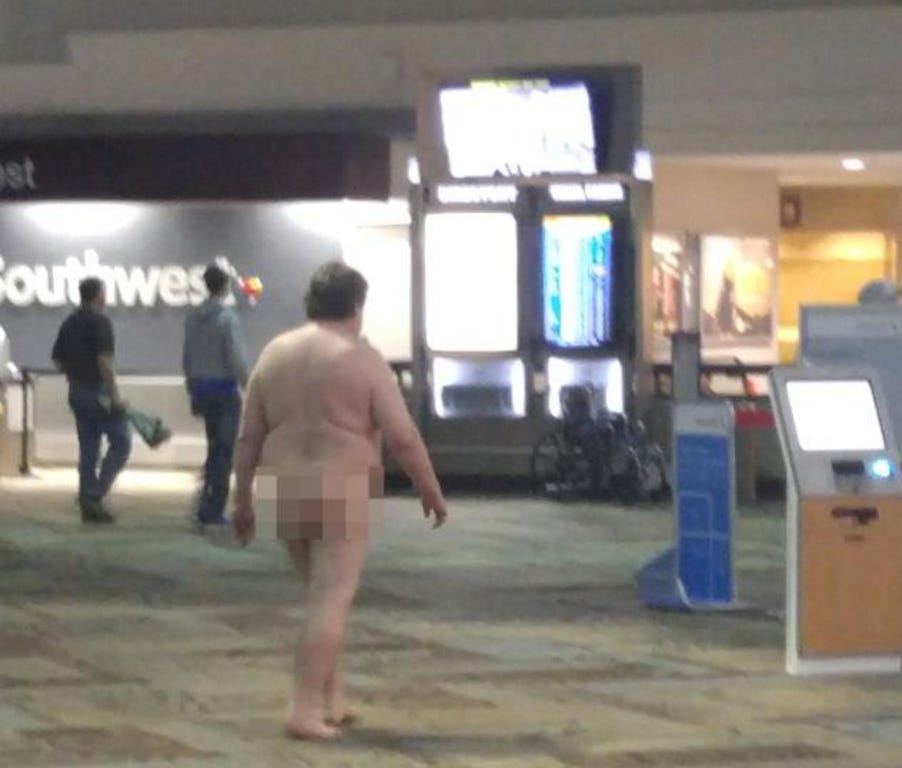 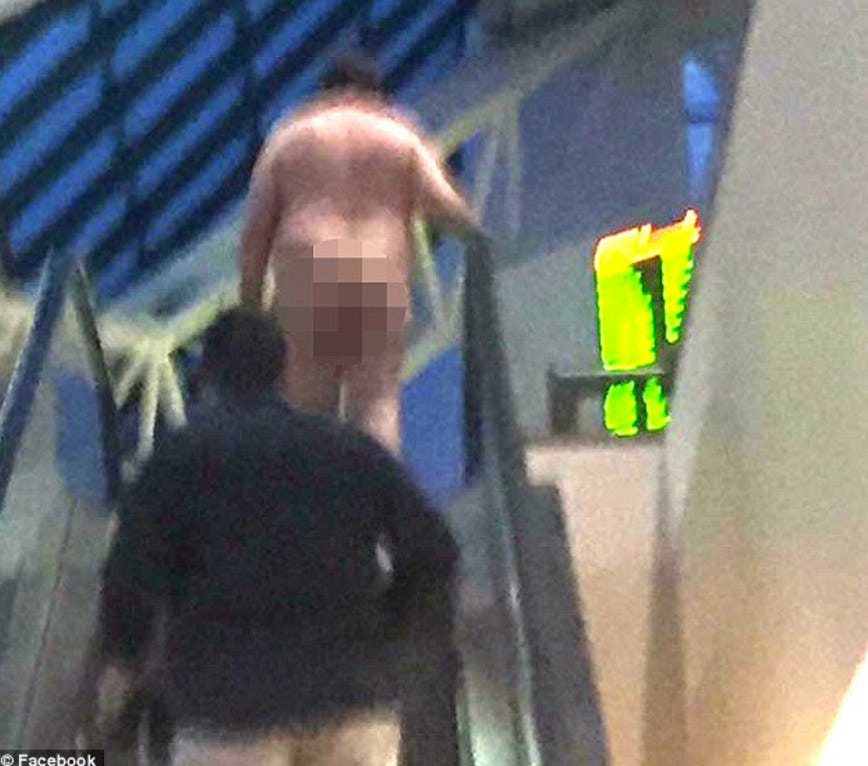 Daily Mail – A man who walked into Nashville International airport completely naked on Sunday was arrested for public indecency, police said. Travelers were shocked to see the man wait in a check-in line and walk through the airport with no clothes on. The man has not been publicly identified and is in police custody for public indecency, a BNA spokesperson told WSMV.  Tod Brilliant, a man traveling from California to Nashville for business, captured the moment and shared the images to Facebook. ‘So this just happened at Nashville airport,’ Brilliant said in the album’s caption. ‘I walked up to him and said “You’re amazing”. He replied, “Thanks”. Then they came for him.’ ‘I was pretty impressed with Nashville. Aside, from a few people who’s jaws were dropped everyone else was doing their thing, going on business as usual. It was a great start to Nashville it’s a great city,’ Brililant later told WSMV. This is not the first time the man has been arrested. Airport officials said they have seen him walking outside the airport without clothes in the past, but this is the first time he was seen inside the terminal.

Kept reading articles about this dude waiting to hear the reason he was naked. Like some sort of protest against the TSA or something. Someone saying that security is encroaching on their freedom or something. Nope. Nada. Zilch. Dude just wanted to stroll through the airport with his droopy buttcheeks. Ass looking like some lumpy pizza dough. No rhyme or reason. Just pulling a Naked Man at Nashville International. God bless him.

Best part is the airport officials being like “Oh yea thats the naked dude. Walks by here naked all the time. Never came in before though.” Oh ok cool. No big deal then. Its just Naked Dude. Whiskey, live music, chicken fried chicken, and Naked Guy. Thats what Nashville does!