It was a busy offseason this past winter, with the New York Yankees being the only team not to sign a free agent (I know, right?). Spring training gets old pretty quickly. After the excitement of players reporting, and all the firsts (first report date, first workout, first game, first nut adjustment), fans get antsy and just want to get the show on the road and start the season. But, while we’re still in that short window where spring training is actually exciting, it’s always fun to see all of the new players who showed up to camp this year wearing a new jersey. Here are the top players to change uniforms this past offseason. 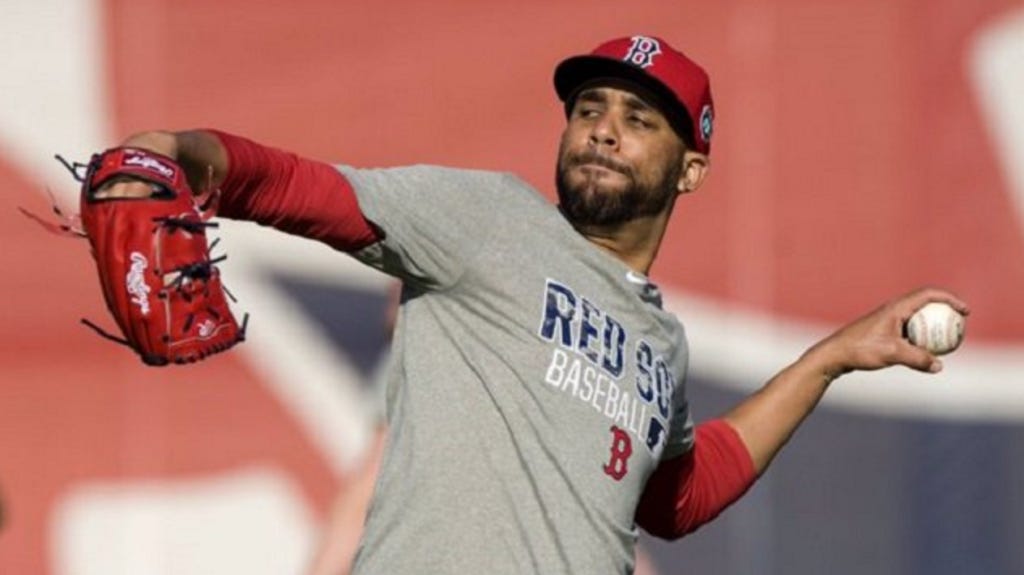 David Price: The Red Sox needed an ace, so they went out and got the best one on the market for just 21,721,721 easy payments of $9.99. Price returns to the American League East where he won a Cy Young Award with the Rays, and will call Fenway Park his new home, where he owns a 1.95 ERA in 11 career starts. 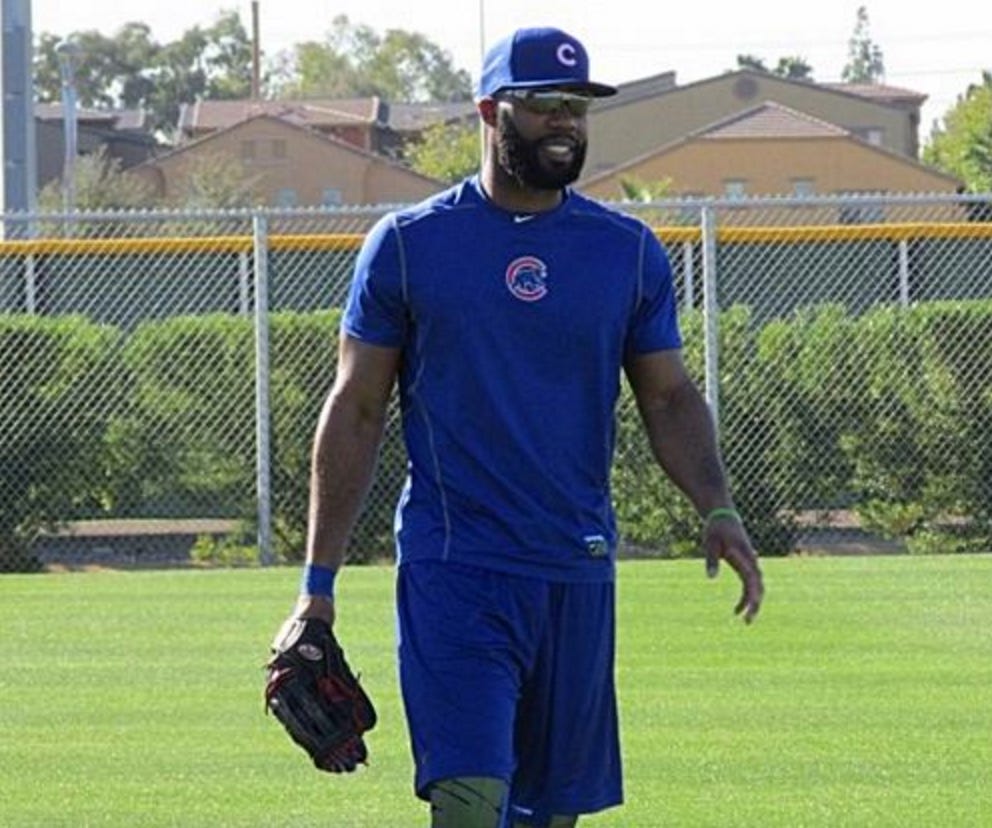 Jason Heyward: The best available free agent position player on the market, Heyward continued to fuel the flames of the hottest rivalry in baseball by going from the St. Louis Cardinals to the Chicago Cubs. With Jorge Soler in right field, Heyward will be switching positions and moving to centerfield, making one of baseball’s best teams last year even better.

Zack Greinke: Will it be the Dodgers? Will it be the Giants? Will it be the Red Sox? Nope. It’s the Diamondbacks, and they are for real. If one of Arizona’s major selling points to Greinke was that they’re playing to win now, they weren’t bullshitting. Greinke joins an Arizona team that is right in the thick of things in the NL West. 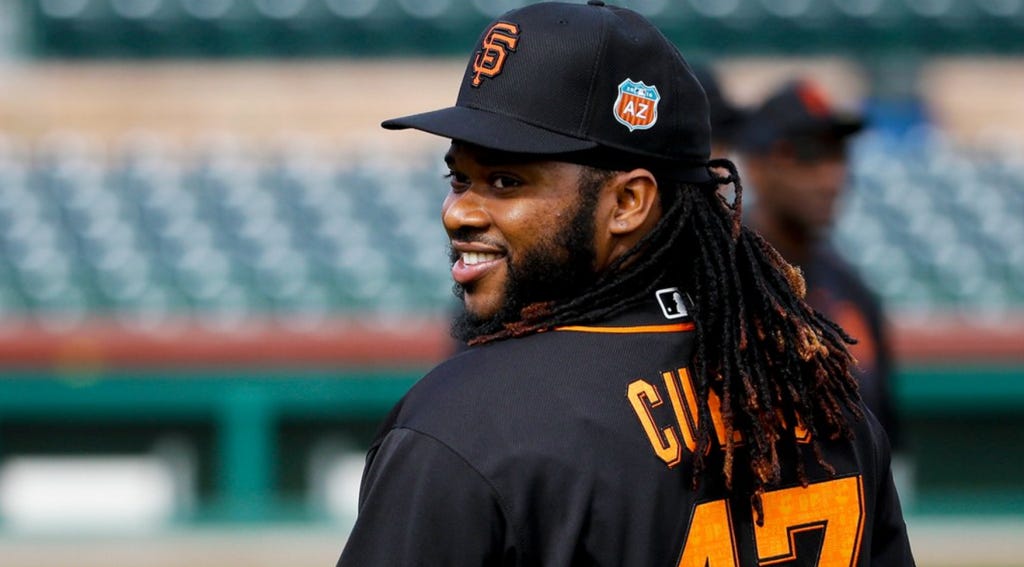 Johnny Cueto: When it comes to rotations in the MLB, it’s the Mets and then everybody else. But when Cueto was being shopped as an ace, and then signs to be a No. 2, that can only mean that’s going to be a really solid rotation. Madison Bumgarner, Cueto, Jeff Samardzija, Jake Peavy and Matt Cain make up what should be one of the top rotations in baseball, and Cueto’s addition is a big reason for that.

Jordan Zimmermann: In an offseason that was highlighted by the availability of a handful of aces on the free agent market, Zimmermann knew what he wanted, and so did the Detroit Tigers. They struck a deal before the end of November, and now the right-hander fits in nicely behind Justin Verlander, and ahead of Anibal Sanchez in that Tigers rotation. 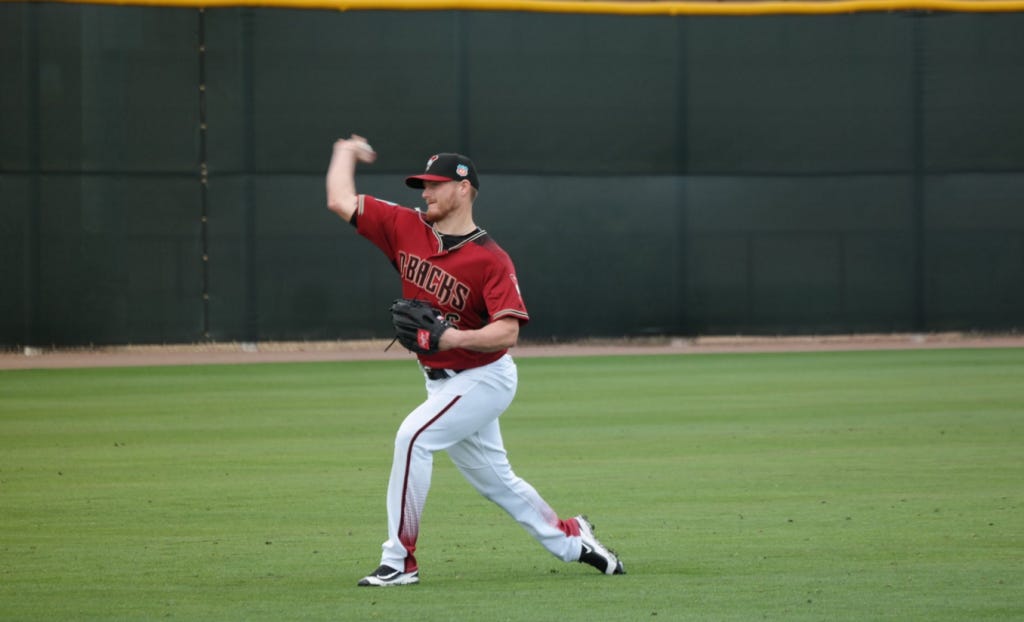 Shelby Miller: Behind Zack Greinke in that new-look Dbacks rotation will be Miller, who the Diamondbacks acquired from the Atlanta Braves in a deal that was highlighted by last year’s first-round, first overall pick Dansby Swanson. 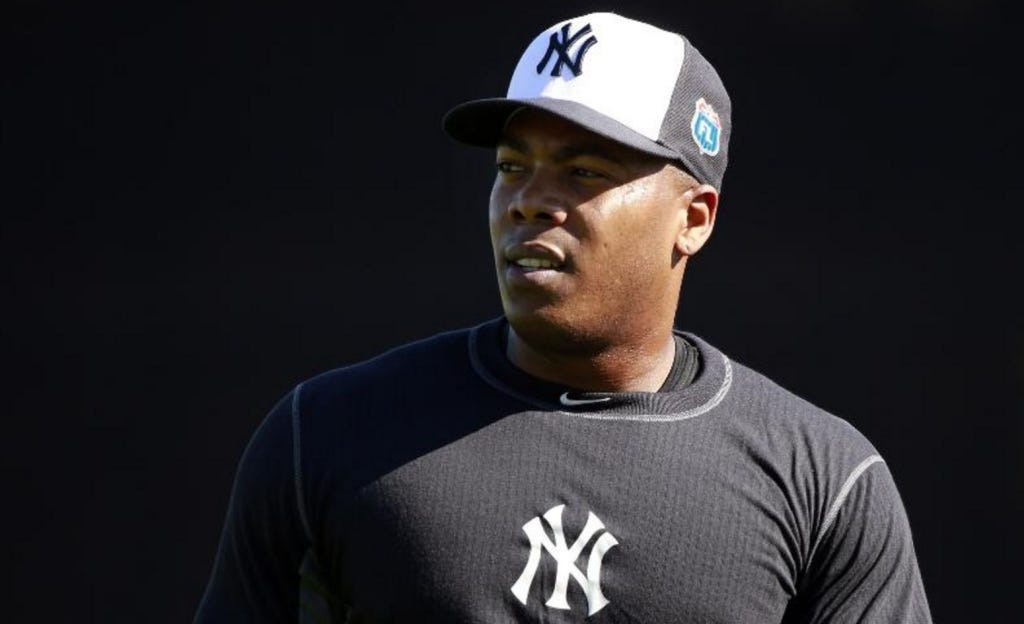 Aroldis Chapman: This is just fucking terrifying. The Yankees had one of the best late-inning bullpens in baseball last year, so instead of addressing an area of weakness, they gave potent steroids to the Incredible Hulk by adding Chapman on top of Andrew Miller and Dellin Betances. If you don’t have a lead by the seventh inning, just pack your shit up and go home. Save yourself the embarrassment.

Craig Kimbrel: Boston’s bullpen was a disaster last year. Instead of putting a bandaid on their boo-boo, they ordered the Peyton Manning special in order to heal up real quick and come back better than ever by adding Kimbrel to the backend of their bullpen. It’s no Yankee bullpen, but Kimbrel, Carson Smith and Koji Uehara is most certainly in the conversation for one of the best bullpens in the game. 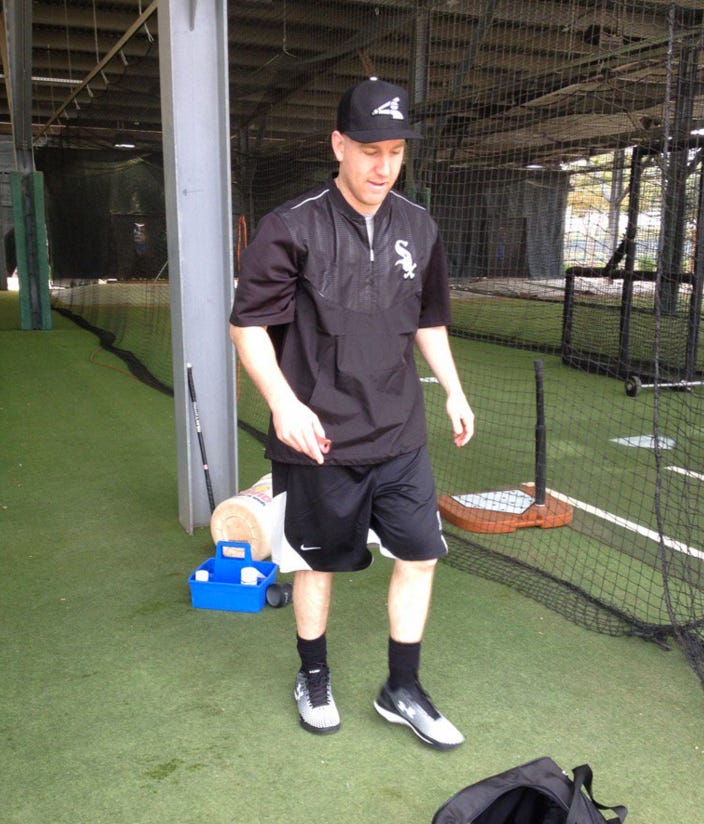 Todd Frazier: In search of more power in the middle of the lineup, the White Sox linked up with the Dodgers and the Reds in a three-team deal that brought Frazier to Chicago. The 30-year-old is coming off a season in which he hit a career high 35 home runs, and tied a career high in slugging percentage (.498).

John Lackey: Lackey was another guy who saw that the party across the street was way cooler than the party that he was at, and left the Cardinals to join the Cubs. Aside from the appeal of joining a rotation that boasts Jake Arrieta and his best friend in the whole wide world, Jon Lester, Lackey is joining a team that is the favorite to win the World Series as of right now. If Lackey helped win a World Series title with the Cubs for the first time in six thousand years, it would be his third ring with three different teams. 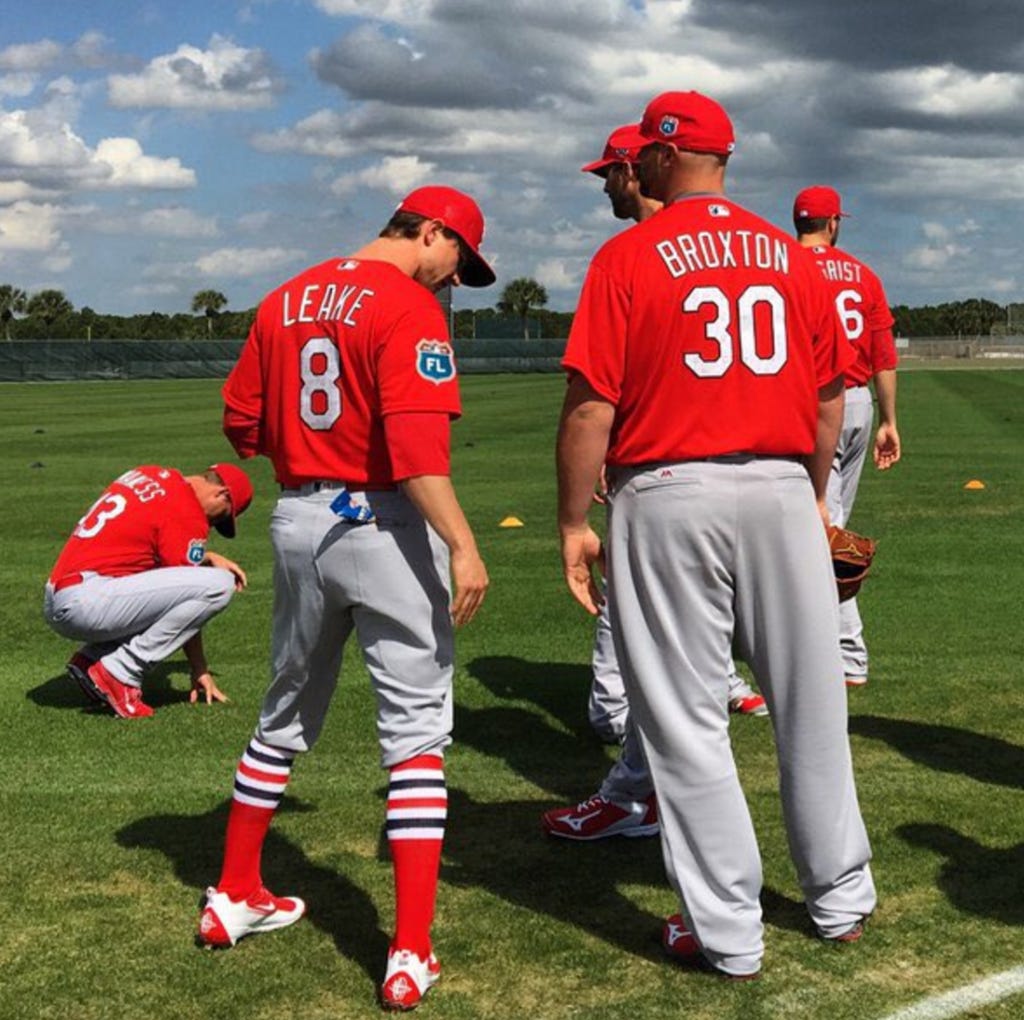 Mike Leake: Ken Rosenthal had a really interesting story today about how Leake almost signed with the Diamondbacks before he ended up agreeing to a deal with the Cardinals. That would’ve been a huge swing for Arizona, who are fairly thin after Shelby Miller as their No. 2. Well, in St. Louis, Leake probably ends up being an $80 million No. 4 starter behind Adam Wainwright, Jaime Garcia, and Michael Wacha.

Ken Giles: The Astros got a 31-save season from Luke Gregerson in 2015, but they’ve added a new closer in Giles. I wrote about that situation today. As the years go on, and we become further removed from the Steroid Era, it’s interesting to see how teams shift their focus elsewhere, and refocus their philosophies on what areas of the game have the most value. Thanks to the recent success of the Kansas City Royals, teams are valuing defense and power arms in the late innings. Enter: Ken Giles in Houston.