Trying to predict the brackets is starting to get tougher simply because everyone is starting to kind of suck. I mean I had Maryland pegged as a No. 2 seed no problem, then they go and lose to Minnesota – who hasn’t won a conference home game in over a year.

UNC as a No. 1 seed? Yeah, until they lost at home. Speaking of No. 1 seeds, who the hell deserves one after Kansas. Right now you can talk me into about 6-8 teams for the No. 1 seed, which will obviously play itself out through the rest of the season and conference tournament season.

So, here’s the third version of Barstool Bracketology. Disagree (I know 99% of you will) let me know @barstoolreags. A lot of things I took into consideration in terms of seeding – outside of the NCAA Tournament rules – is wins over other tournament teams, bad losses and how they are currently playing. 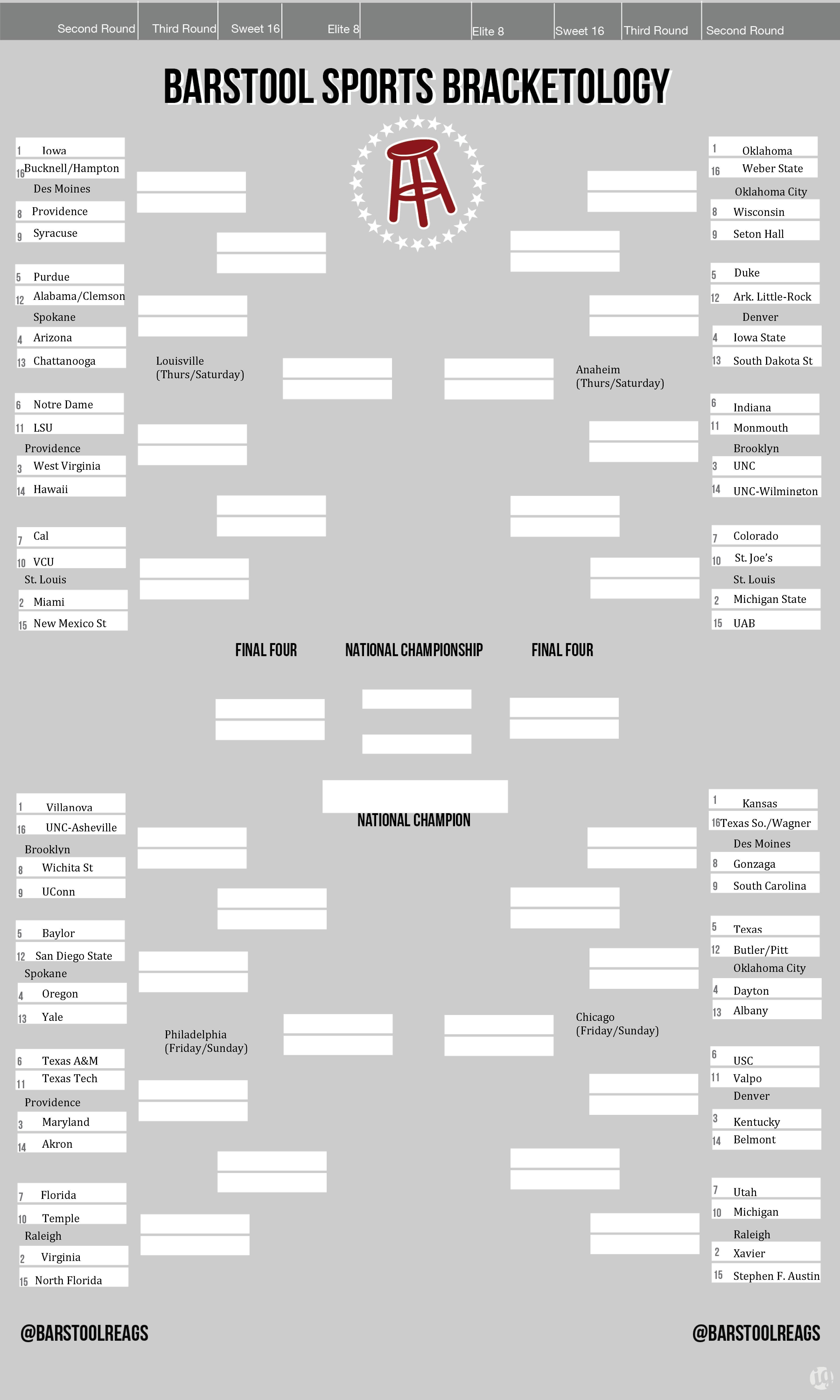 Again, I don’t think the bubble will that tough to figure out, as the tougher part will be seeding the actual teams in the NCAA Tournament. For me it’s also who steals a bid, like Temple from the American or if Iona or Siena win the MAAC.

Games to watch this weekend: Kentucky at Texas A&M, Florida at South Carolina, Miami at North Carolina, Baylor at Texas, Pittsburgh at Syracuse, Butler at Villanova, Oklahoma at West Virginia, UConn at Cincinnati, Kansas at Kansas State, Purdue at Indiana and Oregon State at Oregon.