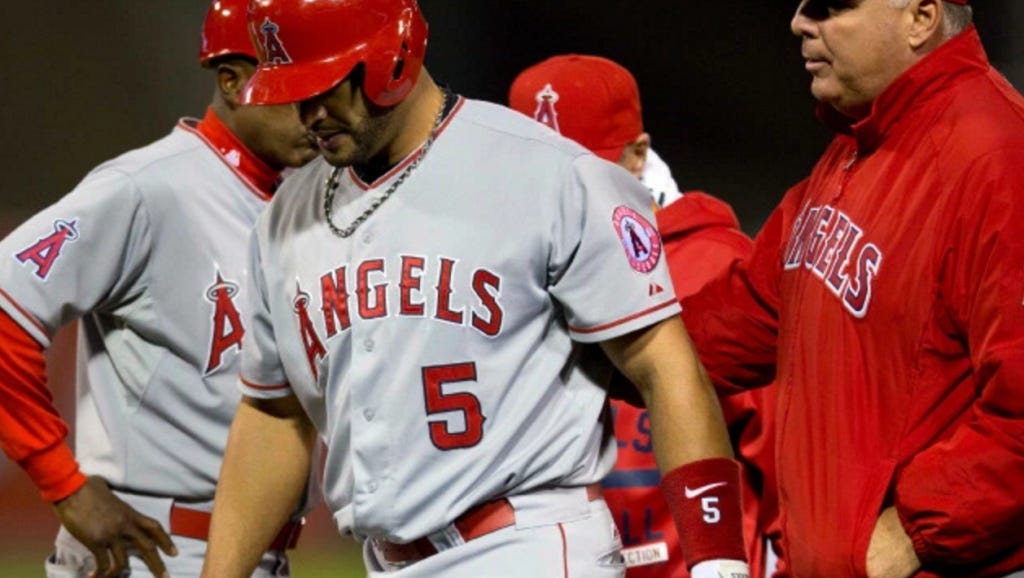 Yesterday, we took a look at who has the worst contract in baseball right now, and I decided it was Albert Pujols. By the way, we’re going to have to do a part two for that blog, because it was getting lengthy, and there were a few omissions. Regardless of the names missing, the answer remains the same. Pujols has the worst contract in baseball, and now it sounds like he could start the year on the disabled list.

“But if you know Albert, you know that he’s always come back quicker than any timeline he’s ever been given,” Scioscia told MLB.com. “But we’re definitely not going to try to sacrifice the lion’s share of the season to get him back maybe two weeks before he should. When he’s ready, he’s ready.”

Pujols had surgery on his right foot this past November after he was experiencing pain near the arch of his foot. To his credit, along with being one of the most prolific hitters in the history of the game, he’s also been among the most durable. Over his 15-year career, he’s averaged 152 games played, and has only hit the disabled list four times. If he were to be placed on the disabled list to start 2016, it would be his first trip to the DL since a torn plantar fascia in his left foot sidelined him for the final two months of the 2013 season.

In his absence, the Angels have some options. The most likely candidate to grab some at-bats at first base would be 26-year-old C.J. Cron, who hit .262 with a .739 OPS in 404 plate appearances last year. Cron appeared in 58 games at first base in 2015 for the Angels. Beyond the obvious choice, the Angels could also use Ji-Man Choi, who Los Angeles picked up in the Rule 5 draft this past December. The long shot option would be Daniel Nava, who the Angels signed as a free agent over the offseason. Nava will be looking to rebound after a .194/.315/.245 season last year.