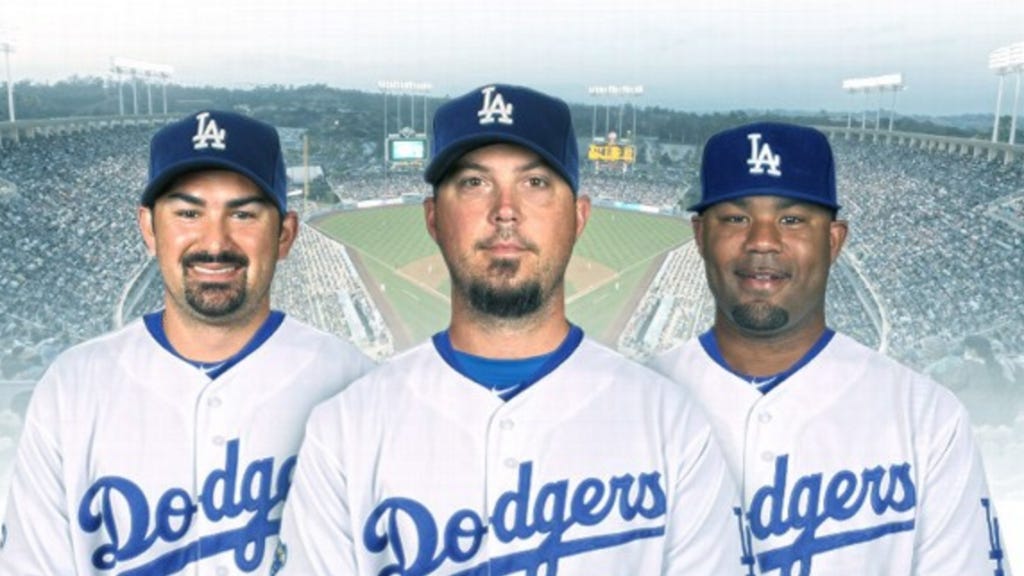 Nick Punto announced his retirement yesterday. I didn’t even know he was still playing, to be honest. But I found this to be the perfect time to revisit the infamous Nick Punto Trade, and really dig deep into all of the factors that were in play.

Everyone forgets this detail, but this trade actually went down in late August. Every year, teams will put a vast majority of their players on revocable waivers, which is procedural, either to gauge interest or otherwise. That summer in 2012, the Red Sox put their star first baseman Adrian Gonzalez on waivers, who they had acquired in a deal about a year in a half earlier from the San Diego Padres. They also put right-hander Josh Beckett on waivers, along with outfielder Carl Crawford. Again, nothing to see here.

But then they started getting claimed, which isn’t highly unusual, as the Red Sox then could either trade the player exclusively with the team who claimed them, hand them over for nothing as long as the other team assumed their contract in full, or they could pull the player back from waivers. No harm, no foul. However, something was up this time, as it was one team who was claiming all of these players that Red Sox fans would’ve jumped for joy if they were sent out out town.

Then the news started to trickle out. This thing is actually going down. The Dodgers were about to give the Red Sox the biggest bailout in the history of baseball, assuming more than a quarter billion dollars in payroll, and ridding Boston of a gigantic mistake in Crawford, freeing themselves of Beckett, who had worn out his welcome, and the one piece of the deal that actually stung was Gonzalez. Oh, and Punto, but whatever.

Gonzalez was really, really misunderstood in Boston. I think because he was lumped in with Beckett and Crawford in that trade that some of the fans’ disdain for those players was then unfairly associated with Gonzalez. Gonzalez actually held up his end of the bargain in his short stint with the Red Sox, leading the league in hits in his first year, and hit .338 with a .957 OPS overall. He also hit .334 with an .898 OPS in his 146 games at Fenway Park. Gonzalez’s .334 career batting average at Fenway Park is the ninth highest for any Red Sox player since 1914, and the 11th highest for any player of any team in history since 1914 (min. 140 games).

Where Gonzalez ran into trouble in regards to his perception amongst Red Sox fans was at the end of their epic collapse in 2011, after finishing the year 7-20, and blowing a nine-game lead in the Wild Card, he offered an explanation for the collapse that didn’t sit too well.

“It’s definitely something that didn’t plan for. We were wholly confident that we would make the playoffs but it didn’t happen,” he said. “We didn’t do a better job with the lead. I’m a firm believer that God has a plan and it wasn’t in his plan for us to move forward. God didn’t have it in the cards for us.”

On Tuesday, when I asked him about the collapse of the team in general terms, Gonzalez blamed the schedule.

“We play too many night games on getaway days and get into places at 4 in the morning,” Gonzalez said. “This has been my toughest season physically because of that. We play a lot of night games on Sunday for television and that those things take a lot out of you.”

I told Gonzalez that teams like the Red Sox and Yankees have long had those challenges, it’s part of playing for a high-profile team.

“Why does it have to be?” he said. “They can put the Padres on ESPN, too. The schedule really hurt us. Nobody is really reporting that.”

That was pretty much a deal-breaker for Boston fans. Sully from Southie doesn’t want to hear about how God knocked the Red Sox out of the playoffs, or how the schedule is unfair when you just signed a $154 million contract. That’s one of the reasons why you get paid the absurd amount of money that you get paid. For all of the dumb things that Jonny Gomes has ever said or done, he had great advice for David Price when it comes to how you handle Boston, and that couldn’t apply more than it does right here.

“As for the off the field stuff with the media, to me it was just accountability. You have to be accountable. You screw something up, what happens? I screwed it up. And then it’s done. When you start pointing fingers and not being accountable, that’s when you find yourself getting in a little bit of a trouble.”

Crawford hated his experience in Boston more than anyone on the planet, and he still won’t shut up about it even today. He talks about it like somebody held a gun to his head and forced him to sign with the Red Sox. And then once he got here, we kept him locked in a basement and electrocuted him twice an hour. It’s really bizarre how he speaks about Boston, but that’s part of the beast. With big money comes big expectations, and he just flat out sucked. Crawford hit .260 with a .711 OPS in parts of two seasons with Boston, and was placed on the disabled list three times. Again, zero accountability.

“I try and put that as far behind me as I can. I would like to feel like that, but it still feels fresh at times. Just because it was one of the toughest times of my life. That’s a scar that I think will never go away. I’ll always remember that feeling.”

Beckett was the ringleader in that stupid chicken and beer story that was the center of attention after Boston’s collapse in 2011. John Lackey, Jon Lester and Beckett were reportedly drinking beer in the clubhouse during games, and there was no damage control for Beckett after that. The most notable part of that story was how, then, manager Terry Francona wouldn’t throw any of his players under the bus, even after they cost him his job, and denied that players were drinking in the clubhouse during games. Of course, Lester would later admit that they were.

It’s not that drinking beer in the clubhouse during a game is a big deal if you’re a starting pitcher and you know you’re not pitching that day, but the point was that they weren’t in the dugout supporting their teammates. That’s what Francona’s issue was with it, and I’m sure Red Sox fans echoed the same sentiments. The Red Sox don’t win the World Series in 2007 without Beckett, but it was time for him to go, too.