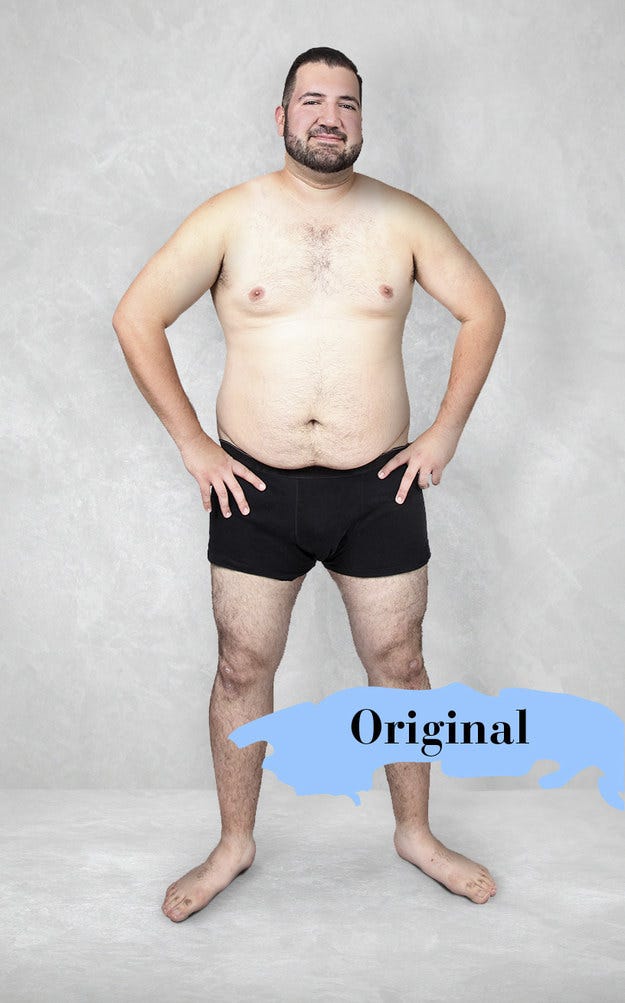 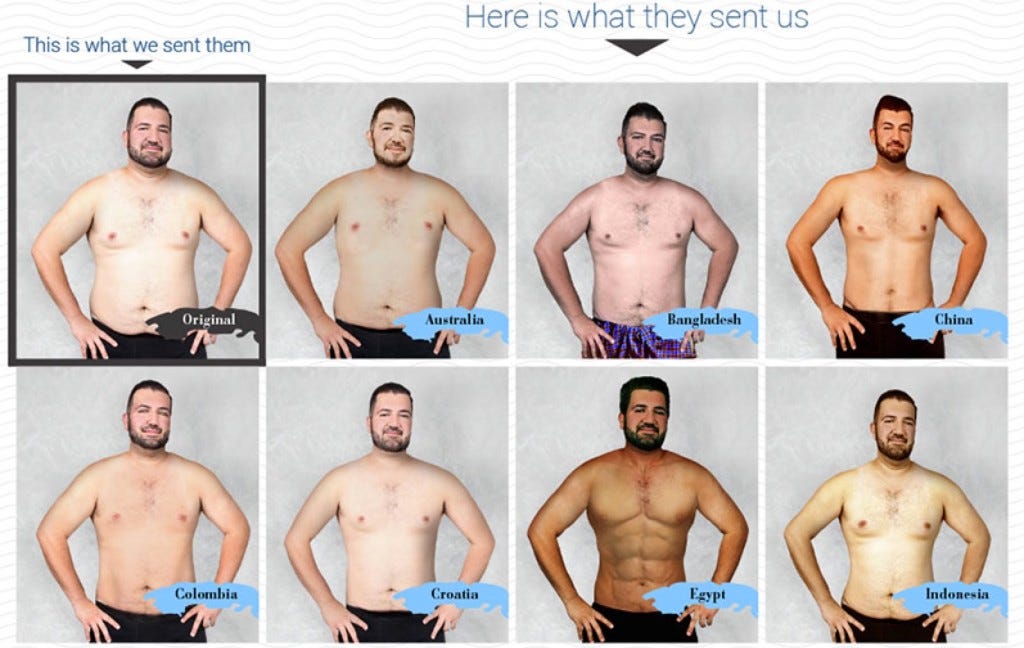 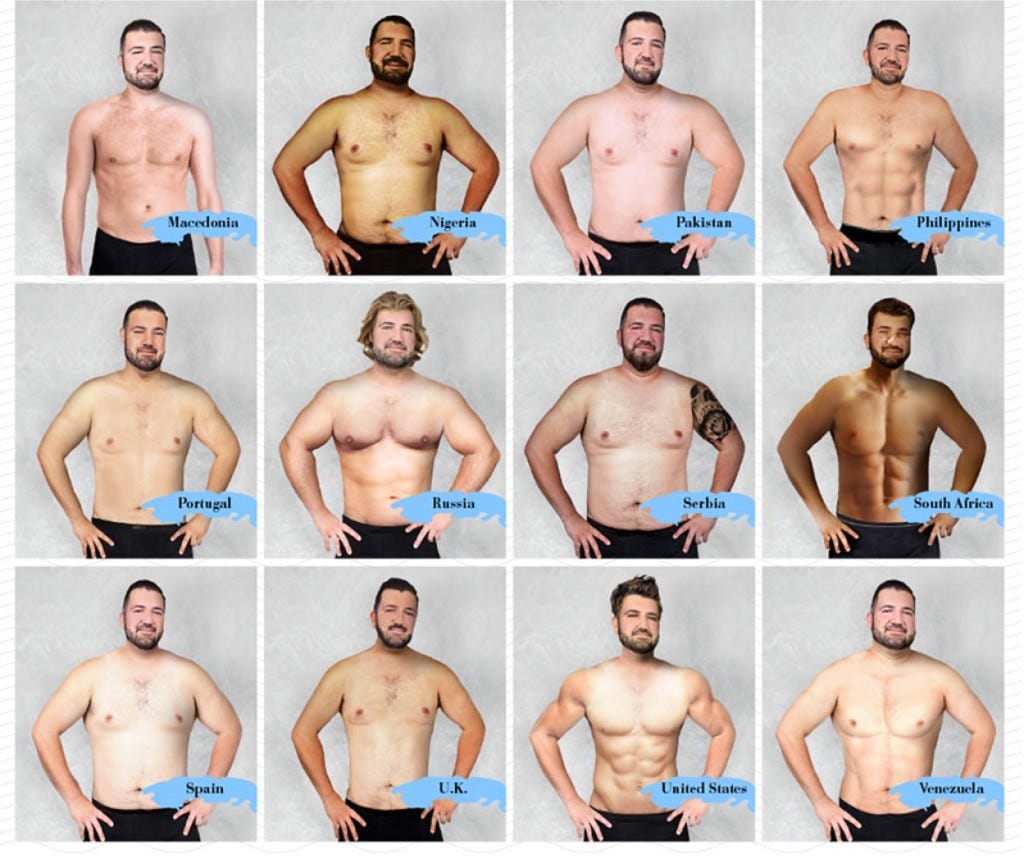 Telegraph – In a new project by Superdrug’s ‘Perceptions of Perfection’ project, researchers sent a picture of a New York based photographer to freelance designers around the world, with the challenge to make him look more attractive.

The results are diverse in both body type, hair colour and skin tone, highlighting the strong variations in how different countries perceive male beauty.

It’s sort of funny, I feel like in America the standards of what kind of guy is attractive have changed a lot over the last few decades. Maybe a Justin Bieber type would be considered attractive in different decades (a fresh faced Army recruit in the 50s, a Beatles/Monkeys type in the 60s, and a stylish club kid suffering from a mysterious illness in the late 70s) but overall the transition from the Mad Men types to the slender effete boy thing we have going today is pretty pronounced. Then you look at some of these countries from around the globe and a few seem to have absolutely no standards while others have some extremely baffling ones.

America is pretty much like you’d expect, holding our men to a much higher standard than 95% of us will ever live by topped off by some douchebag hair: 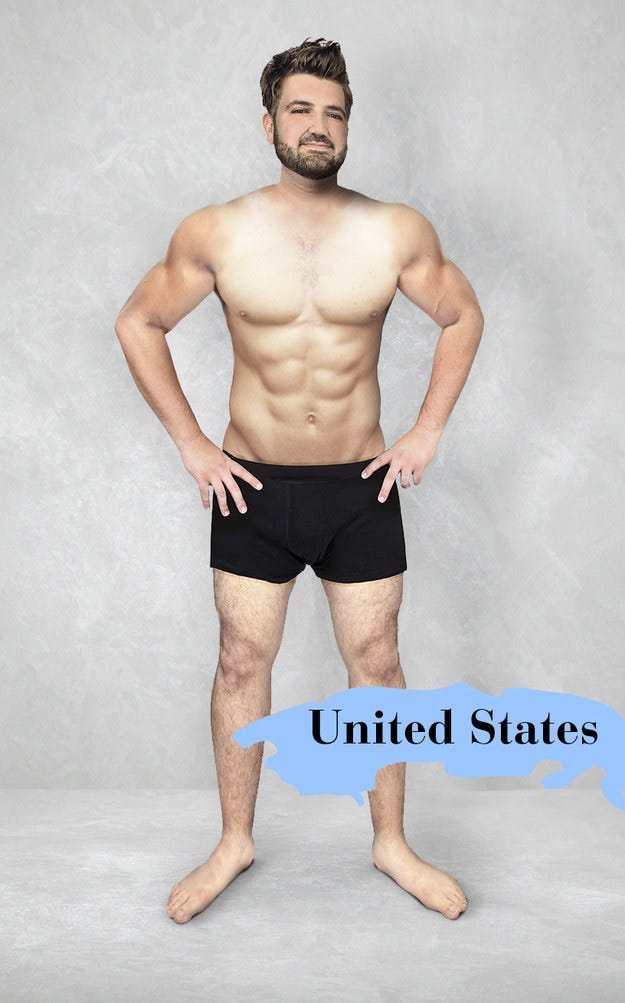 You’ve got China who weas like “Yeah we’d be slightly less of a fat piece of shit but also suffering from jaundice”: 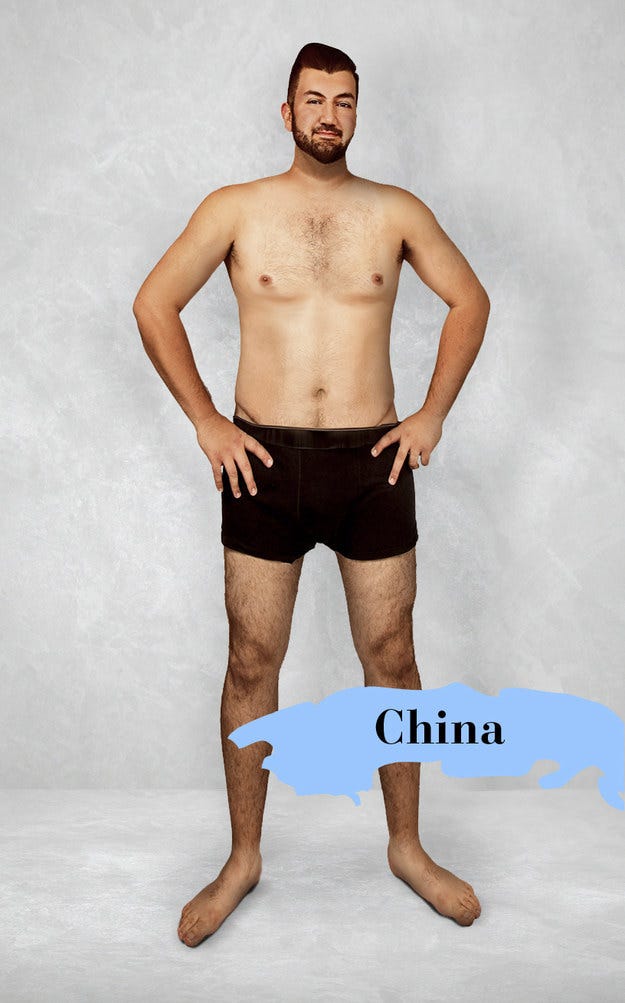 And Egypt who either has some serious self-esteem issues or has a VASTLY overrated sense of the attractive guys in their country, maybe it’s just me but I’ve never seen an Egyptian dude this shredded once in my life: 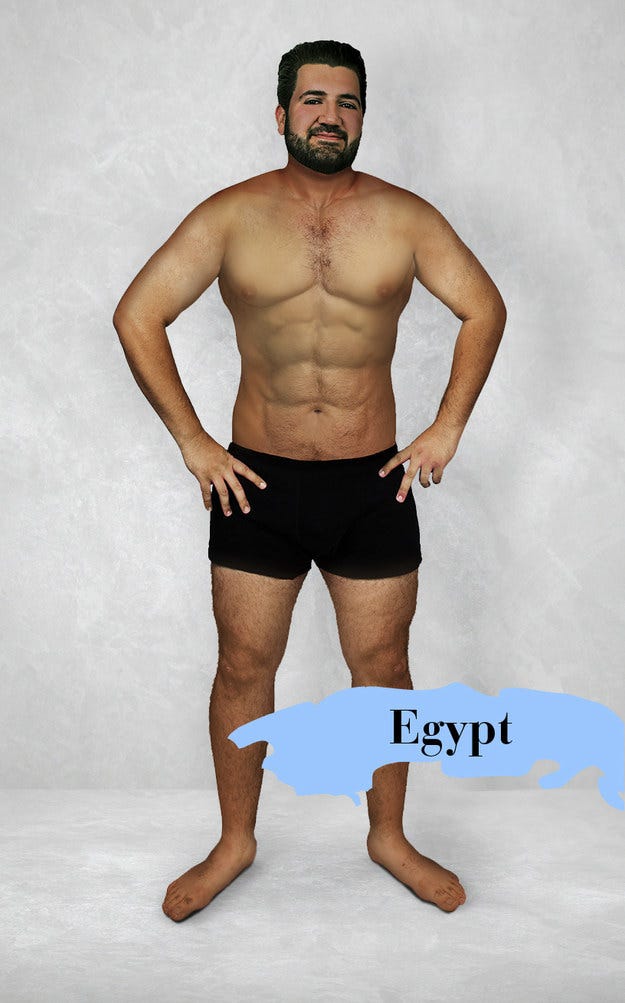 Russia thought the dude just needed some work on his flow and some Putin hybrid pec/titties: 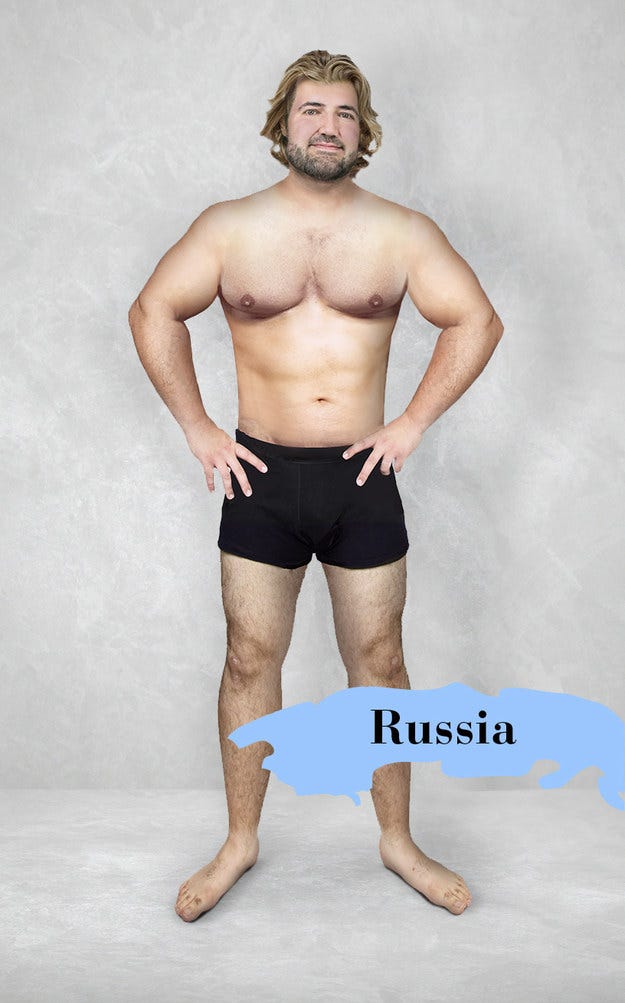 And of course Bangladesh: 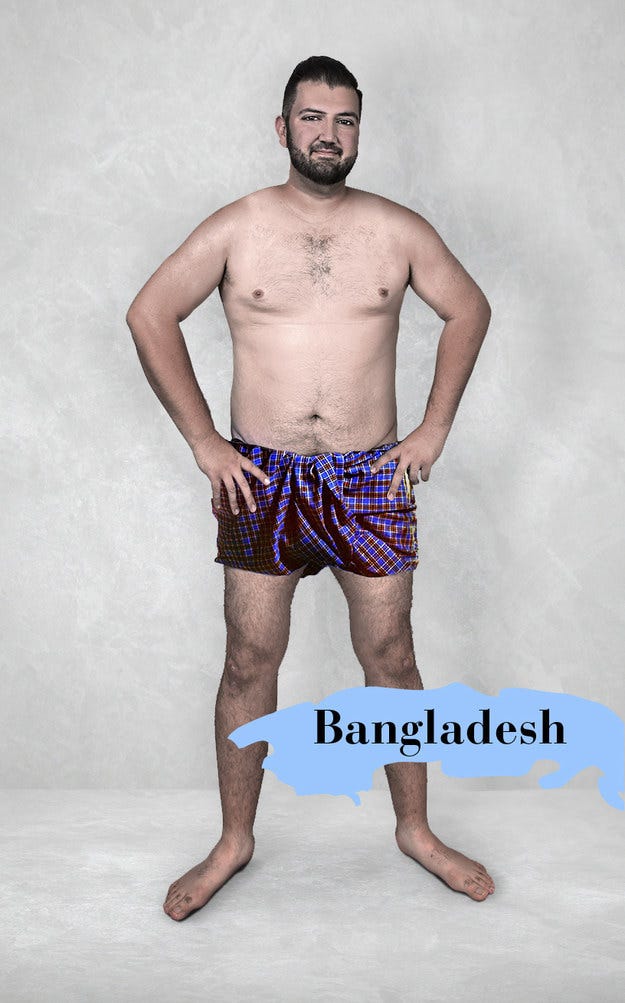 “Put him in some silk boxers and spray him with a dispenser attached to a bucketful of Axe, peak male attractiveness in our nation.”

Interesting findings but I guess the overall takeaway is this question: How do we take the women from all these countries with significantly lower standards like Indonesia and Australia and get them to the US to make love to us all? It’s totally different from the illegal sex trade because I said “make love.”