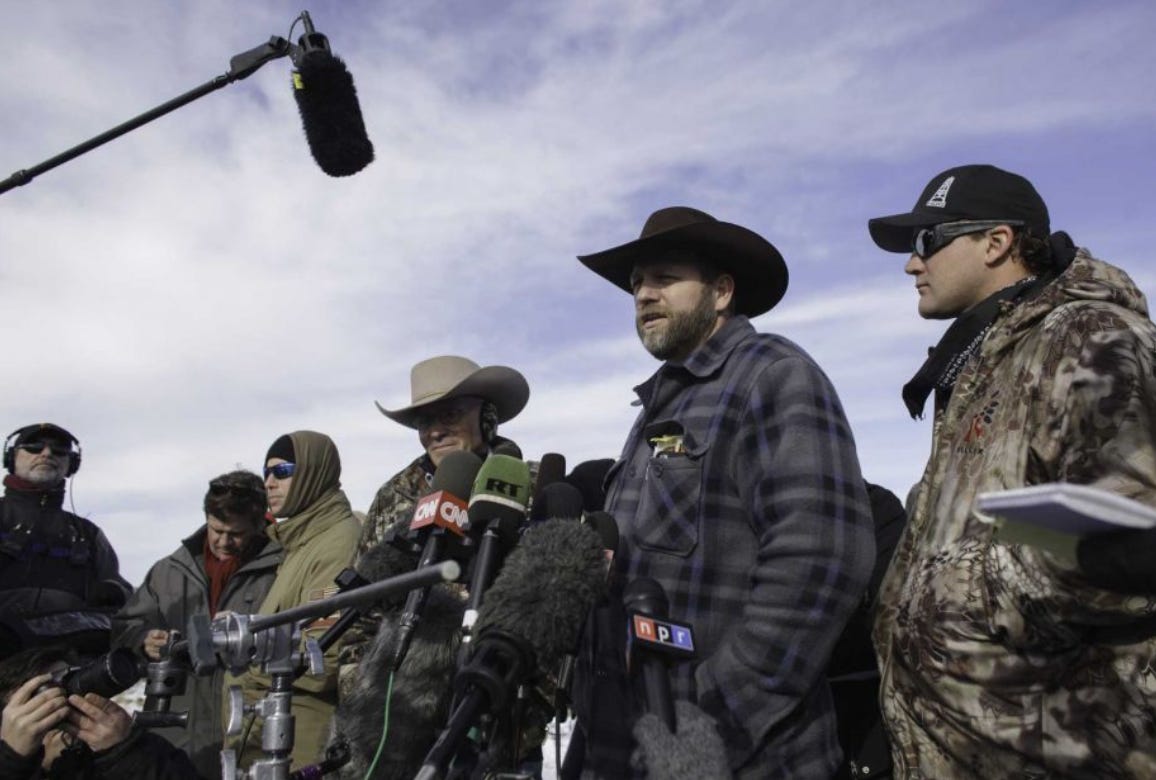 Salon- Agents from the Federal Bureau of Investigation processing the crime scene at the Malheur National Wildlife Refuge made a disturbing discovery, Reuters’ Curtis Skinner reported — a “trench of human feces” left by the Oregon militia members on the sacred burial grounds of the Burns Paiute Tribe. As evidence teams began to process the scene in the days after the standoff ended, U.S. Attorney Billy Williams said they found “significant amounts of human feces” in a trench that was “either on or near a sensitive cultural site.” “Occupiers appear to have excavated two large trenches and an improvised road on or adjacent to grounds containing sensitive artifacts,” Williams wrote in a document filed in Oregon federal courts yesterday.

Here’s a story I didn’t follow at all. A bunch if militia men occupying some place in Oregon because they were mad about something. That’s the extent of my knowledge on this topic. Anyway, as an outsider looking in, did these guys have access to real bathrooms and just gave a giant middle finger to dead Native Americans? Or did they not have access to real bathrooms and had to poop somewhere? That distinction is the key. If it’s the second one then I can’t blame them. People gotta poop. That poop has to go somewhere. It just does. Death, taxes and everyone shitting (minus girls cause girls don’t poop) are the only three guarantees in life. If it’s the first one, and they did have a working toilet, filling up someone’s sacred burial ground with human shit might be the meanest thing anyone has ever done. You simply can’t give someone a bigger middle finger. “Oh there’s dead people buried here and nearby? No big deal, we’re just gonna dig trenches and fill this area with my literal shit.” Wild wild stuff. I’m an optimist so I’ll choose to believe they didn’t have real bathrooms and didn’t know they were dropping deuces in people’s graves.