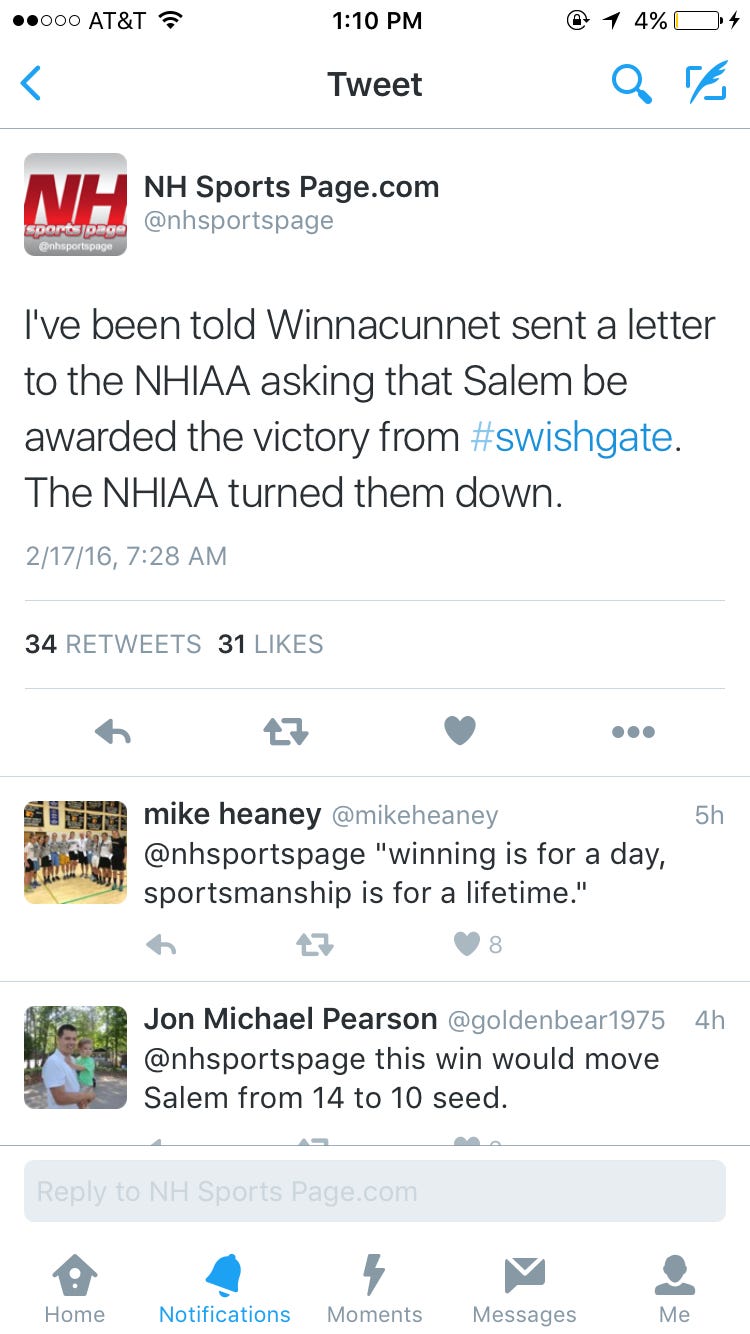 A Salem NH basketball game ended in a picture perfect way, a buzzer beater 3, down 2 to win the game. Everyone went crazy but the ref then called it off because he said the ball didn’t go in. He thinks that the ball was just short of the rim and was an airball. But everyone knows it went in.  The NHIAA still hasn’t come out with a ruling on it yet and there is a good chance they won’t overturn the call because they are a bunch of dumbasses. The fact that it was the last play of the game and it decided who won you would think that they could review this??

Well this is a shitty way to lose a basketball game huh? Nail a game winner and just have the ref say it didn’t go in. Like what can you do at that point? How do you even react? Clearly it went in. The game was on cable TV so the entire world knows it went in, but the league is saying they can’t use replay to change the call. You just sit there and take it I guess. And spare me all the PC police who says the winning team should forfeit. Bullshit. Their job isn’t to referee the game. The league should switch it, but that’s not on the team that won. It’s exactly like that volleyball spike that went off my thumb in high school and the ref/shop teacher asked me to use the honor system and admit whether I touched it. Bro I play to win. You get paid to be the ref. I’m not here to do your job.