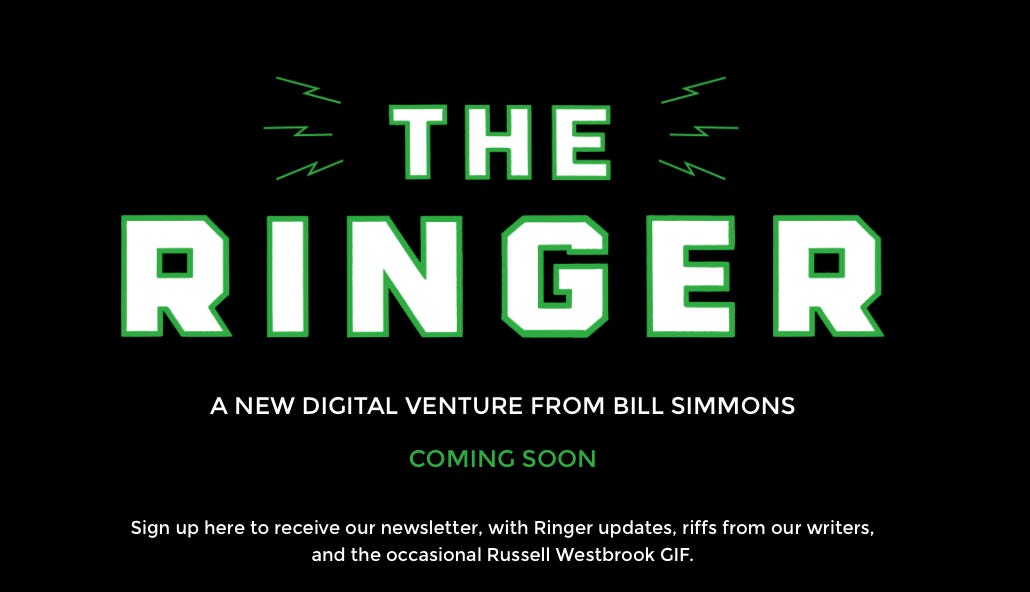 Is Bill Simmons calling himself the ringer? Or is his site a ringer? Seriously I know the rest of the internet will suck this website’s dick no matter what the name but people like me need to know these things before we get past step 1. Who’s the ringer here? Because calling yourself a ringer is cocky as fuck. A ringer is the best of the best. That’s the hired gun that means you can’t lose. Is that what you’re saying here? Either way I’m interested to see where this one goes. Grantland was good but it failed the second Simmons left ESPN. The PC clique on twitter will tell you it was the greatest sports journalism site of all time, forgetting the fact that it didn’t make money which is kind of an important piece to survival even though the “real journalists” will tell you differently, and that it was also the place that outed a person who ended up committing suicide (Oh my God, you mean not every website is perfect?!?! Except for the Cauldron obviously, they’re beyond reproach). But that’s just splitting hairs, we’re the ones who weaponize social media anyway.

As for Simmons, I still like him. I think his bad boy renegade image he tries to spin is bullshit considering the fact that he worked for Disney and now is employed by HBO with significant backing from both. But if you don’t recognize him as one of the most influential guys on the internet and a person who has basically made it possible for people like me to have a job that I enjoy, then you’re just being a hater. Just let me know who the ringer is, this will bother me forever if I don’t get an answer.