Guardian – Every winter Wednesday night in late 1970s Burlington, Vermont, a small group of men met at the gym behind St Anthony’s Catholic Church to play basketball. They huddled against the cold in work boots, sweaters and jackets and were relieved when the most enthusiastic of them arrived with the key he had secured from the church office.

Inside, they quickly changed into gym shorts and T-shirts, careful to keep snow off the tile floor that made up the court. There were almost always 12 to 15 of them, most in their mid-to-late 30s – men with college degrees still unsure of their position in life, clinging to youth as responsibility approached. Among them were several woodworkers, a teacher, a college professor, an aspiring filmmaker, a religious man, a car mechanic and a wild-haired film-strip maker from New York named Bernie Sanders.

All these years later they remember him well. He was not the best player but certainly not the worst, with a deadly set-shot, rugged elbows and a brusque, Brooklyn twang that echoed through the tiny gym every time he spoke.

“Give me da bawwwwwwl!” shouts Clem Nilan, one of the game’s participants, doing his best impersonation of Sanders on the court.

They laugh when they watch him on the debates. For the Sanders everyone sees now speaking with his arms, flailing his hands and waggling an index finger is the same one they recall from those long ago Wednesdays angling stork-like for rebounds and barking for passes.

“I remember all the mannerisms,” chuckles Rob Borger, one of the woodworkers.

First of all, crazy that we’re talking about Bernie Sanders hooping as a late 30 year old in the ’70s. Dude you are so old. Been perfecting that Old Man Game for like 4 decades now – it’s no surprise he was so wet when they caught him shooting in the gym.

But most importantly, we finally got it. The official account.

“He had good elbows.”

“He has long arms, I like to say he has ‘Kevin McHale arms,’” Doubleday says. “He would smack the ball away.”

“He sort of liked to be in charge, so there really nothing different in that,” laughs David Sharpe, the auto mechanic who ran his own shop in those days and is now a Vermont state legislator. “He would direct traffic and tell us who was goofing off.”

Bernie Sanders from Brooklyn might not have been the best basketball player on Wednesday nights at St Anthony’s but he wasn’t shy. Looking back, the other players can see the politician even if they didn’t know he was going to become one. Injustices did not go overlooked. He wasn’t one to call many fouls but he couldn’t let a bad call go unchallenged.

“He could be argumentative about stuff,” Borger says.

“There were always one or two strong personalities in the game and he was one of them,” recalls Michael Lyman, another of the woodworkers. “He was a guy who was willing to stand up and be the voice.”

And whenever they watched Sanders they saw one thing. His jump shot. “It wasn’t even a jump shot because he didn’t leave his feet when he shot it,” Nilan recalls.

“I remember that shot, it was all he had,” says Ken Russack, who later partnered with Nilan on a Burlington restaurant.

“He moved without the ball very well and got very open,” Nilan adds. “He wanted the ball and he would get the ball and hit that shot almost every time. You would say: ‘Don’t leave this guy open to shoot’ and then he’d get open. He was sneaky good like that.”

“You didn’t want to run into Bernie because you would get an elbow,” Borger says. “Not intentional, but he would come down hard.”

Should have had everybody close their eyes and picture Bernie Sanders’ scouting report first before reading it, because anyone who has every hooped before knows you could have 100% predicted everything you just read. Bernie was THAT guy in the pickup game. The one throwing elbows. The one arguing every out of bounds call. The one who calls offensive fouls and travels. The one who steps in and recites the official NCAA and NBA rules for weird things like establishing yourself inbounds or whether you could touch an airball that did or did not travel over the rim. The guy who would complain you weren’t running an offense. The guy who picked his spot 10-15 feet from the basket, planted there and drilled it every single time he touched the rock. The guy that everyone left alone on game point to double the most talented guy and he always ended up beating you with his stupid jump shot that he didn’t jump on. The guy who barely broke a sweat because that was all he did but still criticized you for not playing hard enough D or getting back on the fastbreak. Then, as you’re dying to catch your breath from working your ass off on both ends of the court, he casually steps up and knocks down the three (with a foot on the line) that means he gets to play next game. 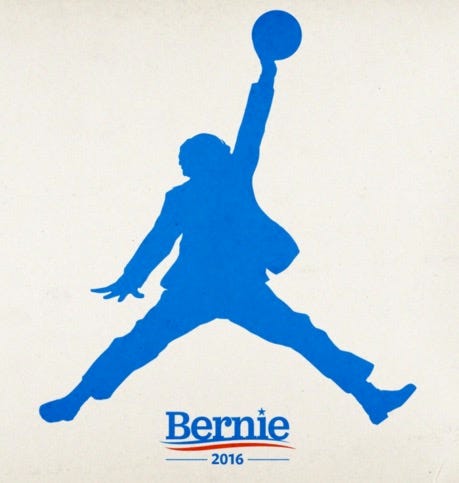