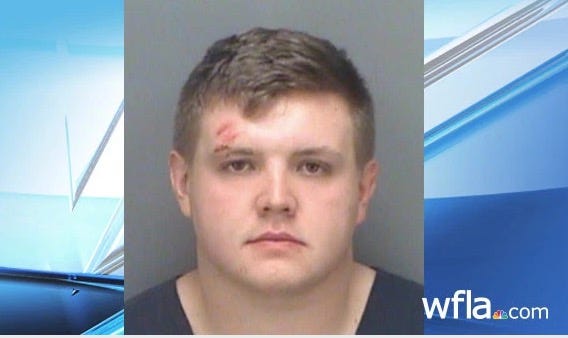 PCS – Detectives have arrested University of Tennessee football player Mackenzie “Mack” Crowder after he sought out and engaged in an online sexual conversation with whom he thought was a 14-year-old female.

The arrest was made as part of the Sheriff’s Office “Operation Wayfarer.” This operation targets adult males that are seeking out underage females on the internet for the purpose of engaging them in sexual activity. (See release #16-020 for additional information.

According to investigators assigned to the Special Victims Unit (SVU), 23-year-old Mackenzie “Mack” Crowder engaged in an on line conversation with whom he believed to be a 14-year-old minor beginning on January 21, 2016.

Throughout the course of various online engagements, Crowder sent four photographs of his sexual organ to the “minor.” Detectives also say that on several occasions, Crowder enticed or solicited the minor to engage in sexual acts with him.

On February 16, 2015, Crowder made arrangements to meet with the minor at an undisclosed Pinellas location, at which time deputies took him into custody.

Detectives say that during the interview Crowder admitted to sending the four photos and admitted having knowledge that he was communicating with whom he thought was a 14-year-old girl.

Yikes. Tough couple of weeks for Tennessee football and sexually disturbing stories. Grundle bombing physical trainers. Sexting penises to (what you think are) 14 year old girls. Can’t get their genitalia out of the news. Rectums, gluteus maximuses, testicles, sex organs. UT Dicks and dick parts all over my timeline.

And if you’re wondering why Mack Crowder sounds familiar – 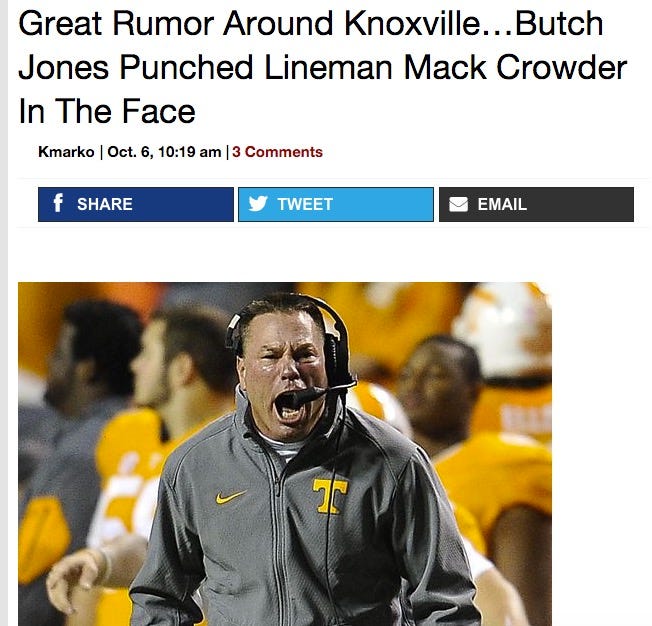 I mean Butch Jones can call this “absolutely ridiculous” all he wants. The fact he even addressed it makes me that much more sure that he hauled off and smoked Mack Crowder right in the grill piece. Molars and incisors and shit flying everywhere, spit and blood splattering the walls. Can’t believe Butch Jones would do something like that to this poor kid, allegedly.

I’m joking obviously…but am I? We can’t trust Butch Jones to competently manage a single football game, can we trust him to not mollywhop his players?

Butch smoking this kid in the face makes a lot more sense if he was sexually harassing 14 year olds. You’re a college football player at UT bro, pick one of the million girls of legal age who will sleep with you you creepy sleazeball.