How is that even possible?  How? Paul McCartney is one of the top-5 most famous people on the planet.  He’s an icon. He’s sold a trillion records.  He’s the only living member of The Beatles left that anyone cares about. And I’m not gonna sit here and flip shit because I’m a huge Beatles guy. I’m not. I know their hits, I smoked weed to them in high school like you do but mostly I’m just aware of how famous Paul McCartney is. Famous enough that my Mom almost faints every time his named is even mentioned. Ringo? Alright I can see Ringo getting denied at a club. I would actually expect that. But Paul?  Fame is supposed to mean something in this country. That’s what we’ve always been taught. If you’re famous velvet ropes are literally supposed to open for you. Drugs, booze, women and access are all endlessly thrown in your direction. I don’t care who was in that club. Paul walks in and he’s instantly the most famous person there. He should literally be able to walk into any place he wants. Absolute blasphemy.

Maybe if he had said, “I know Kanye West and he made me famous” they would’ve let him in 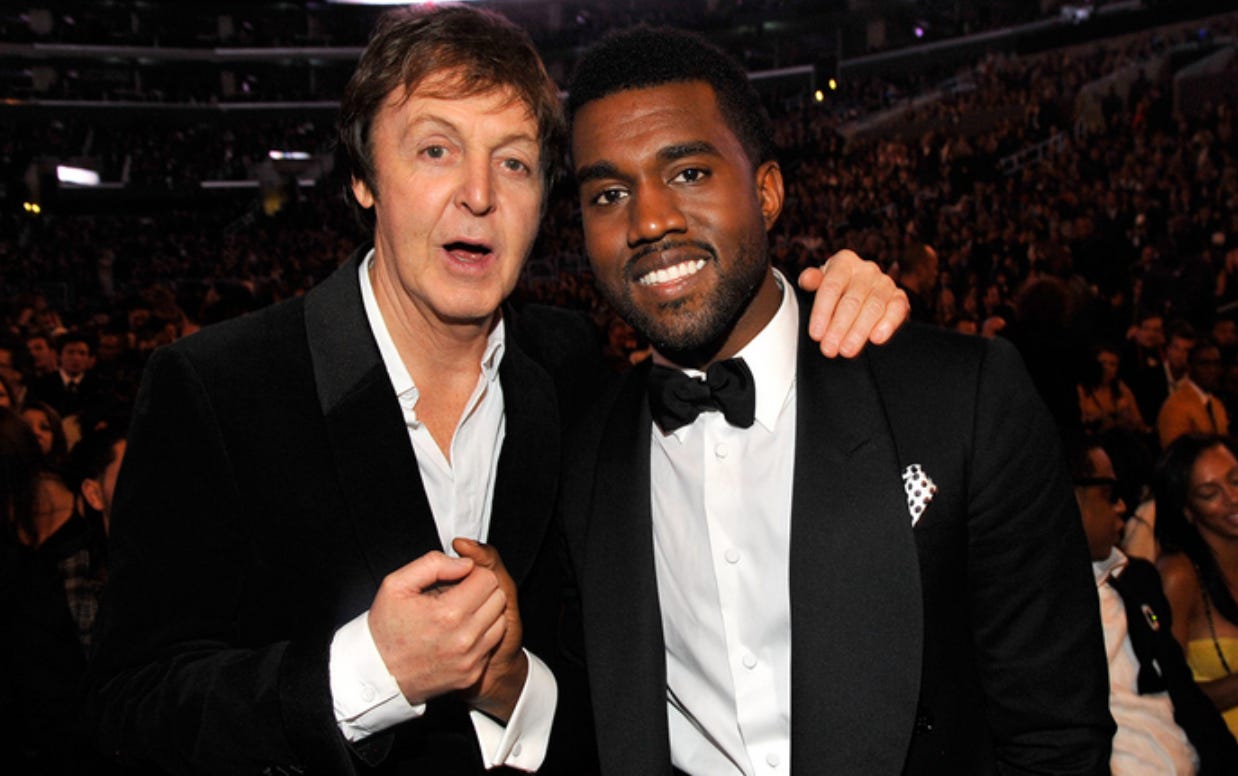