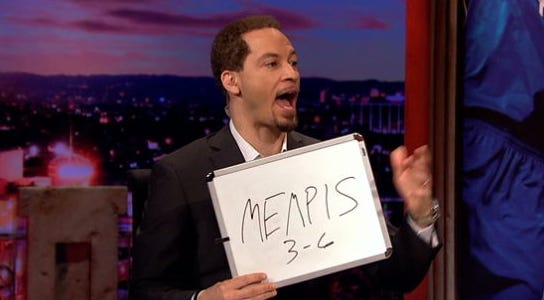 People always ask me, Big Cat, why do you do it?* Why do you defend Chris Broussard through all his mis-informed tweets, phantom sources and “scoops” that come well after the rest of the media. And the answer is always the same. Loyalty. I’m a loyal guy. I stick by my people through thick and thin. Once you’re in the circle of trust, you’re in it for life. And a guy like Broussard, who takes a beating every single day on the internet deserves to have someone, anyone, have his back, and that guy is me. I will stand up for Brou Brou this trade season. I will give a voice to those who have a voice that is slightly behind all the other voices but still says his voice had it first. I will defend the people who may not be right and are actually often times really really wrong but have convinced themselves through years of cultivating obscure sources, that may not even be real people, that they have a finger on the pulse of a league. That’s my guy. I’m Brou Crew forever. It’s like La Cosa Nostra, the mafia, you can’t just quit all of a sudden, once you’re in you’re in, no turning back.

So if you want to tear Chris down, if you want to make fun of him and his awful percentage on getting breaking news correct, you go through me and my gang of sources first. But here’s the thing, when we’re right, when we nail a scoop, don’t come to us with your apologies and tears, because they aren’t wanted. You take the good with the bad. One day Brou is going to use Adrian Wojnarowski’s twitter feed as his source, the next it may be Zach Lowe’s, the next it could be a totally made up story that has no actual fact based reporting behind it, who cares, as long as you tweet it out and sometimes get shit right or first (either or, doesn’t really matter), you’re a damn good reporter in my eyes. I didn’t go to Journalism school to get harassed by a bunch of peons trying to take me and C-Brou down, also I didn’t go to Journalism school. BrouCrew Out! 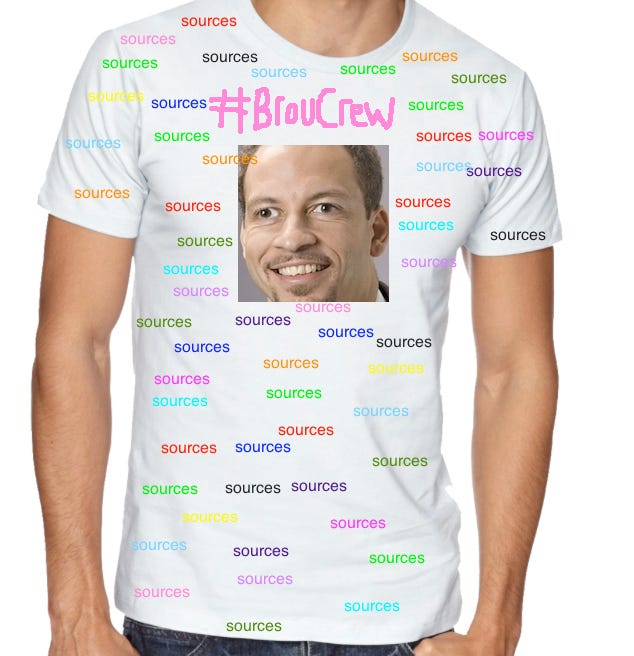