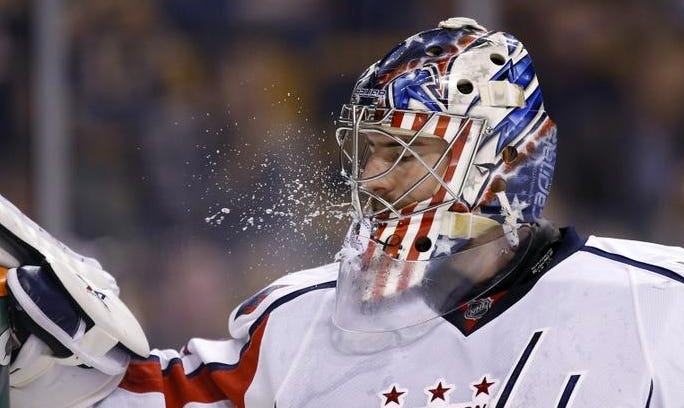 First, shame on me for never mentioning how great Philipp Grubauer’s hair is. Shame. Shame. I have no excuse. I’m so wrapped up in the Caps leading the league in everything, I failed to mention Grubby’s hair. I apologize. 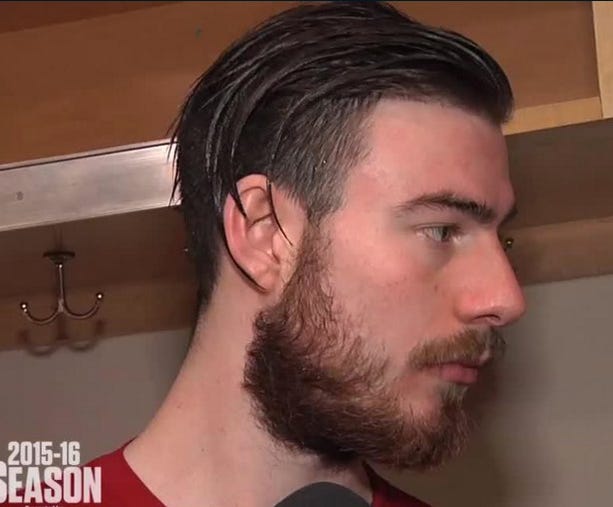 But anyway, he will be your starter tonight as the 40-10-4 Caps take on the 33-19-3 Kings. The game on Saturday was a rough one, to say the least. The Caps went down 4-0 to the Stars on 4 second period goals, before scoring 3 quick ones in the 3rd but weren’t able to pull even to take it to overtime. Tom Wilson dinged what would have been the equalizer off the post, and the Caps finished their West Coast road trip 2-1, with wins over Minnesota and Nashville.

It is real, real cool that it took until February 13th for the Caps to lose their 10th game of the season. That is something else.

Tonight is also the return of Brooks Orpik, who has missed the last 40 games due to injury. Brooks gets a bad rap due to his salary, but he was a great defenseman last season, and when he gets back into playing shape will be a welcomed addition to the blue line. And if he for some reason can’t get back to form, Taylor Chorney did an admirable job filling in during that time. Barry Trotz should not (and I need to believe will not) play Orpik just because of his contract. The best players are going to play, no doubt in my mind about that.

So Grubby vs Quick tonight, Orpik back in the lineup, and Justin Williams and Mike Richards playing against their former team. Lots of story lines going at Verizon tonight. Should be another great test for the Caps, who want to prove they can beat these top West teams. Definitely a game all hockey fans shouldn’t miss.