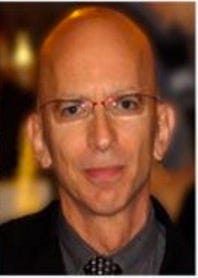 Campus Reform – Purdue University staff member Jamie Newman resigned from his position on Monday after refusing to issue a “full apology” for alleged online rape threats made at pro-life women.

Campus Reform initially broke the story that Newman posted a string of controversial comments on Purdue Students for Life’s (PSL) Facebook page, and then allegedly posted a comment on Live Action News threatening to rape the “wife/daughter/great grandmother” of another commenter on the site.

“Oh, I’m sorry. So, let me make my intentions quite explicit: I did in fact offer to rape Tom’s wife/daughter/great grandmother. Free of charge, even. I’m generous that way. Here’s the number for the West Lafayette Police Department: 765-775-5500. Here’s the number for the local FBI office: 765-435-5619. Drop that dime! I could strike at any minute. *giggles* (like a girl),” Newman allegedly wrote.

Listen everybody is entitled to their opinions. Spirited debate is what makes this country great. You have a stance that you think is morally right and you stand by it. Having said that you can’t go on Facebook and threaten to rape the great grandmothers of everyone on the other side. You just can’t. Like there’s a fine line between acceptable and unacceptable behavior when it comes to politics, and Purdue staffer Jamie Newman didn’t just tiptoe over it, he drove a fucking mack truck over it at 100 MPH then blew it up with C4 while hopping out and planting an abortion flag straight through Pro-Life’s heart into the ground. 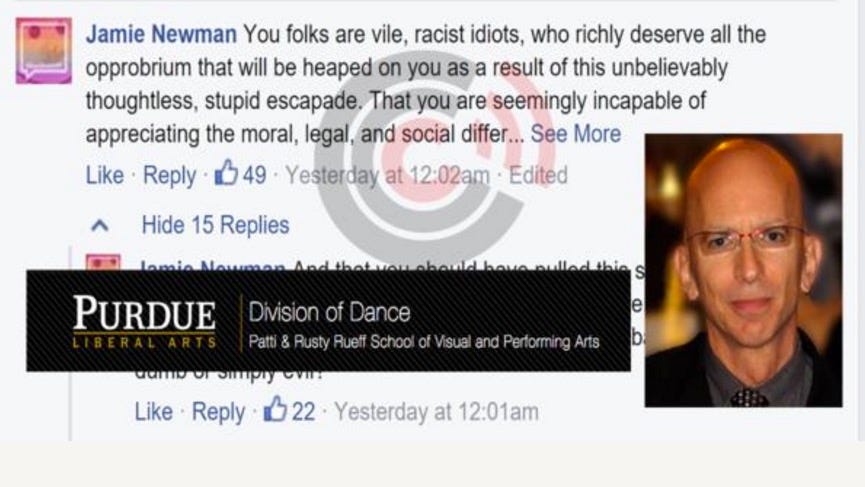 Guy is obviously a lunatic, but I gotta say, a small part of me at least appreciates his response to the whole debacle. When confronted by the police and administration, his immediate move?

As a result of the controversy, Purdue’s attorney Steve Schultz asked Newman to issue a “full apology and explanation” in a statement obtained by Campus Reform in which Schultz calls “Newman’s obnoxious rhetoric” an “embarrassment for Purdue.”

“If anything, you owe me an apology — indeed, you should probably be begging my forgiveness — for facilitating the dissemination of fabricated and defamatory statements about me, and for failing to vehemently denounce the effort made of Students For Life to destroy my life and career. I’m not planning to hold my breath waiting for one,” Newman wrote in an email to Schultz.

Demanding an apology for being asked for an apology. You gotta respect that.

Newman confirmed his resignation with the Lafayette Journal and Courier.