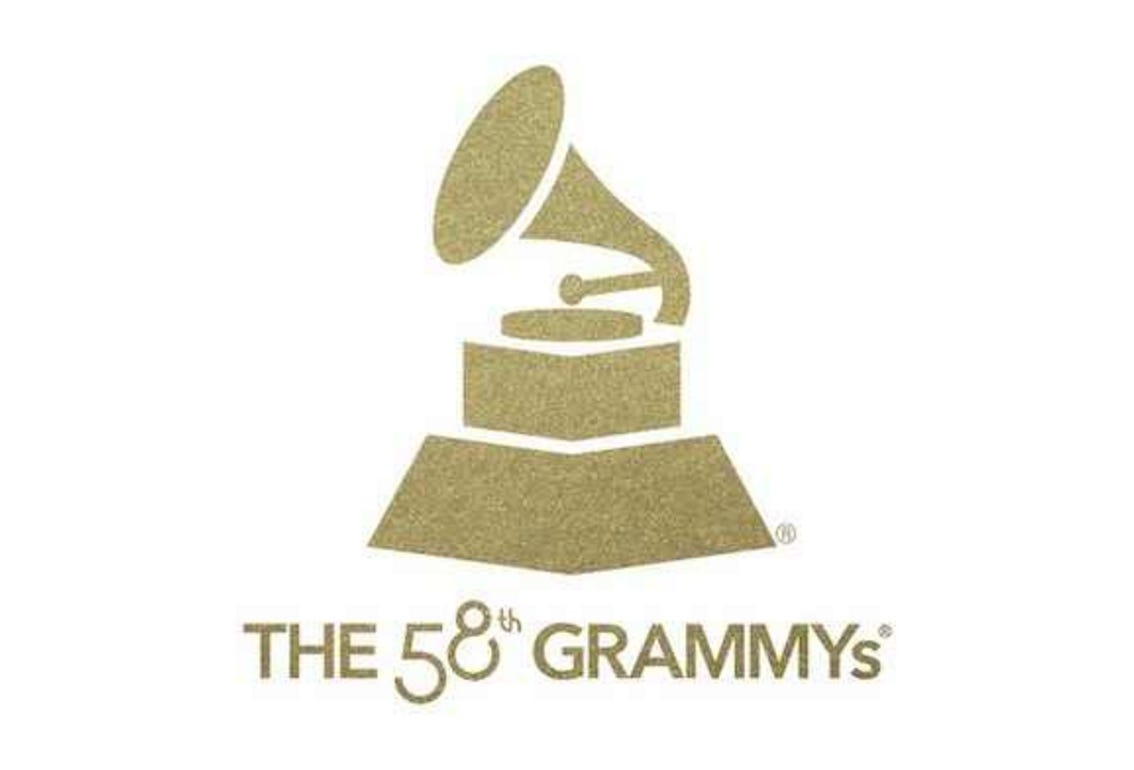 The Grammy’s. The crown jewel of awards season. People actually care about winning the awards, unlike some bootleg shit like the Golden Globes. The musical performances are far and away the highlight of all the awards shows and breaks up the stuffiness unlike the Oscars. Its the entertainment of the VMAs with an actual meaningful award. Best of the best. If you missed anything, Team Barstool had it all covered on Twitter, and all the highlights are here. We start on the Red Carpet, where it began and ended with Selena Marie Gomez: 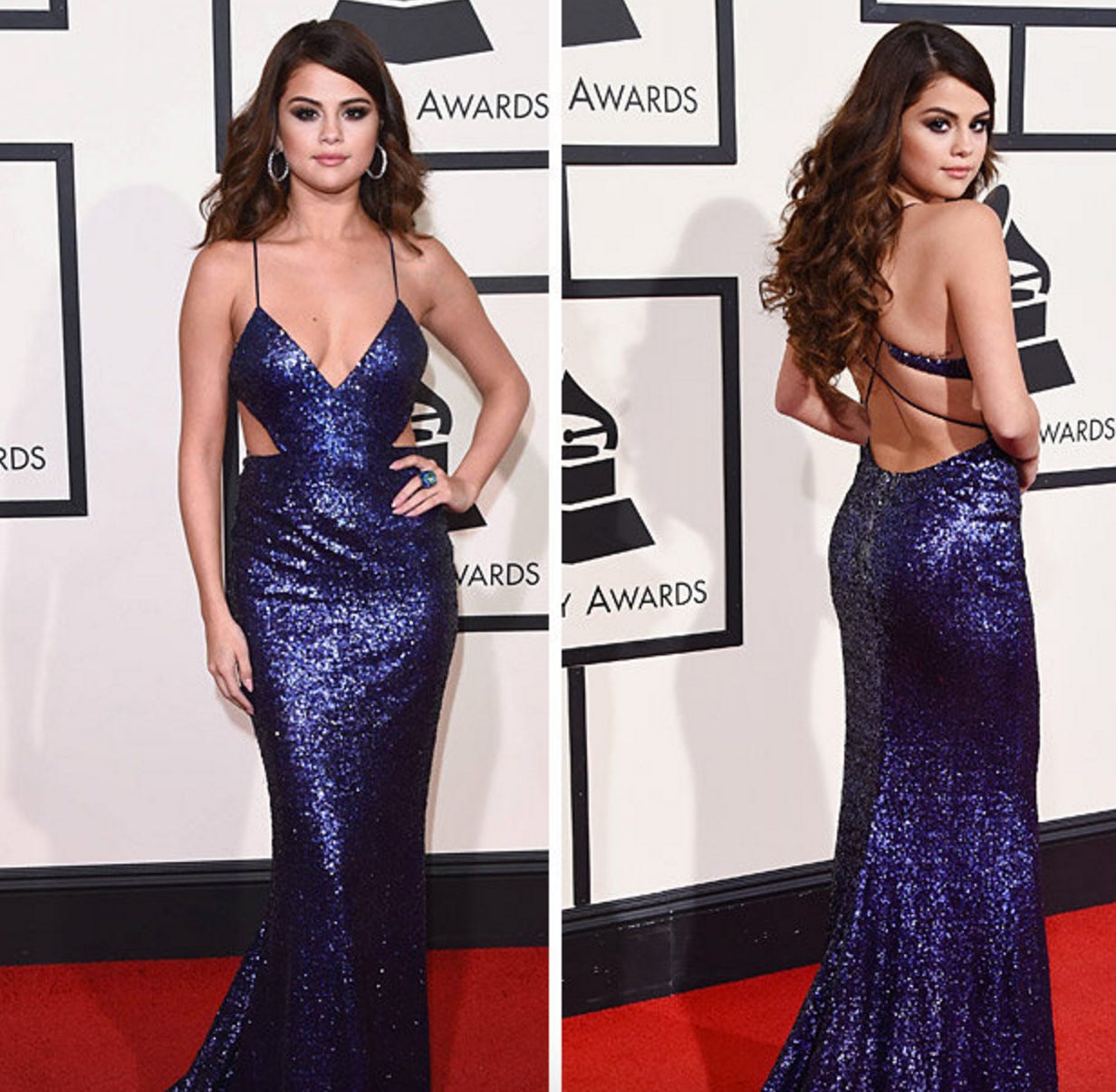 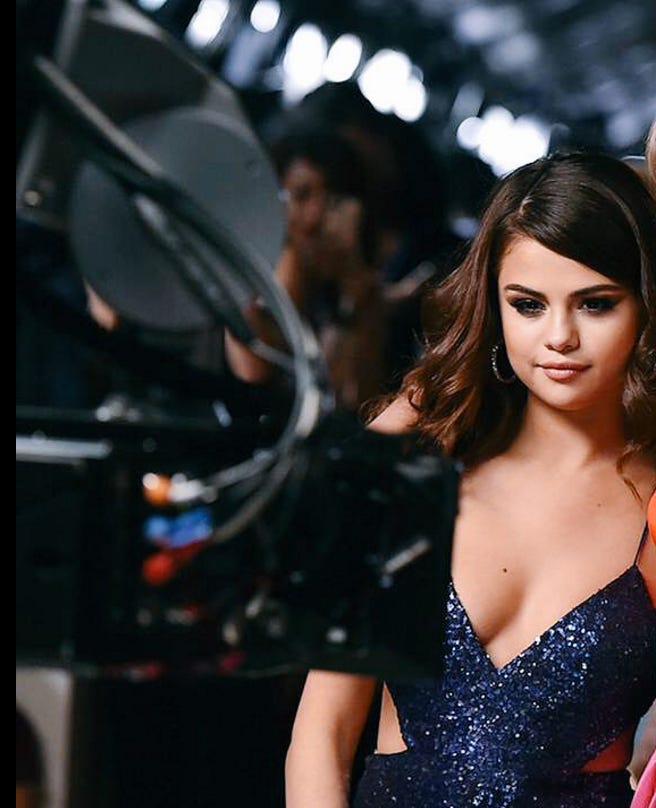 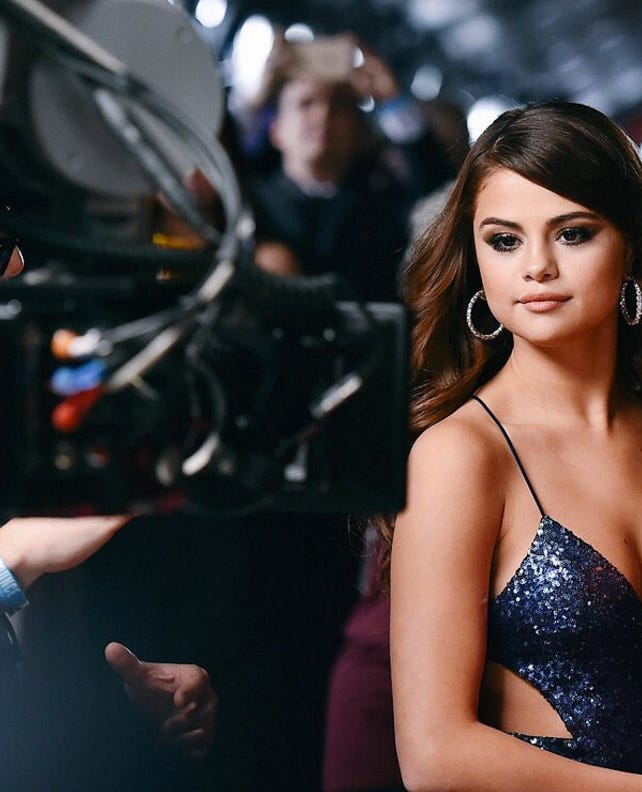 Absolute ROCKET. Baffles me that there are some people out there that dont think she’s attractive. One of the hottest in the game at this point. She’d be perfect if she cut out this nonsense being that gangly stork Taylor Swift’s best friend. 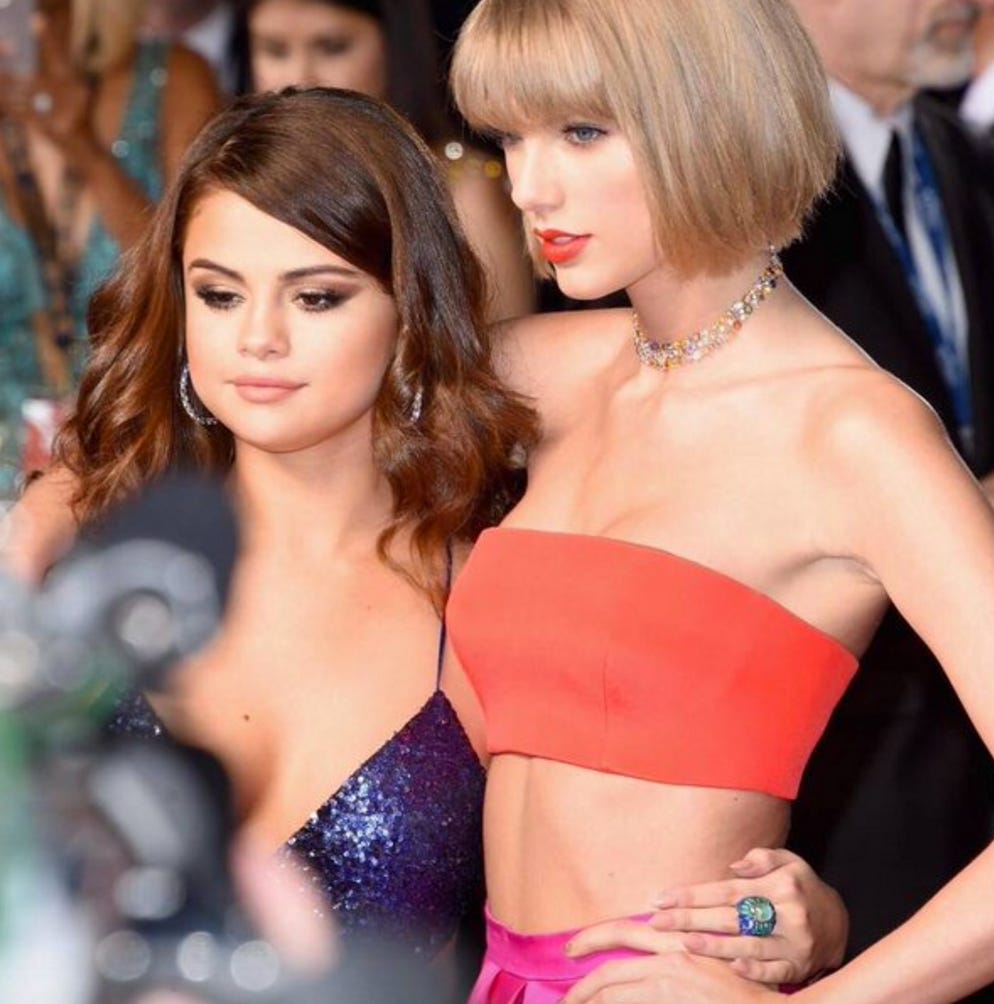 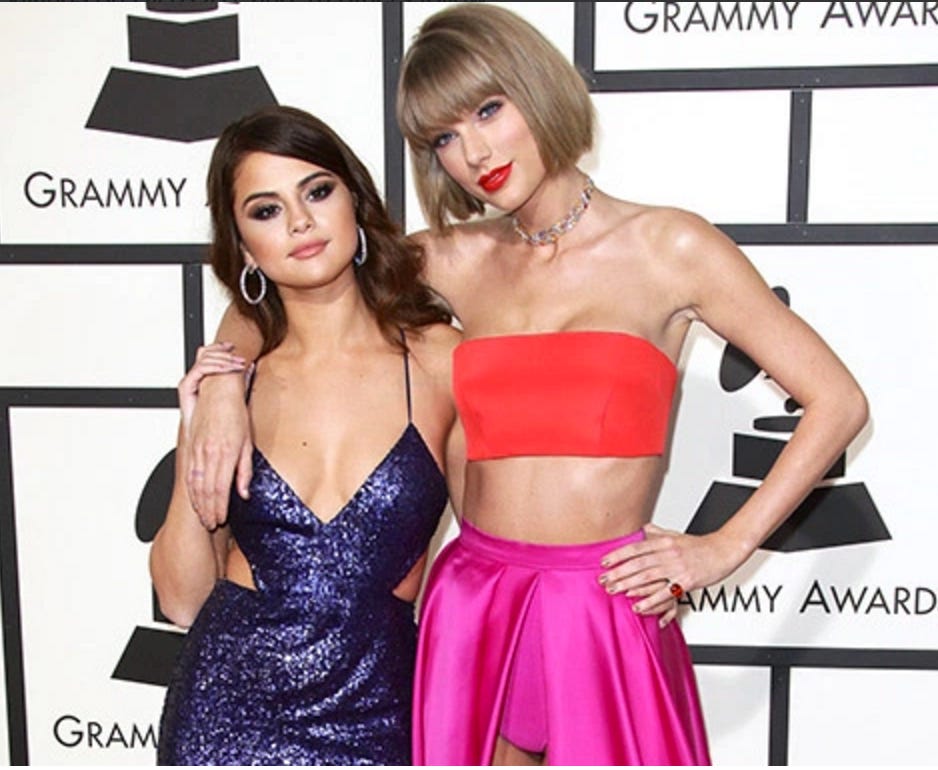 They showed up as each others dates and would not shut the fuck up about it. Taylor Swift looks like Big Bird. She’s got Portnoy’s posture: 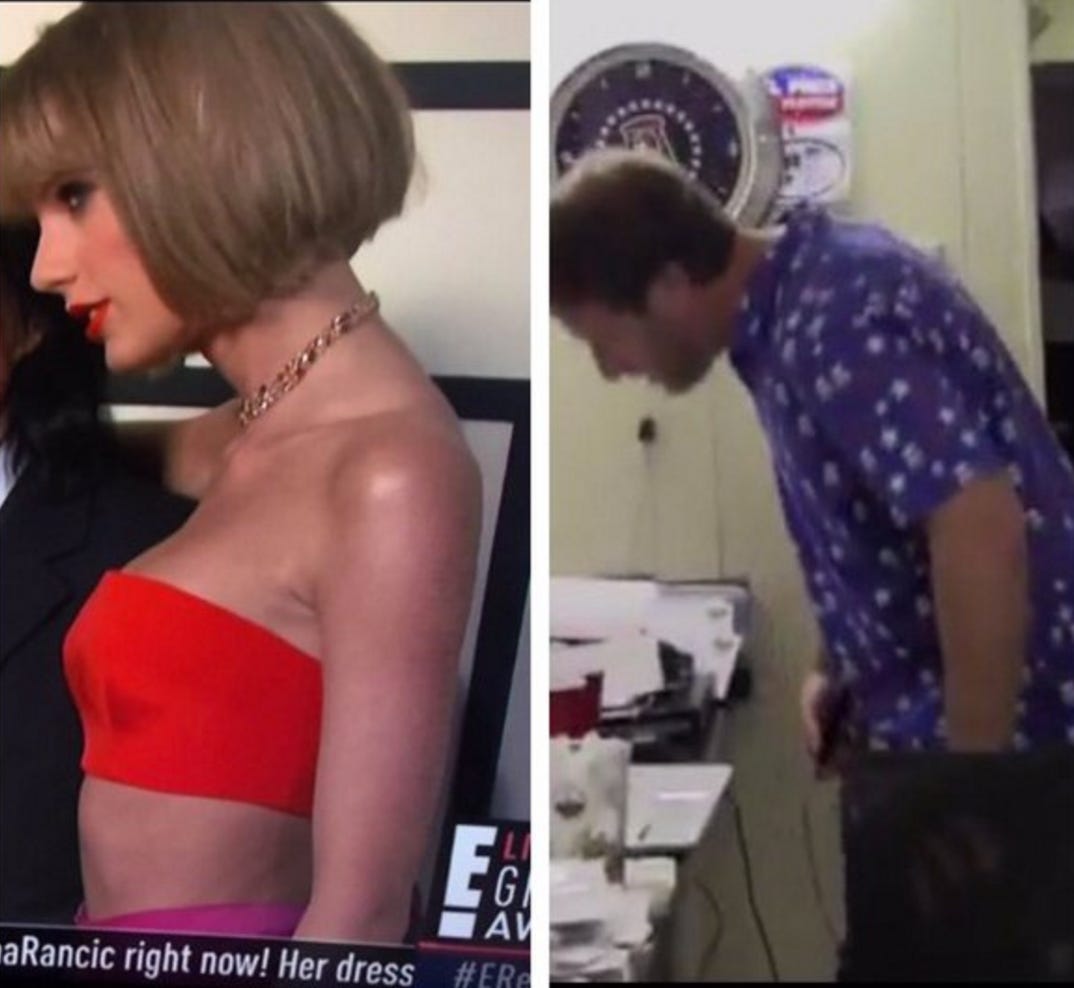 Probably because she’s basically an ostrich like Sweet Dee and is always bending down to other people in pictures. Everyone who thinks Taylor Swift is a smoke needs to realize she looks like Kristaps Porzingis. 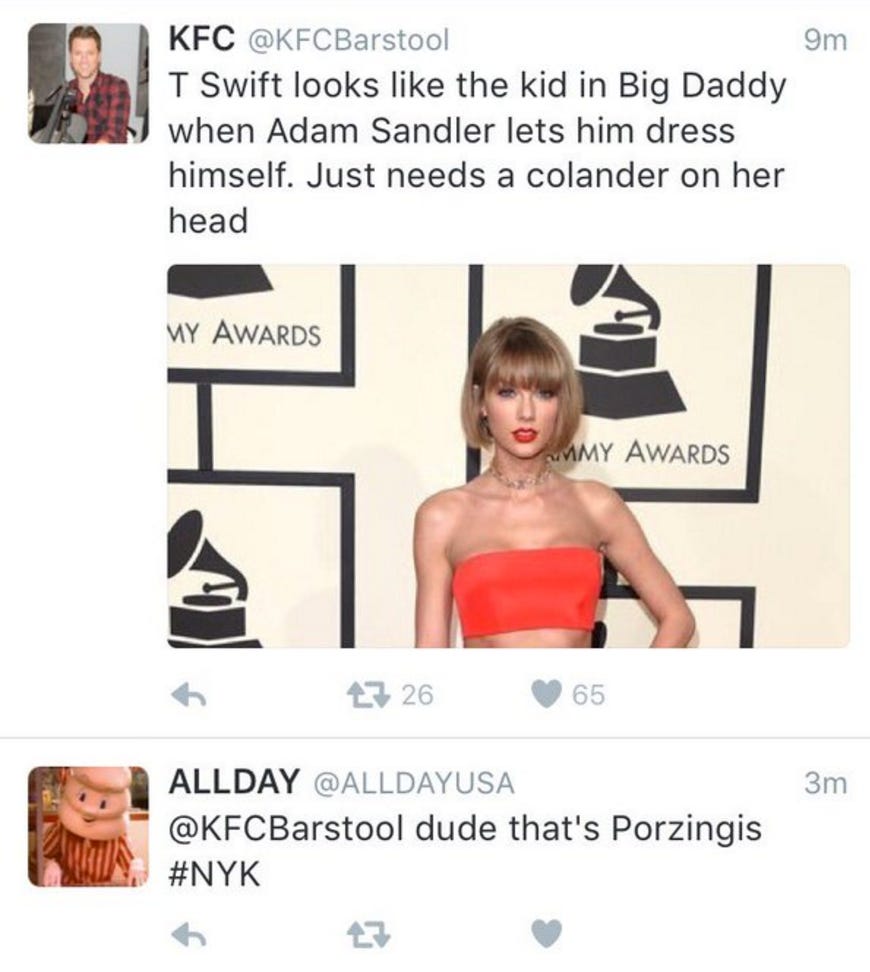 So it makes sense that Selena would want to roll with her. T Swift is her Ugly Friend and shes the hot chick. Why Taylor Swift wants to roll with Selena? No clue. If I was a chick I wouldnt have gone anywhere near Selena last night. Never stand next to the prettiest girl at the party. 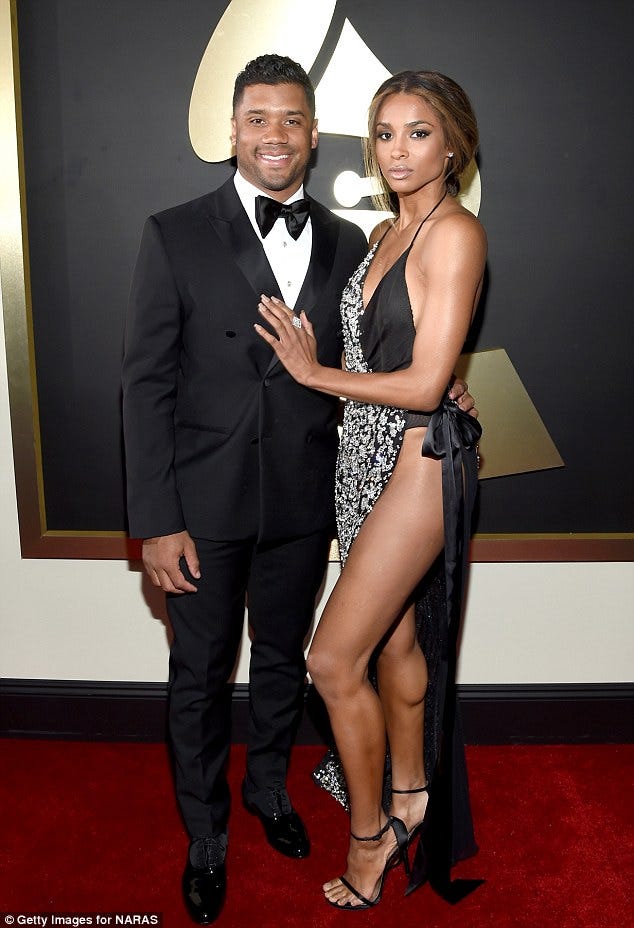 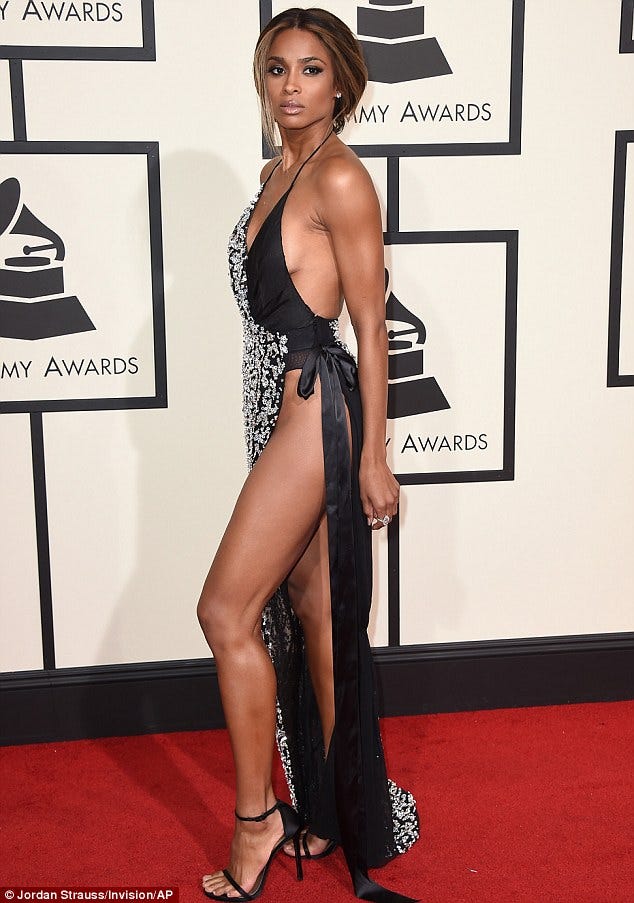 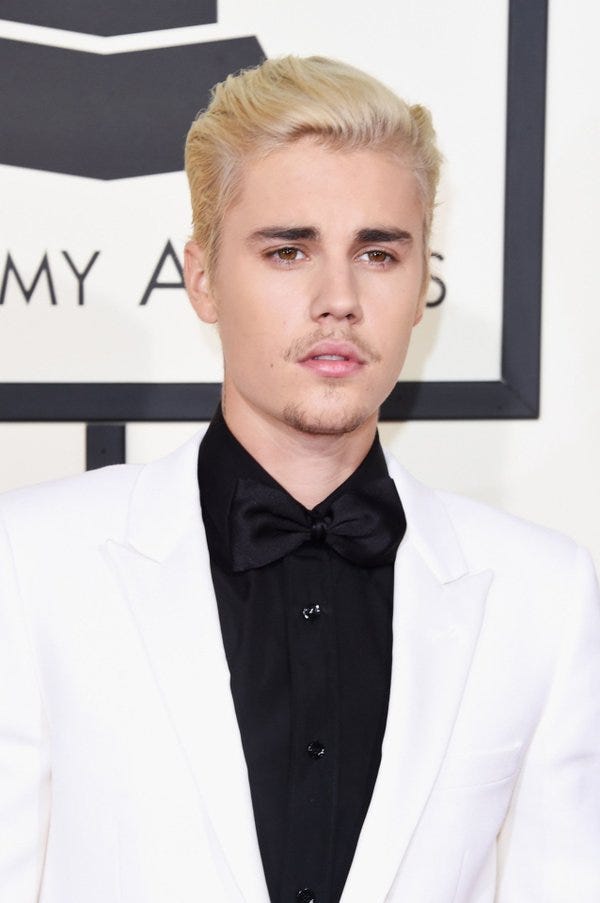 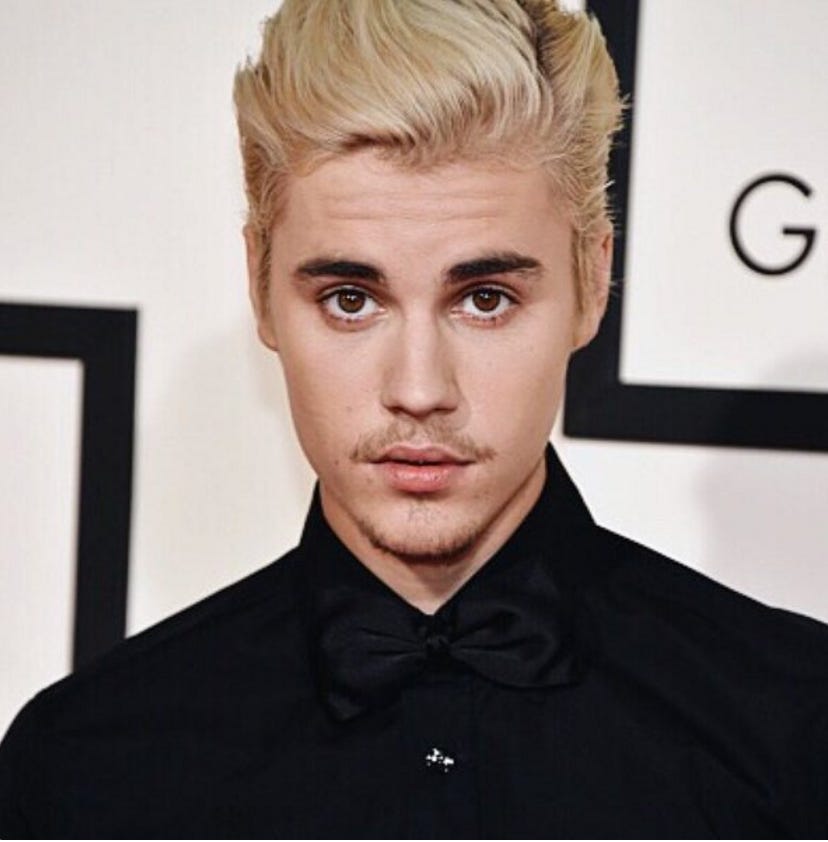 The Slim Shady LP hair was an interesting choice but when you got flow like Biebs it doesnt really matter. But whoever OK’d the creepy Mexican facial hair needs to get fired. That stylist has gotta go. Jared from Subway thought that shit was weird. And I know this was his little bro and its cute and funny but kissing little boys on the red carpet didnt help when everyone is already saying you got a pedo stache: 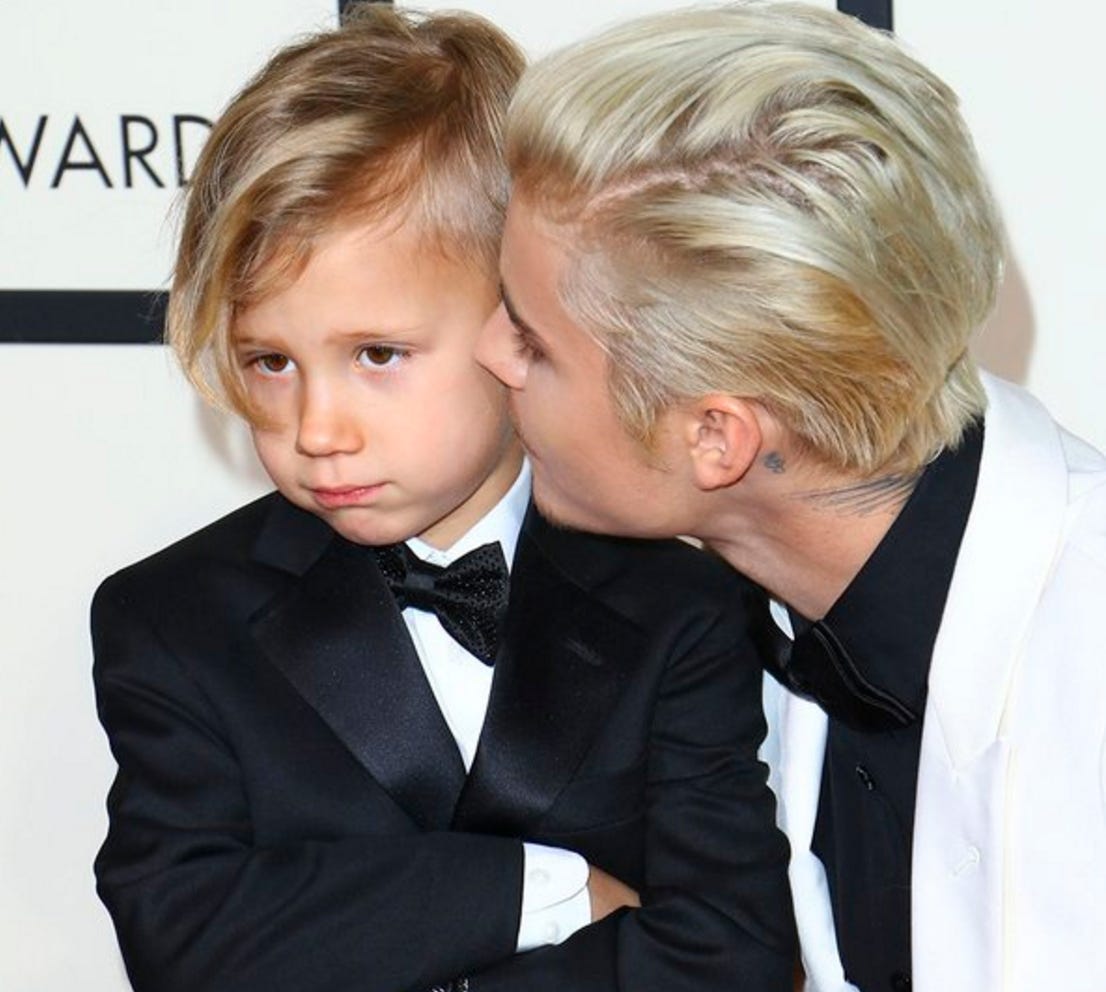 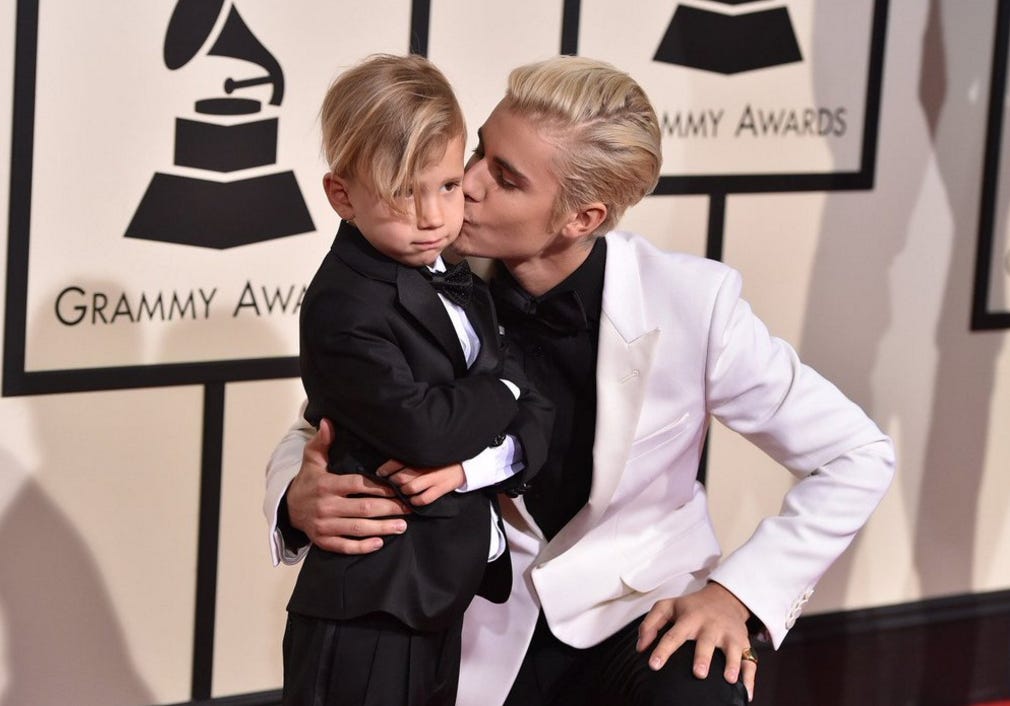 Oh and this Zendaya chick showed up lookin like MacGuyver: 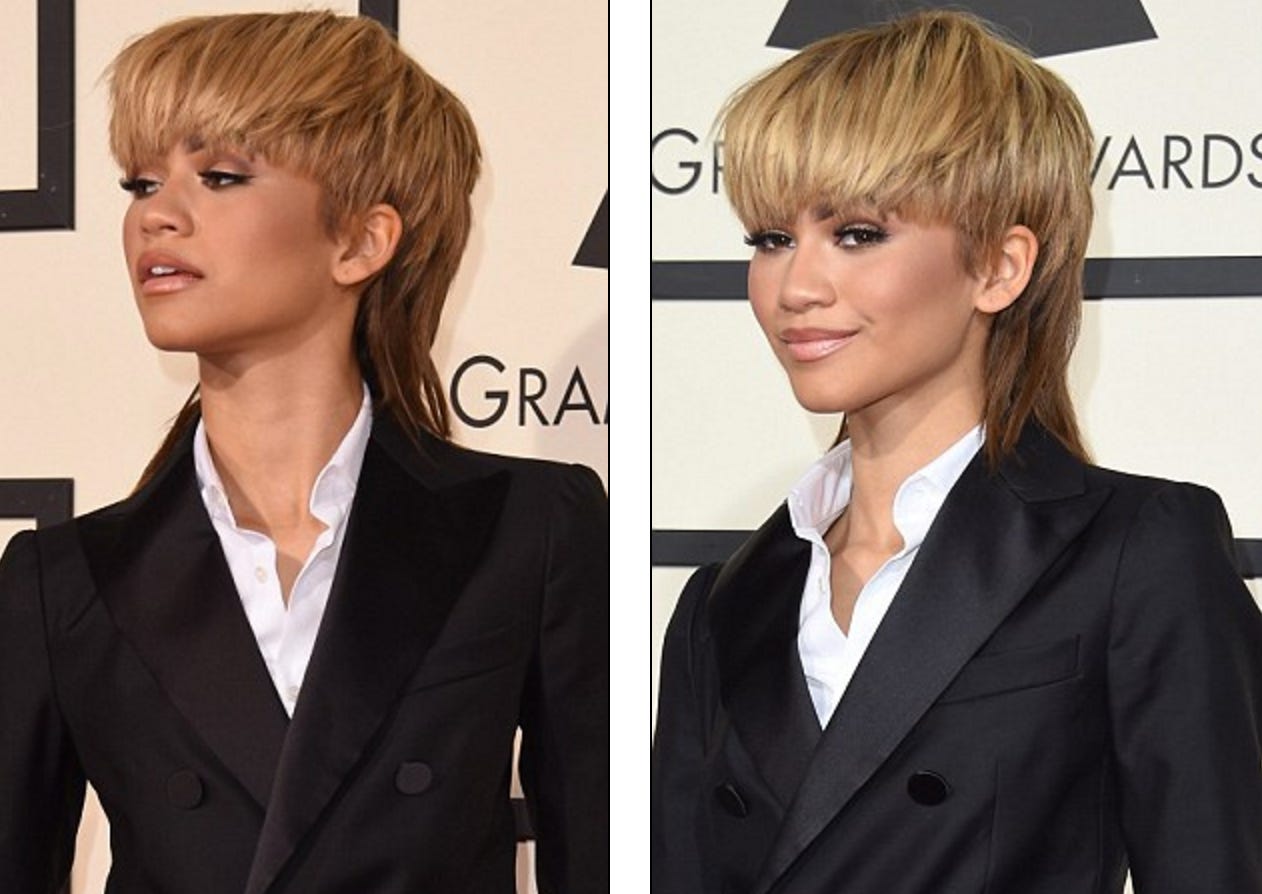 On to the actual show, where LL Cool J hosted again. Still keeping Kangol in business: 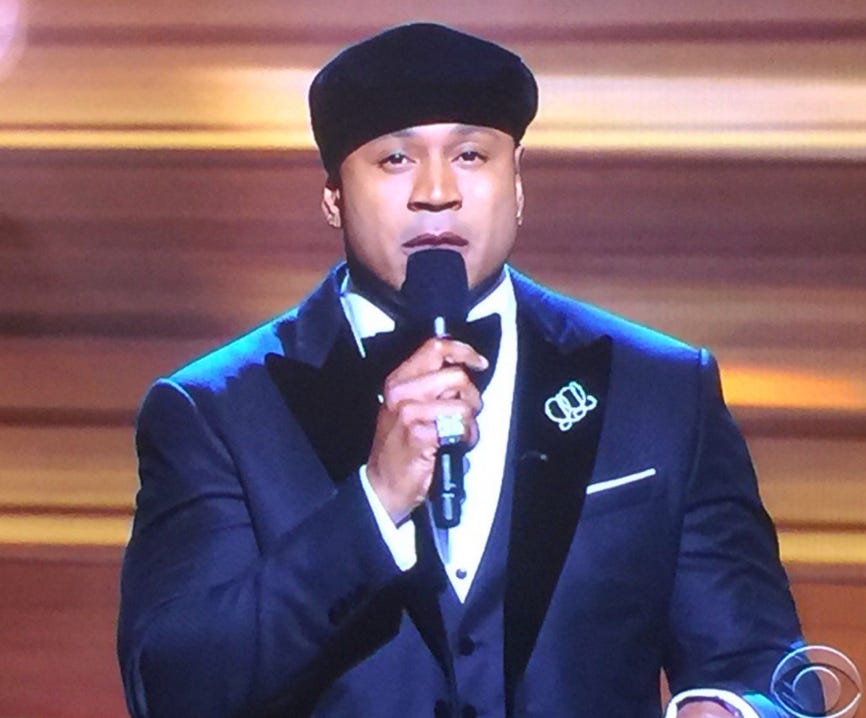 DEEPEST, BLUEST, MY HEAD IS LIKE A SHARKS FIN.

I’m pretty sure at this point LL Cool J should be classified as kind of a loser but all I think about when I see him is Doin It and the Loungin Remix on YO! MTV Raps and 4,3,2,1 and I’m automatically obliged to say he’s a cool guy.

T Swift made a wardrobe change and came out in a onesie looking like Napolean Dynamite from Blades of Glory: 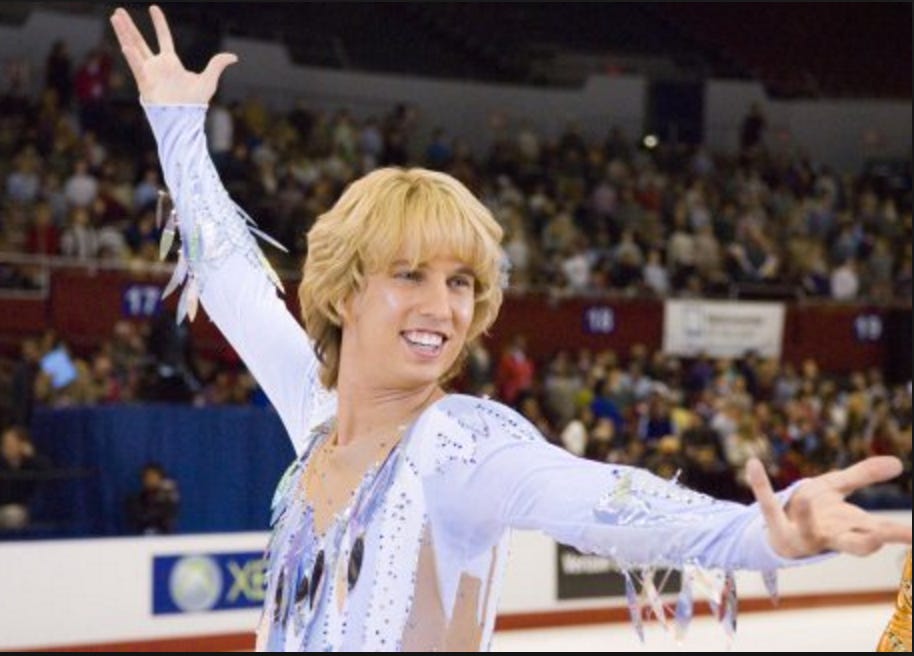 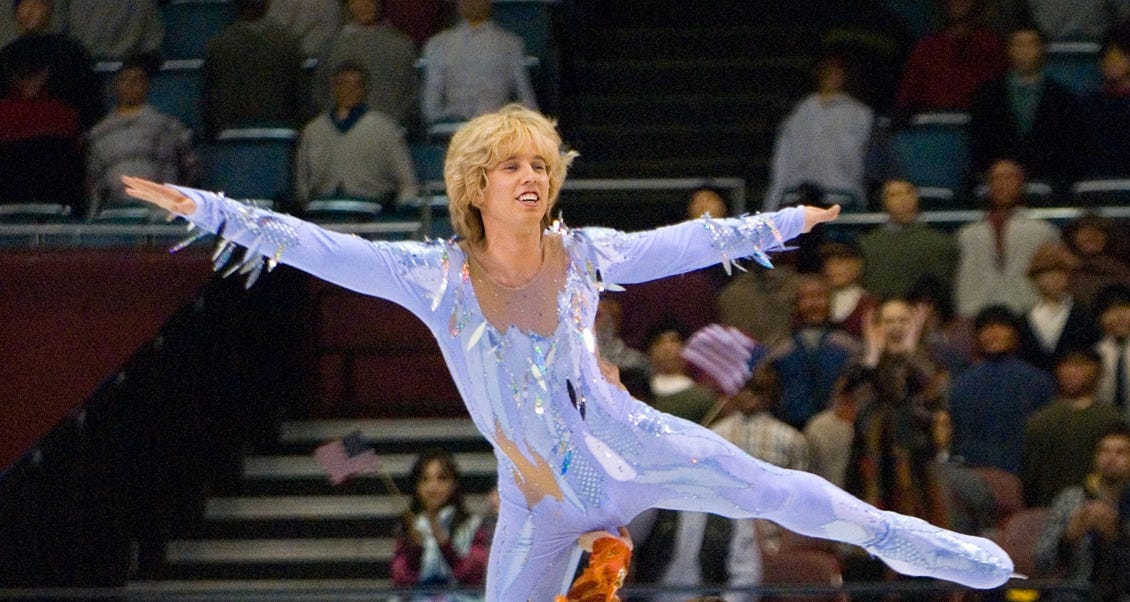 Also, if you google “Jon Heder Blades of Glory” one of the first matches is this picture: 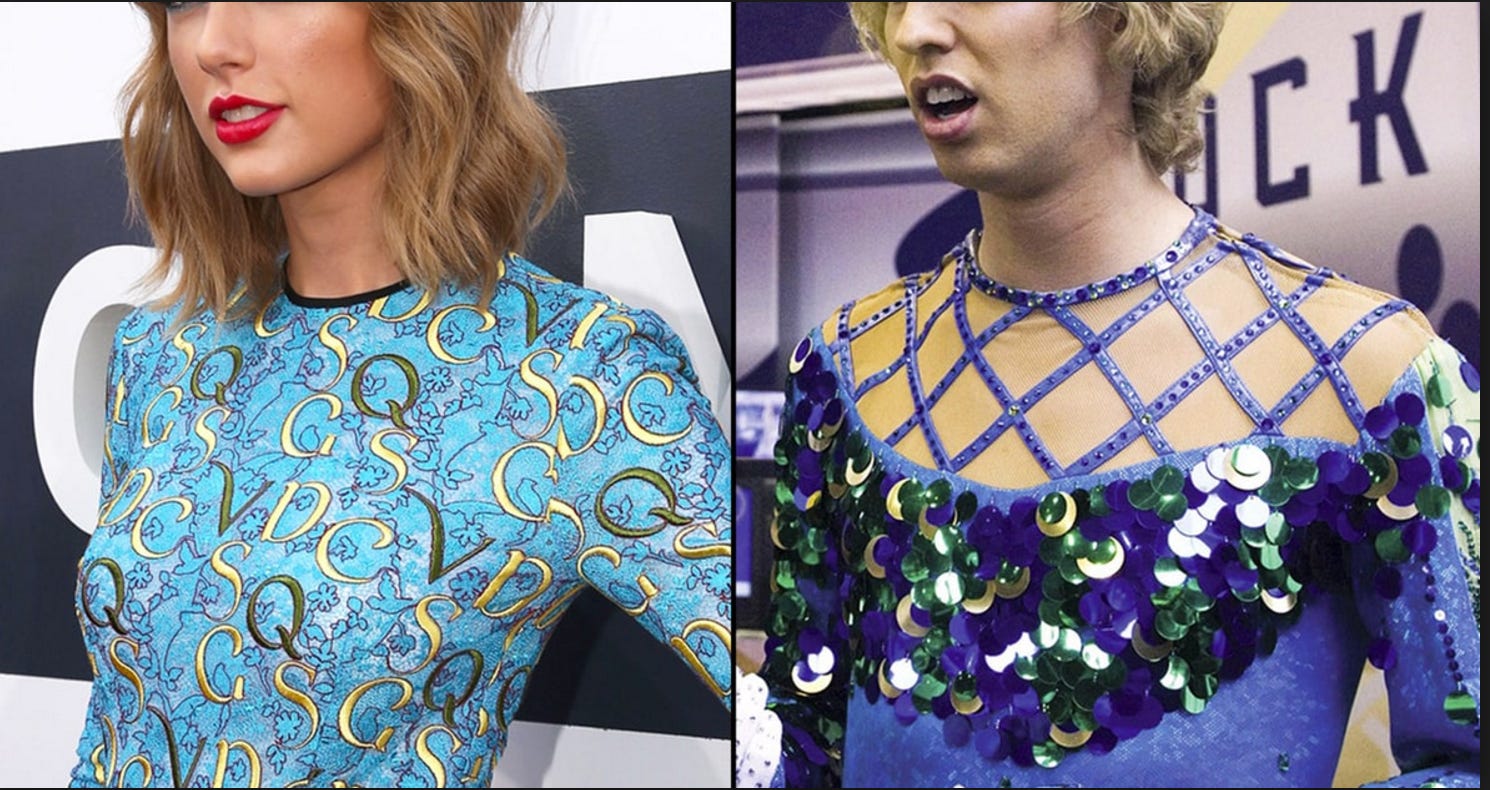 Hey Taylor you should probably stop looking like Napolean Dynamite. 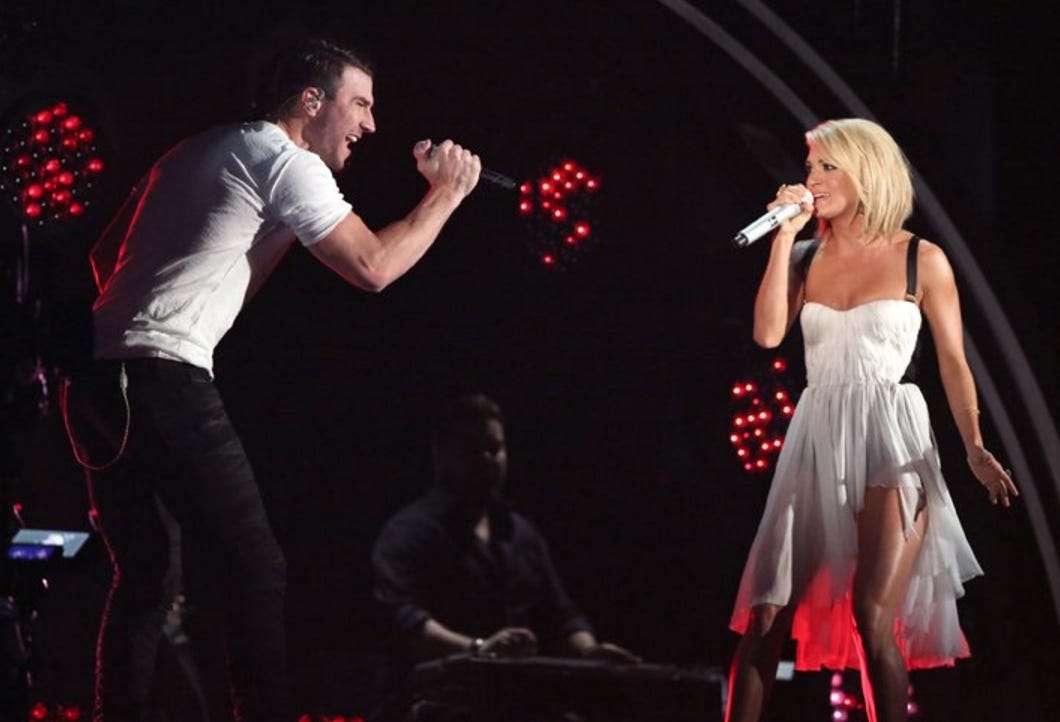 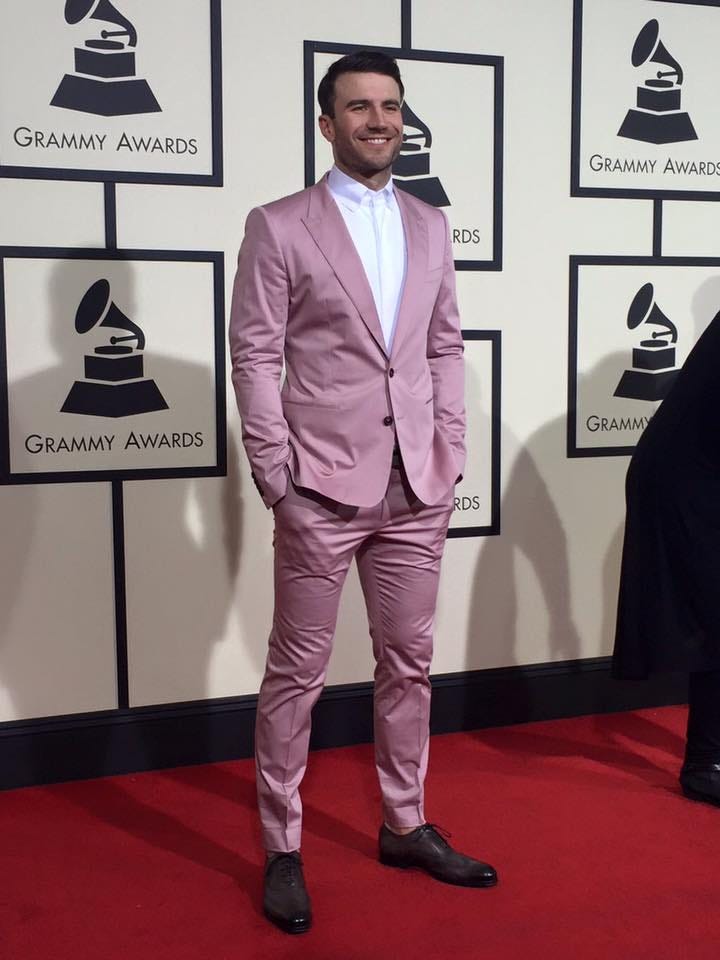 Sam Hunt is right at the top of my list of people to change lives with. Ex football player, about to fully explode on the music scene, jacked as fuck, good looking, and famous but not too famous that you cant live your life

Then began the Black People Portion of the show:

The Weeknd eased us into it and came out with his ski slope hair that still baffles me to this day. It looks like Mount Crumpit from The Grinch. Its like some sort of helmet he takes on and off. 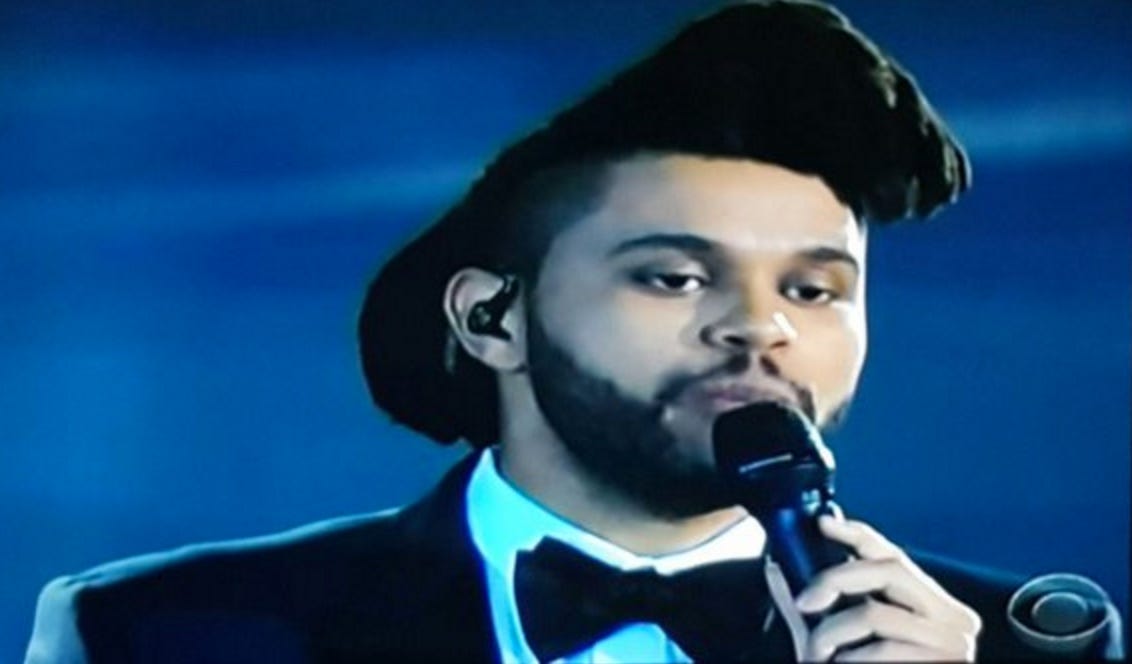 That was some major shit. I felt like I watched an episode of TV after that performance. Made me feel uncomfortable as fuck coming out there in shackles and shit. White guilt out of my ass. Hard to fully enjoy a performance that is absolutely not geared towards you at all. But I can respect what Kendrick did out there. Especially as a rapper. I remember a Big Pun live performance where he sat on a stool with a towel over his head and just spit. Didnt move an inch. Kendrick was practically an actor up there last night.

And then, somehow, some way, we got even blacker. Previously thought impossible to get blacker than Kendrick Lamar, we went to New York for a performance of Hamilton.

Hamilton is sold out until 2018. Thats fucking nuts. I dont even plan out any events more than like a week in advance. People out here buying tickets for a show 2-3 years in advance. And in what was the biggest mortal lock in the history of mortal locks, Hamilton won the Best Musical Grammy and the dude who plays Lex Ham spit an acceptance speech verse that was firre

When you know like a full year in advance youre going to win a Grammy, you can plan your speech like that.

Lady Gaga runs out there with a performance in honor of David Bowie to all the people out there unsure if they have a dick or a pussy. She als has gingivitis like a motherfucker. 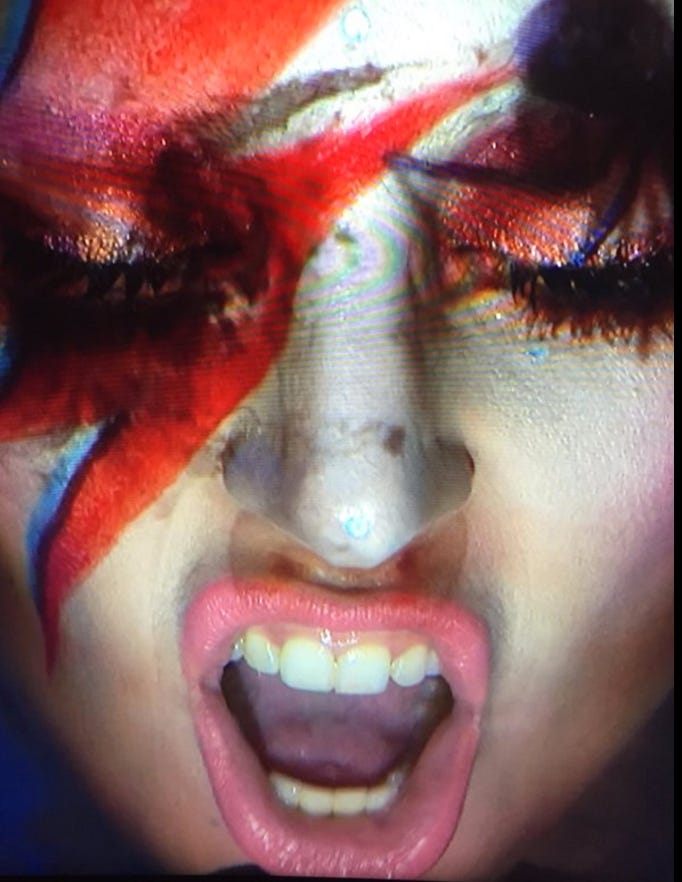 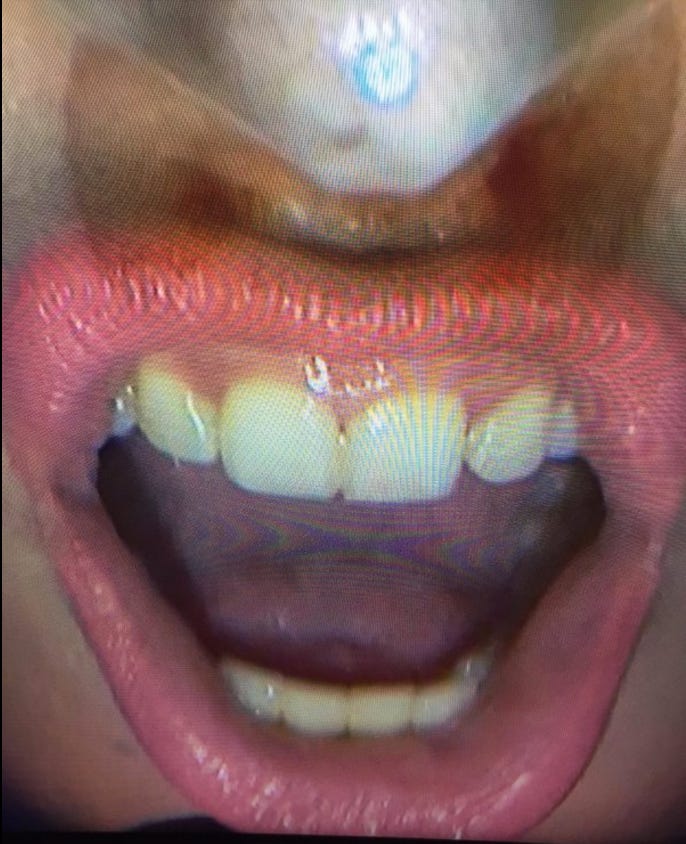 And then, somehow, some way, we got even whiter. Previously thought impossible to get whiter than Lady Gaga as David Bowie, we went to Alice Cooper Joe Perry and Johnny Depp as The Hollywood Vampires

Johnny Depp was absolutely shredding on that guitar that wasn’t plugged in to anything.

And then the pinnacle of whiteness…the Whitest of All Time…Taylor Swift won for Album of the Year:

She got up there and shit ALL over Kanye West for trying to take away from her accomplishments:

Tori Kelly DGAF though, because shes The Baddest Bitch 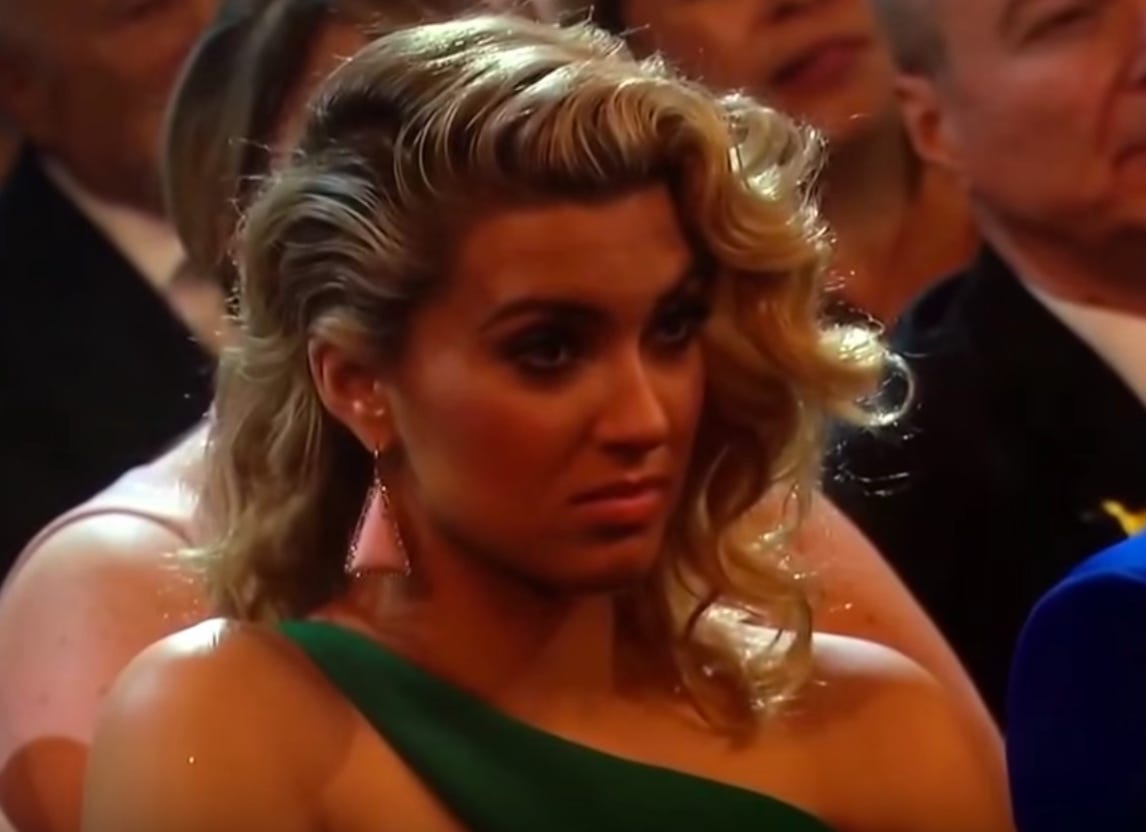 Cockiest moment of the night goes to Bruno Mars who called his shot and absolutely knew he was winning Record of the Year for Uptown Funk:

Just kidding, it was Mr. 305, Mr. International, Pitbull grinding up on Sofia Vergara who came out dressed up as a taxi cab:

I think the best way to sum up the 2016 Grammys is that Kendrick’s performance had to share the same stage as Pitbull singing about a taxi, with a dancing taxi cab next to him. Music baby. Music.