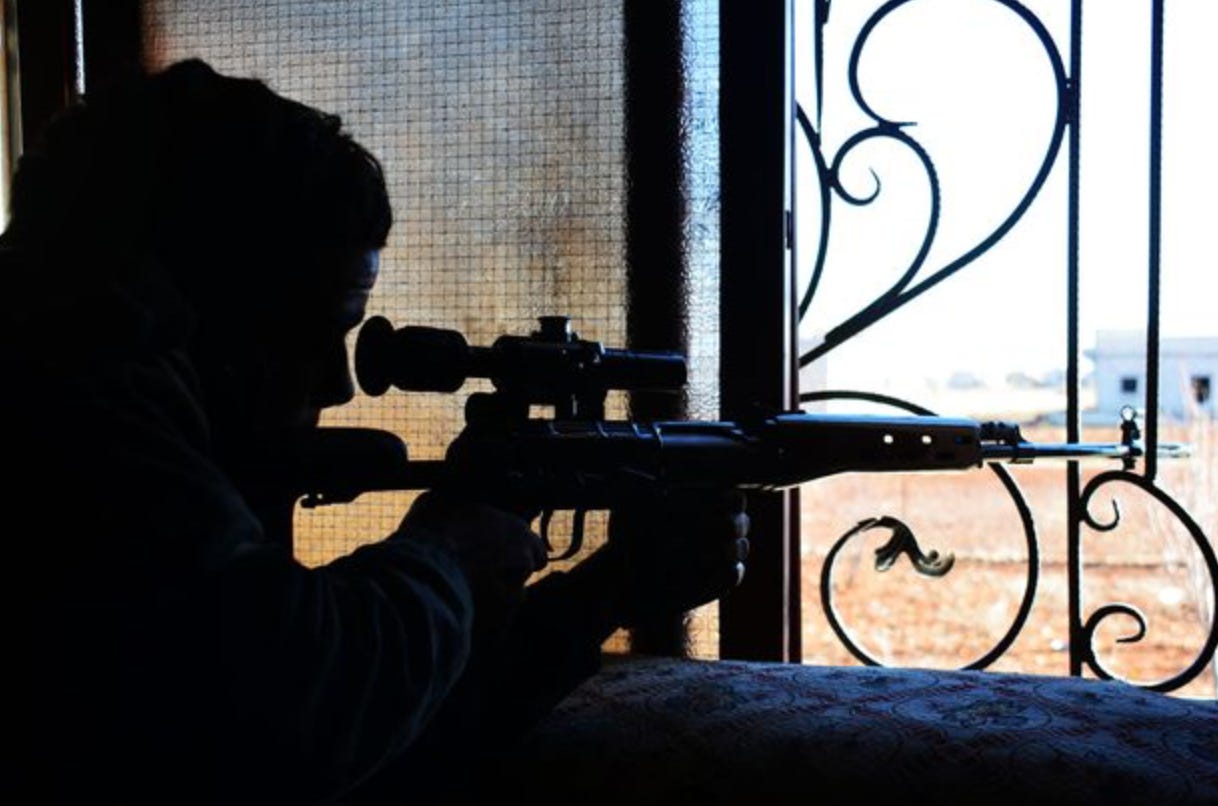 Mirror- A British sniper fired a special bullet that took a executioner’s head off in one go while he was teaching ISIS recruits how to decapitate prisoners, it has been claimed. The marksman was reportedly 1,200 metres away when he locked on target killing the villain outright. Using a special ‘wounding’ bullet – which makes a tumbling motion when it’s fired – the SAS pro was acting on information gained from MI6 agents on the training camp , reports say. Eight British troops were armed with long range sniper rifles, machine guns and rocket launchers – while another team of 12 were close by in military vehicles. The incident reportedly happened at a northern camp in Syria a fortnight ago. Operatives received information on the whereabouts of the mob undergoing tactical training in a small village close to a school. They were teaching young recruits how to use knives, axes and a sword to kill prisoners.

Sweet sweet poetry, my friends. Just like that, the world makes sense. All of it. Most of the time it really feels like this whole place is just swirling entropy that makes zero sense whatsoever. Things just happening for no rhyme or reason whatsoever. Hurricanes, tornadoes, wars, disease, famine, Chick fil A not being open on Sundays. None of it seems to make any fucking sense. Then something magical happens.  Something too poetic to happen by chance. A moment of clarity for the universe. When everything comes together and the swirling entropy turns into sweet music. Anything any person has ever done over the course of human history was leading up to this moment.  The moment when an asshole ISIS solder was training his recruits how to behead prisoners and he got his head blown clean off by a British sniper. Choose whatever God you want but this is the right one. The one who orchestrated these events is the real one. Just an absolute thing of beauty.

Part of me also thinks it went down like this

All of the young and stupid ISIS recruits then being like, “This must be part of the training!  He had himself decapitated to show us how to decapitate people. A true dedication to the craft.”