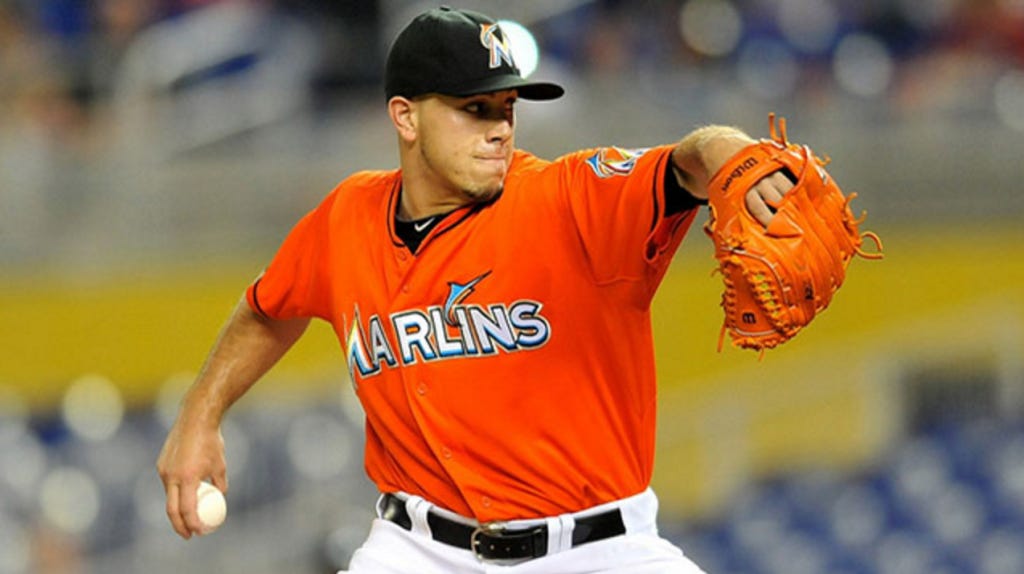 Whether you want to trade for him, give him a contract extension, or pay him as a free agent, right-handed pitcher Jose Fernandez is going to cost a lot.

A couple of months ago, Peter Gammons reported the laughable package that the Marlins wanted from the Red Sox in exchange for Fernandez, which included a handful of Boston’s top young talent, so we now have an idea of what it would cost to acquire the 23-year-old via trade. Well, now we know what he’s going to command as a free agent.

A friend of Jose Fernandez said among the things that upset Fernandez about the Marlins were the team’s trades last summer and the removal of pitching coach Chuck Hernandez (replaced by Juan Nieves). The friend said former Marlins player Jeff Baker soured Fernandez and others on the front office.

But Fernandez and the Marlins will make this work until free agency (after 2018) or an eventual trade. The Marlins are under the impression that his representation wants $30 million a year when he becomes a free agent, a figure they have no plans to meet.

Oh, no way! You mean to tell me that the organization that was dead last in the MLB in payroll on Opening Day last year doesn’t want to pay their star pitcher? Shocked, I tell you. Completely shocked.

Fernandez underwent Tommy John surgery in May of 2014. In his rookie season of 2013, Fernandez logged 28 starts, striking out 187 batters in 172.2 innings with a 2.19 ERA. Fernandez trailed only 2013 Cy Young Award winner Clayton Kershaw in the National League in ERA, was third in WHIP (0.98), and second to AJ Burnett in strikeouts per nine innings (9.75). Fernandez earned Rookie of the Year honors in 2013, before going under the knife the following year.

The former first-round draft pick made a nice recovery after Tommy John surgery, striking out 79 batters in 64.2 innings with a 2.92 ERA in 2015, but the injury bug bit him again this past summer when he hit the 15-day disabled list in August with a right bicep strain. The Marlins are a notoriously cheap organization. Granted, yeah, they did sign Giancarlo Stanton to a 13-year, $325 million extension, but watch how fast they try to trade him once his contract starts to kick his annual salary up to just a tick under $30 million.

If I’m the Marlins, even if I did have the financial flexibility to extend Fernandez right now, I don’t even explore that option. It’s too risky, given how susceptible he’s been to injury thus far in his career. If you’re the Marlins, you wait this thing out until he re-establishes his monster trade value, and then you do what the Marlins do best, and that’s trade away a young, superstar talent to a team that’s actually going to pay them what they’re worth. But if you’re a Marlins fan, you can’t really shake your fist at the organization for doing this. First and foremost, Fernandez’s disdain for the Marlins organization is well-documented. Second, he’s a Scott Boras client, so a contract extension wasn’t happening, anyway. And lastly, due to their financial restraints, and the reasons already mentioned, the chances of the Marlins signing Fernandez once he reaches free agency are probably less than zero.

Now, whether or not Fernandez will actually make $30 million a year as a free agent will all depend on the next three years he has remaining before he hits free agency. If he can come anything close to his production in 2013, you could argue that he could actually make north of an average annual value of $30 million. I mean, he could technically have three mediocre seasons, and still get somewhere in the neighborhood of $30 million, just because Boras is so friggin’ good at his job. You can never rule out the possibility of Boras finding some sucker team to pay him based on his production from six years prior, even with the injury history. After all, he did get the Yankees to bite on Jacoby Ellsbury for $153 million over seven years in 2014, solely based on his production from 2011, all while being one of the most fragile players in baseball.