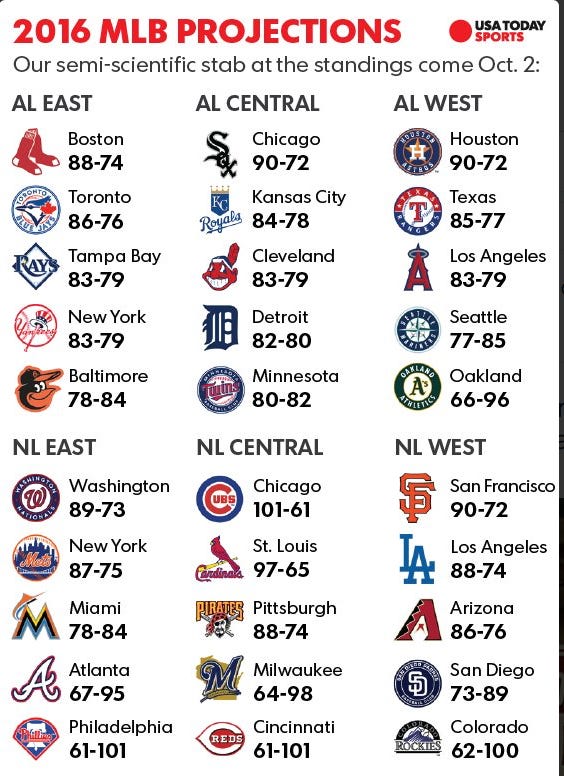 Genius! Look at that fucking number man. I’ve been in a post football funk since the Super Bowl but seeing Cubs and 101 next to their name gets the juicing flowing. And listen, I’m going to be realistic about this season. I understand the Cubs had some serious injury luck last year and Arrieta or Lester missing significant time could derail this entire train. I also understand that last year was gravy, a darling story that was completely unexpected. This year there are expectations and a Cubs team with World Series expectations will get all sorts of attention/heat from the local and national media. But still. This team is fucking stacked man. So ready for opening day. So ready for 101 wins and to shit down the Cardinals throat all year long. Need spring to get here ASAP.

White Sox fans, 90 wins is a joke right? I mean I like some of the moves the Sox have made but that would be an enormous jump for a pretty bad team last year. Maybe I’m wrong. I would love nothing more than 2 competitive baseball teams in Chicago. I have no real hate for the Sox, a competitive crosstown cup is one of the most fun things in the world. That extra spark makes it unlike any other city in the summer.