Desperation save in overtime to keep the game alive and lead the Toledo Walleye to victory. There may not be a ton of lasting memories from the 2015-16 ECHL season but Jeff Lerg’s save of the year is one of them. At 29 years old and already with a few failed professional tryouts with AHL clubs under his belt, it’s safe to assume that Toledo is about as far as Jeff Lerg’s career is going to go. But this was a thing of beauty. Like a flounder out there flopping and flailing all over the place and it worked to perfection. Nothing worse than being the should-be goal scorer in that situation. Happened to me way more frequently than I’d like to admit. You think you have a goal just waiting there for you gift-wrapped on a silver platter. Next thing you know, you find a way to fuck it up and the play is going the other way. 23 in white is going to have nightmares over this one for a while. While we’re on the ECHL, let’s talk about the new goalposts they started using this year. 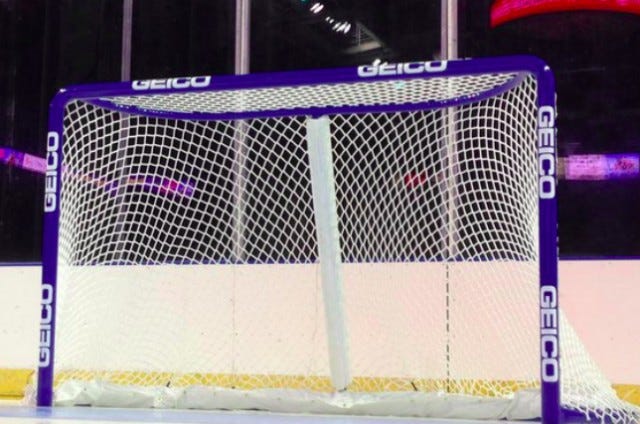 Not sure how I feel about these yet. Which is weird because I was expecting to hate the shit out of them. But for a league like the ECHL that needs to do anything they can to make a buck, this isn’t half bad. Before you know it I’m sure they’ll be placing ads within the actual netting and maybe even have goalposts that change advertisements throughout the game. But for now, I don’t hate the blue posts. I wish I did, but I just don’t. And now let’s move from the ECHL to the QMJHL where it was a rather shitty weekend for referees.

First we had this bozo who I guess had other plans he had to get to later that day and decided the game was taking too long. So what does he do? Just goes ahead and rips up half-an-inch of the ice and gets the game called early in the 3rd period. Lucky for the home team, they were already up 5-2 at this point and were just given the win. Almost seems like maybe this was an inside job to get the 2 points before the clock struck zero but we’ll just go ahead and blame incompetence on this one. I feel like we’ve all been in this exact situation before. Some more than others. You think you have a brilliant plan, you think you’re helping out, and then in reality you end up just making everything 5 times worse than it was in the beginning and everybody looks at you with shame and disgust in their eyes. At least your heart was in the right place though, right?

The next time I don’t laugh at somebody getting drilled in the nuts with a foreign object will be the first time. As long as it’s not you getting hit in the dick, it’s hilarious. Want to not get drilled with a 16 oz Molson can? Make better calls. Seems like a pretty simple solution to me.

And to wrap this all up in a full circle, let’s just take a quick moment to appreciate the Toledo Walleye Don Cherry uniforms they wore earlier this season. Not sure which is more impressive. These sweaters or the Jeff Lerg save up top? Might be a draw. 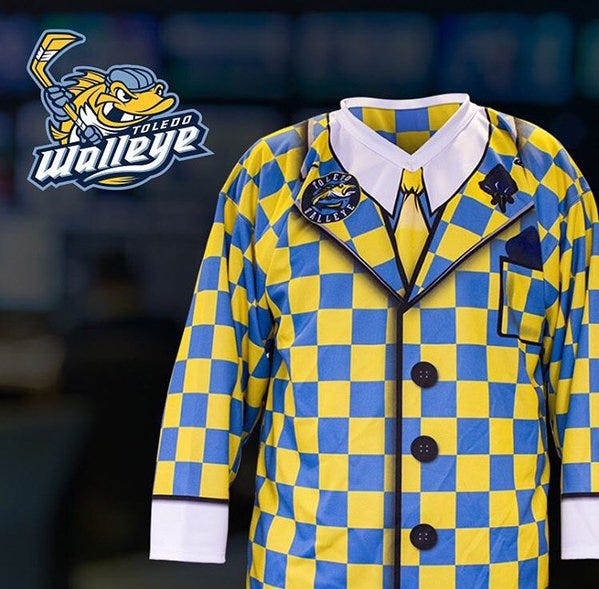