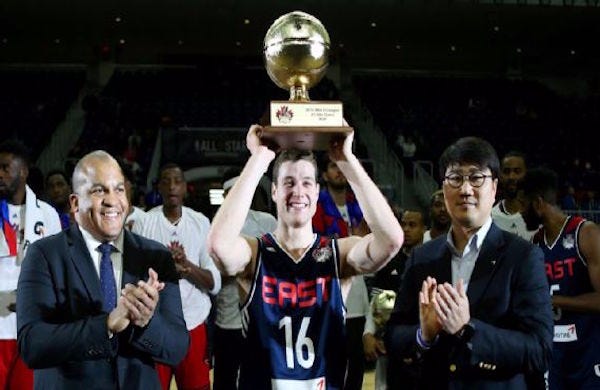 But seriously, I think the Knicks can give Jimmer a shot at The Garden now, right? Sure it was just an All-Star Game, but Jimmer’s been doing this all season. Almost 23 points and 5 assists per game. I love Langston Galloway and Jerian Grant, but they can’t be the reason Jimmer doesn’t get called up. And don’t even get me started on Jose Calderon or Sasha Vujacic. People keep asking me why Sasha has a job on the Knicks. And my answer is either

A. He has pictures of Phil Jackson doing things that Jeanie Buss wouldn’t want to see.

B. He is a good locker room guy and could be making the transition easier for our Latvian angel (I think I may have read that somewhere).

Either way, as much as it pains me that he would be leaving The (Westchester) County’s Most Famous Arena, Jimmer should have a job in The Association. I know that the Zen Master doesn’t subscribe to the importance of three pointers like most teams in the league, but the Knicks are 26th in the NBA in three point percentage. I guarantee that calling up the wettest shooter on the planet this side of Golden State would make the Knicks offense better instantly. Now who is goink to tell Phil Jackson that?

And Jimmer, if/when you get called back up, please at least TRY on defense. That’s all someone with your scoring and shooting ability has to do.

P.S. This dude was STOKED to be standing next to greatness. 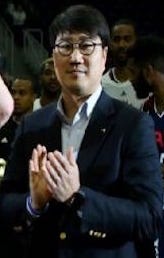