Uproxx – In a video entitled, “Cheating girlfriend Anna Miller exposed!,” Kyle brings a blindfolded Anna to a room covered in rose petals and flatters her with romantic comments like, “If I don’t spend [Valentine’s Day] with you, it definitely sucks if I don’t spend it with you.” With her blindfold off, Kyle persuades his cheating girlfriend to put her blindfold back on so he can go get her “big surprise.” The surprise? Screenshots of her cheating on him. Face!

I actually saw this video yesterday morning and thought about blogging it but figured “You know what, let’s all enjoy Valentine’s Day on its own merits without this guy’s shitty experience tainting the day.” But now that it’s a day after and your night was probably as shitty and/or uneventful as could be expected, we can be negative again. And if there’s anything to be negative about, it’s the whole fucking deal with this chick. Like I kinda hate this dude for the elaborate setup routine, same as I feel each time, but she’s so much worse. She seemed like such a normal sweet girlfriend in the beginning (which says a lot about how much of a psycho you have to be when actively cheating on another person) but then the second he pulls the “get out of the house” card she flips right to this: 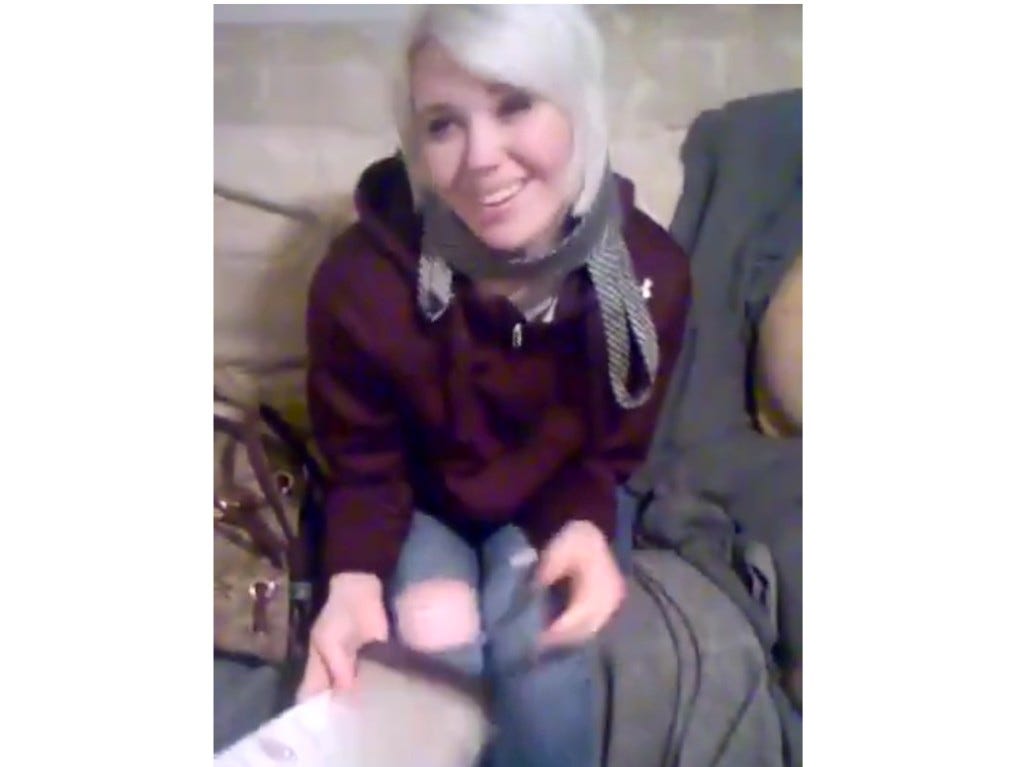 Just a peroxide-haired ho rolling her big seemingly innocent looking Disney eyes before driving the three hours back to suck the dick of some dude wearing Jncos. These guys are celebrating like they won the Stanley Cup and you could tell from her attitude that she couldn’t give less of a fuck because she’s kinda cute and her body’s alright and she has a vibe. In her mind she’s the type of girl who won’t want for attention or gifts or dick for very long no matter how many times she does shit like this. Absolutely hate it but she’s right too, just don’t get knocked up and this girl is Teflon. She probably won’t even give this guy a second thought after she leaves that house while this is going to be the biggest story of this kid’s life I bet. She’s like some sort of slutty hitman, no time to sit down and think about the reality of it all.

Also if nothing else this is a helpful reminder not to fuck a girl wearing Under Armour. Maybe she’s not a cheater like this chick but something is off if that’s a conscious decision by a woman.