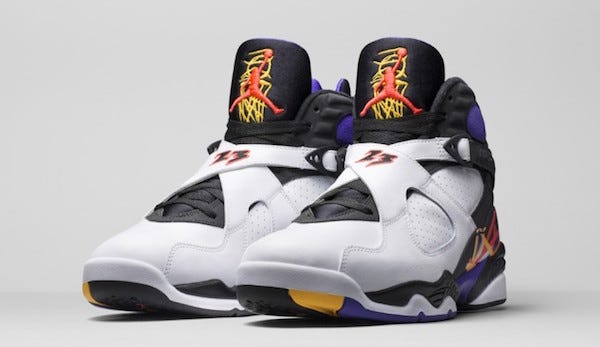 NY Daily News- He’s a little less armed and a lot less dangerous. A 17-year-old gunman had part of his arm severed after he tried to steal a pair of Air Jordan sneakers from a would-be seller he met on Craigslist — and his enraged target slammed into him with an SUV. The rendezvous — on E. 86th St. near Avenue M in Canarsie, Brooklyn — centered around a pair of $190 Jordan Retro 8 sneakers, officials said. But when the man with the fancy kicks rolled up in a Honda Pilot around 12:30 p.m., the teen, identified as Zachary Sam, got in and whipped out a black handgun. Sam demanded the high-priced Jordans for free, cops said. As the teen stepped away from the SUV, the driver, identified by police as 39-year-old Philippe Pierre, pulled a U-turn and hit the gas. The SUV charged forward, catching Sam under the wheels and dragging him several feet and pinning him against a metal fence, stunning video of the bizarre robbery gone bad shows.

Pierre was charged with attempted murder for slamming the robber with his car, sources said. “If somebody puts a gun to your head, and you’re trying to get the cops to catch him, what would you do?” a relative of Pierre told ABC 7. “You’re telling me just let him go?” The SUV sheared off Sam’s right arm just below the elbow, according to horrified witness Alex St. Fleur.  Sam was rushed to Brookdale University Hospital, where he was in serious but stable condition. Friday evening, doctors were trying to reattach his arm, which was found at the scene along with his gun.

There are 2 rules in life:

If you do either of those, you may lose an arm. Actually, you are probably going to lose AT LEAST an arm.  It’s just that simple. And if you are going to steal a pair of Jordans, make sure they are nicer than the Retro 8s. You tell me you are trying to steal the 3s or 11s, than I say it’s worth the chance of losing your arm. But the 8s are weak, man.

Lastly, how are doctors able to reattach the arm?  Is that even possible these days?  That kid is lucky he isn’t on the Barstool blogger health plan.

P.S. If you go to the Daily News link above, you can watch video of that mess. But I don’t have the stomach for that nonsense in general, let alone on a Saturday morning.  And “A little less armed and a lot less dangerous” is some cooooold blooded shit, Daily News.  Funny but cold blooded.