I mean… how do you even defend against that? I’ll answer my own question here and just say that you simply cannot. There’s nothing that anybody can do when Mitch Marner is out on the ice doing shit like that. The kid is filthy and that’s a drastic understatement. There’s a reason why he was just recently ranked TSN’s #6 NHL-affiliated prospect the other day. He has hands for days and as far as electrifying players who aren’t in the NHL yet go, he’s right at the top of the list. You think that Snoop Dogg just randomly picked up himself a Mitch Marner London Knights sweater for no reason? 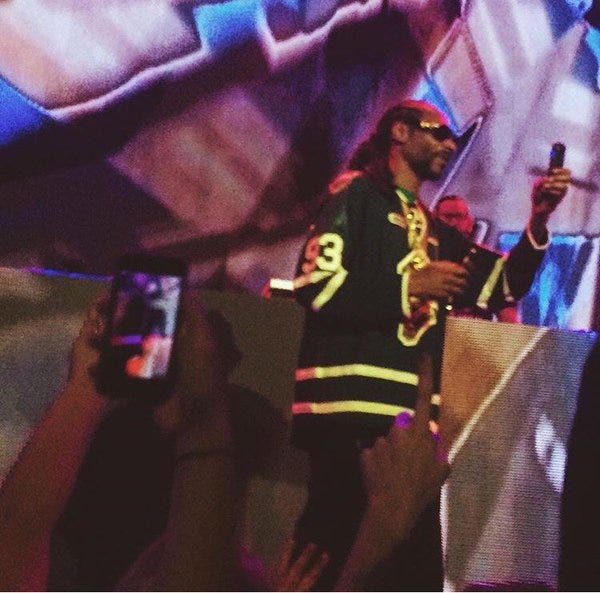 Fuck no. He knows that the kid is legit and he knows that when he’s finally up playing for the Leafs alongside of Willie Nylander and whoever the Leafs draft this year and whoever they pick up in free agency, he’s going to be a stud. So I guess we all just sit back and watch him work his magic in the OHL until then. But I pray for the sake of all the goaltenders in the OHL that he gets his call up to Toronto sooner than later. Because it’s just not fair to them at this point.

Elsewhere in the OHL last night…

Much like Mitch Marner, Flyers prospect Travis Konecny is running out of room to develop in the OHL. It just looks like he’s playing on easy mode out there. Kid has been on a tear all year long, especially after getting dealt to Sarnia from Ottawa. I’d be shocked if he doesn’t start the season wearing Orange next year. It’s so great knowing there’s an actual plan in place for this Flyers team. This year may be torturous but there’s so much talent just waiting to come up.

I’d suggest checking out the whole TSN article if you’re into that sort of thing. But just a few quick highlights in case you’re too lazy to click the link… Arizona leads the league with 5 of the top 50 prospects. Philly and Dallas are then tied for 2nd with 4 each. However, Dallas has zero prospects in the top 25 so they don’t even count. It should also be very interesting to follow what happens with Harvard senior Jimmy Vesey once his season is over. If he wants to, he can join the Predators as soon as his season is over. But there’s a chance he just hits the open market and opts to go to a team that can offer him a spot in their top 6. The Flyers are light on left wingers to begin with so let’s just hope that he’s a Hextall fan.