You never get in between a dog and their bone, and you DEFINITELY don’t get in between a man and his drone. This is common knowledge, so I honestly don’t feel bad for whatever happens to the person who called the cops on Trevor Bauer of the Cleveland Indians for trying to fly his drone in peace. Let a man live his life. Obviously some haters came out of the woodwork, because they just don’t understand how #DroneLife works, but Bauer put them all in their place. 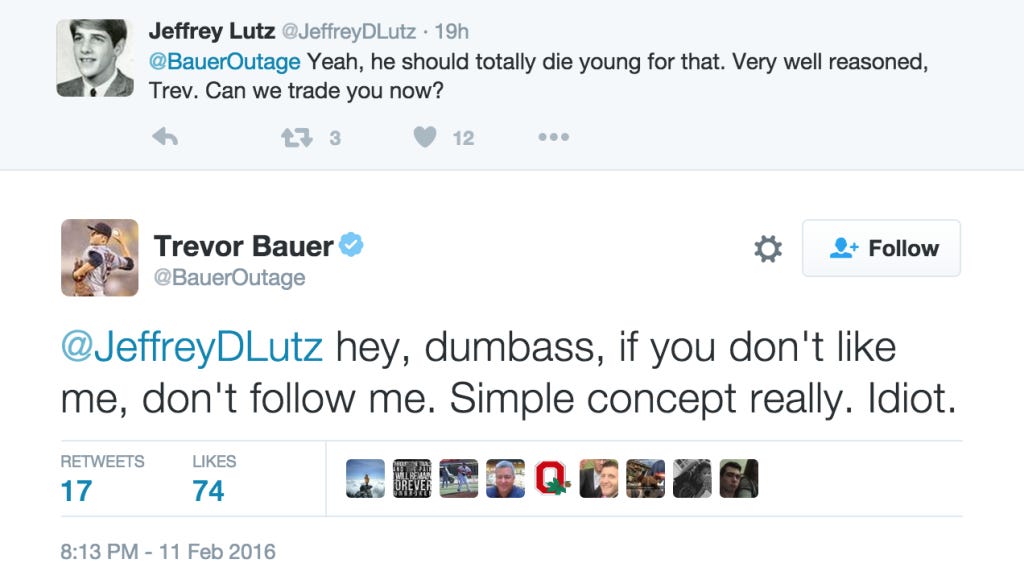 Way to ride your high horse, Jeffrey. If you think the person who called the cops shouldn’t die young for what they did then you’ve obviously never owned a drone. Don’t talk about things you know nothing about. Idiot.

No matter where you stand on drones, you have to admit that this is #stupid. A guy can fly a drone over an area where people are walking around and cars are driving by, but if he flies it in an empty field then Petey Police can rat him out to the fuzz? Where’s the justice in that? 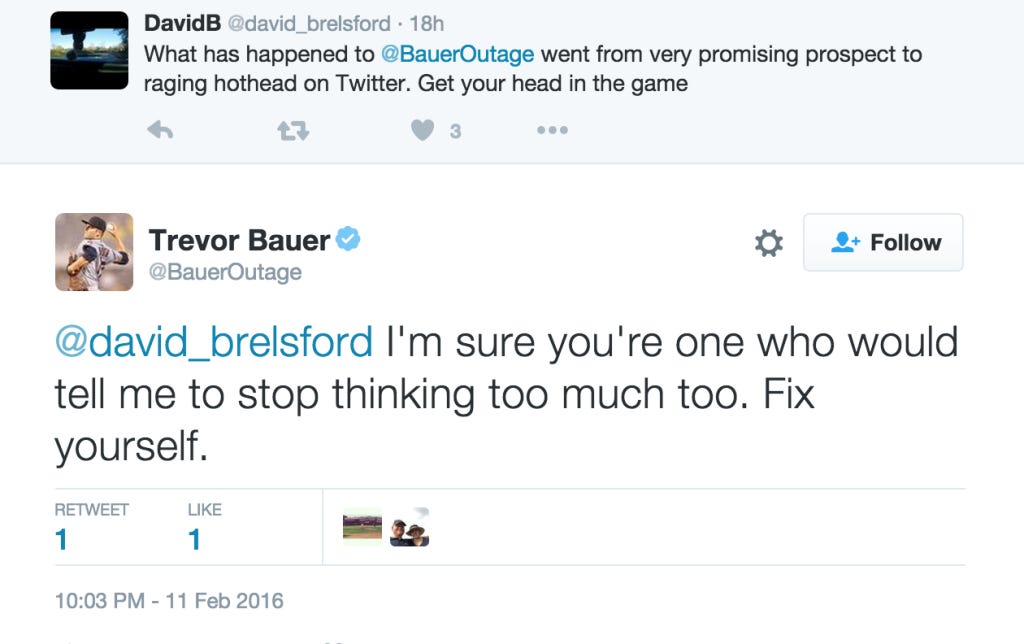 Honestly, David B, you need to just shut the fuck up. There are bigger problems in the world than what’s going on in baseball. We’re out here trying to fly these drones, and the man is keeping us down. It’s unacceptable, and there’s absolutely nothing wrong with wishing death on someone for getting in the way of being able to fly a drone. Fix yourself. 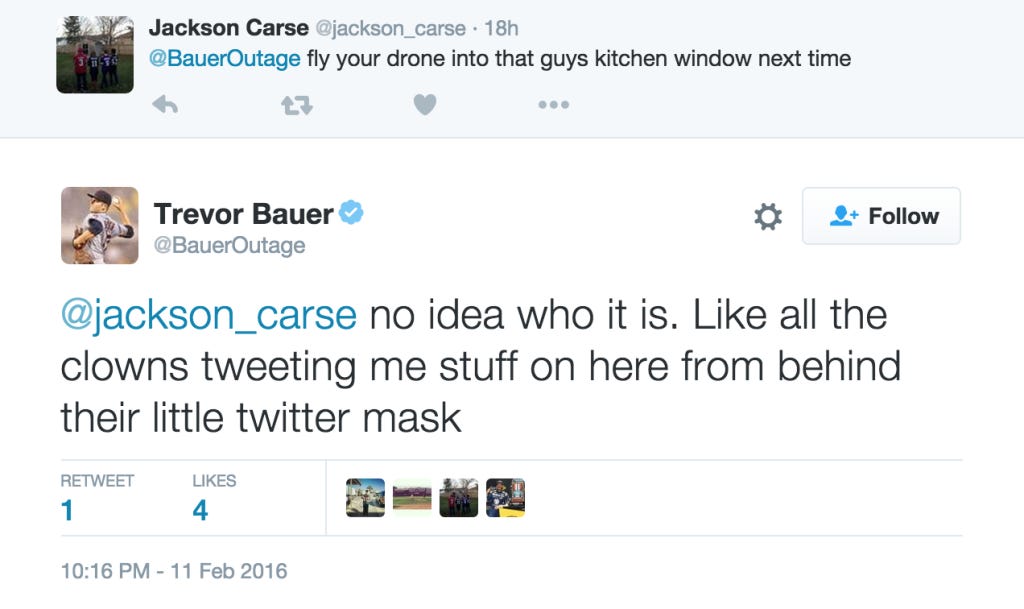 My man Jackson’s got the right idea. Next time somebody wants to call the cops on you for innocently and harmlessly flying your drone, fly it right into their fucking window. Boom. Drone awareness. Park that bad Larry on their kitchen table, right on top of that pile of broken glass and wooden debris that it just created, so that they can see up close and personal that drones are harmless. That’s what’s going to get us over the hump, and get rid of all these silly little drone laws.