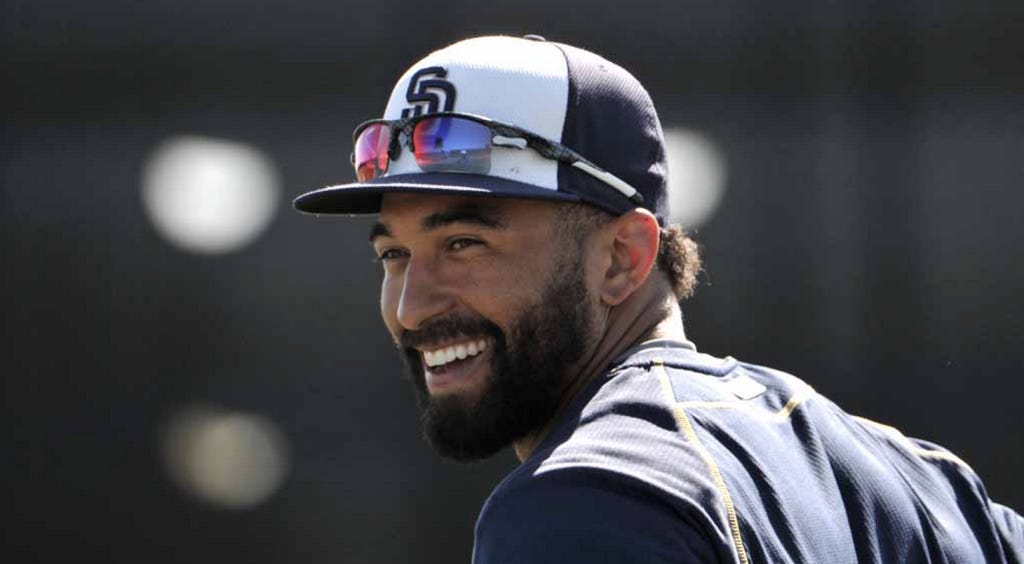 Stop me if you’ve heard this before, but the team that Matt Kemp plays for is trying to trade him.

There were several instances during his time with the Los Angeles Dodgers when the 31-year-old’s name would come up in trade rumors, until he was finally dealt to the San Diego Padres in December of 2014. Now, it seems that his name is right back in the rumor mill. Earlier this offseason, Dennis Lin of the San Diego Union-Tribune reported that the Padres were shopping Kemp.

Lin also wondered if it would take packaging right-hander Tyson Ross to get a team to bite on any deal involving Kemp. The 28-year-old Ross has averaged 196 innings over the last two seasons with an ERA of 3.03. Ross also has two more years of control before becoming a free agent in 2018. Today, Robert Murray of Baseball Essential reported that the Padres attempted to trade Kemp, which we already knew, but then he added the detail of who they were trying to trade him to.

If the Padres are looking for a shortstop, as Lin suggested, then I can see why they’d target the A’s as a trade partner. Oakland’s No. 1 prospect in their system is 19-year-old Franklin Barreto, a shortstop for their High-A affiliate. Barreto appeared at No. 22 on Keith Law’s top 100 prospects list on Thursday.

But when there is a book about how cheap you are — and not only a book, but also a movie adaptation about how cheap you are — then you can see why this deal never came to fruition. Also, the A’s would be crazy to part with a top 25 prospect at a premier position for two years of Ross and four years of an outfielder with a long injury history and sporadic performance.

While it looks like the Padres are trying to sell as high as they can on Kemp, who drove in 100 runs for the first time since his MVP runner-up season in 2011, you have to remember who you’re dealing with here. Kemp is set to be paid $21.75 million in 2016, and the same figure over the next three years after that. I don’t need to tell you that he’d be the highest player on the A’s, but the margin between Kemp and the next highest paid player on the A’s for 2016 would be almost $11 million, which means that Kemp would just about double the salary of the next highest paid player on the team.

Hell, even if you packaged Ross with Kemp, Ross would be the fourth highest paid player on the A’s with a salary of $9.6 million. I’m pretty sure the Dodgers’ backup, backup, backup catcher makes $9.6 million. The Padres’ best bet, if they’re looking to move on from Kemp, would be to eat some of the remaining $87 million on his contract.