1) Drop The Puck On Cancer 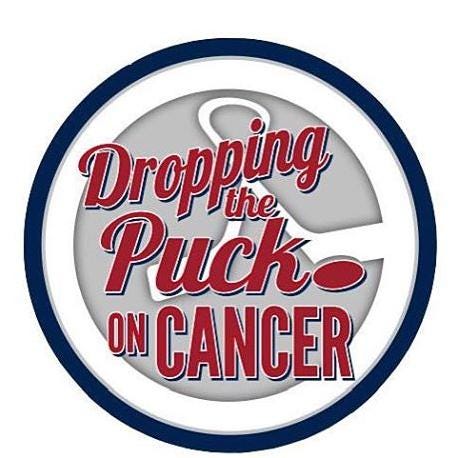 Blogged about this two weeks ago, but as a reminder DePaul fraternities are having a charity hockey game on Saturday, February 20th at 4pm. Come on out to support a great cause. A little mid-afternoon, full contact hockey, and all proceeds go towards cancer related charities.

If you aren’t able to make the game, but still want to contribute, you can click here to find the gofundme page created by a Stoolie.

Jordie and 61o came joined again this week. We talked about Simmonds sucker punching McDonough, the Dion Phaneuf trade, the Maple Leafs rebuild, and who would be the best Barstool hockey brawler.

Just click on it and listen as you scroll through the rest of this blog. Need more feedback and participation from the Barstool Hockey stoolies. Planning on doing these more frequently as we get closer and closer to the playoffs.

From the Senators perspective…I just don’t get it

Yes, Dion is an upgrade for Ottawa’s 2nd pair. No, they don’t appear to be in salary cap hell because Karlsson, Stone, Turris and other key players are locked up for relatively cheap contracts. This trade might get Ottawa into the playoffs, but does this move get Ottawa closer to winning the Stanley Cup? Absolutely not. In the Salary Cap era, you can’t overpay for players. Especially if you’re a budget team like Ottawa. Now the Sens are stuck with a declining defenseman making $7M until 2021 when those dollars could’ve been allocated to other weak spots on the roster. This was a very short-sighted deal.

It’s an incredible move for the Maple Leafs. Talked about that at length yesterday on the blog

According to Bob McKenzie, Stamkos might be the first person ever to think living in Buffalo is a good idea. Reinhart, Eichel, O’Reilly, Stamkos would be a hell of a core to build around. I understand what McKenzie is staying. Close to home, but without having to play under the microscope of the Toronto fans and media. But come on, it’s Buffalo. Stamkos can’t play in a small market. Nobody wants that. Bettman and his agent certainly don’t want that. Dreger echoed McKenzie though. He called Stamkos to Toronto “remote”. 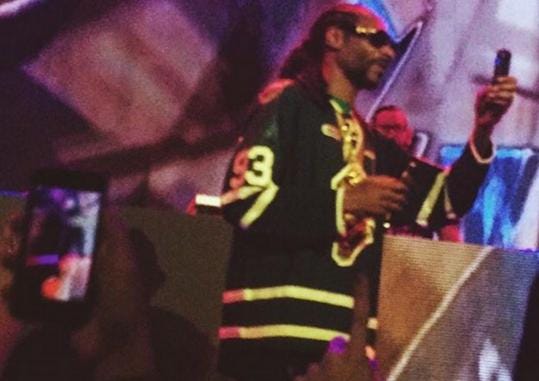 Which is really fucking random. I need the back story on how Snoop picked up a London Knights jersey. Then Lil Wayne wishing Ovi congrats on hattrix

Racial harmony is within our reach. Hockey, bringing everyone together.

6) Goals of The Week

McDavid is 2nd in the league in points-per-game behind only Patrick Kane after getting 5 points last night. I think he might be pretty good.

From an entertainment standpoint, the Flames are one of the best in the league

Kane with a ridiculous snipe. Only real highlight of the night for the home team

Brad Marchand with a silky finish

There were a lot of Nose-Face goals to choose from. Guy is on fire lately. I hate his guts, but he doesn’t get enough credit for how skilled he is. Legitimately good enough to be a top 6 winger on a Cup winning team.

7) Saves Of The Week

Not doing saves of the week, just posting the Marty Brodeur tribute video instead

8) Fights of The Week

10) Mike Keenan To Coach The KHL Expansion Team In China

According to the internet, this article says that Mike Keenan is going to China to coach an expansion KHL team. I’ve never needed a documentary more than I need one on Keenan in China.

#1. Washington Capitals– The Caps just keep winning. They’ve ripped off 5 in a row, Brooks Orpik is close to returning, and the Caps are showing zero signs of slowing down. The clear favorite to come out of the East at this point

#2. Dallas Stars– The Stars are playing a better after their January slide. Fast team, fun to watch, and they have some cap room to play with at the deadline. They need to add another defenseman. Nil should be calling for Kris Russell and Tyutin. I still think they’ll struggle in a playoff series against Chicago or LA, but that’s not what power rankings are about.

#3. Chicago Blackhawks– The Hawks might be doing that thing where they sleep walk for 6 weeks. They do it every year at this time. It’s a February tradition just like that stupid ground hog. Chicago still has the 2nd best record in the league, but I wouldn’t be surprised if they slipped a little between now and St Patrick’s Day.

#4. Florida Panthers– Another team that just refuses to go away. It seems like the media keeps predicting a regression, and then the Panthers go out and beat someone 6-3. They’ll be another interesting team to watch at the deadline. Luongo gives them a chance every night and they have a ton of balance up front. Dangerous team.

#5. LA Kings– Not playing particularly well the past 8-10 games or so, but they are on cruise control the rest of the year because the Pacific Division stinks. If the Kings stay healthy, they’ll walk into the Western Conference Finals.

That’s it for this week. Like I always say, these blogs work better when you guys send in topics, gifs, etc. Email or tweet them to me…