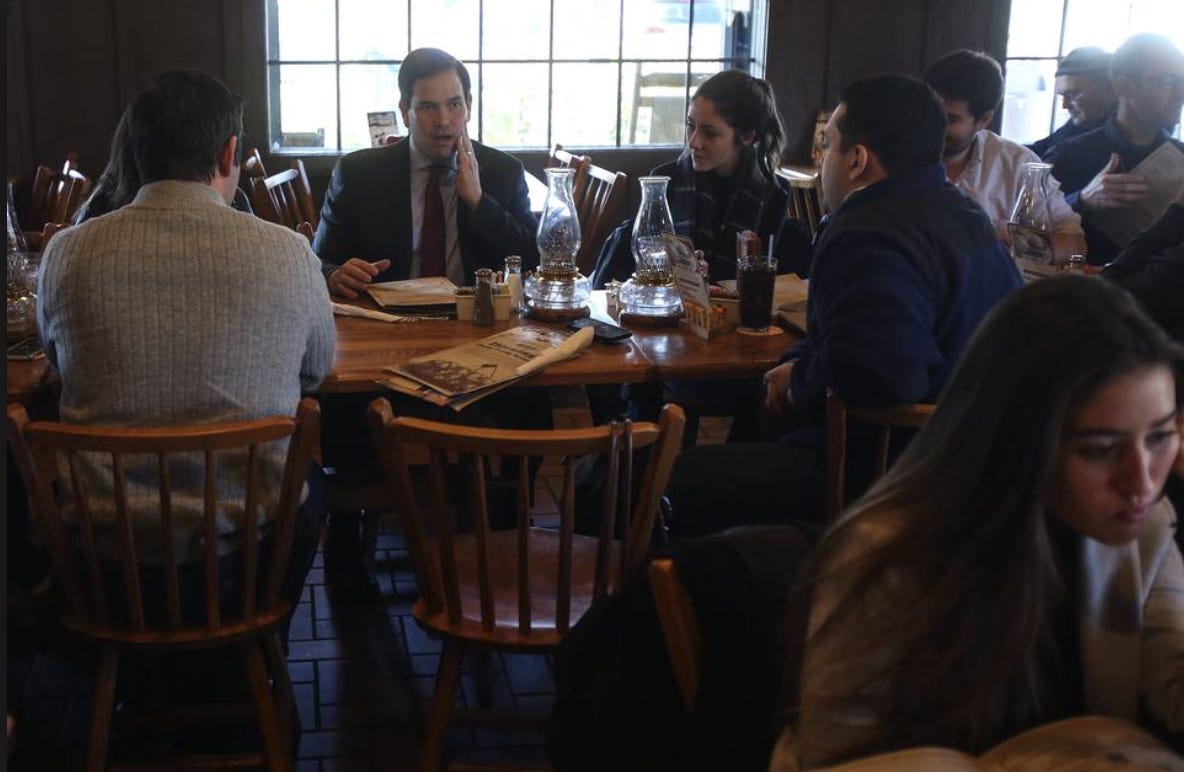 Wrap- Candy bar becomes trending topic as Florida senator is mocked mercilessly on Twitter Marco Rubio is giving the phrase “breaking news” a whole new meaning. The GOP presidential candidate made headlines on Thursday for cracking a tooth. The incident happened aboard a flight to Washington, D.C. on Wednesday evening, when Rubio chomped on a frozen Twix bar. “I just bit into a Twix bar and I go, ‘man this Twix bar’s got something really hard in it,’” Rubio told The Wall Street Journal. “And I go, ‘Oh my gosh, I cracked my tooth.’”

WOOF.  Not a good week for the senator from Florida. Politics are a ruthless game.  One week you’re the young gun making all the sense in the world and look like one of the favorites despite Donald Trump being a thing. Then the next week you’re chipping your tooth on a candy bar and your poll numbers are falling off a damn cliff.  It can happen that quickly.  Luckily for us that don’t care all that much about politics, it happened in hilarious fashion.

2. An actual robot shows up to his rally in New Hampshire and his supporters try to wrestle the robot to the ground in hilarious fashion.

3. Cracks his tooth on a Twix bar. The only saving grace for that is it was a frozen Twix bar which makes a lot more sense.  If he had cracked his tooth on a normal Twix bar? There’s no way I want him to be my president. No way we’re giving the nuclear codes to a guy who can’t bite into a softy chewy candy bar without literally falling apart. Still not a great look. If this had been the isolated incident of the week then I say people look past a little broken tooth on a candy bar.  But after the week Rubio has had?  It’s over. You can’t repeat yourself like a robot at a debate then have people wrestling robots at your rally THEN crack your tooth on a candy bar all in the same week. It’s just not meant to be, Rubio. I’m sorry.