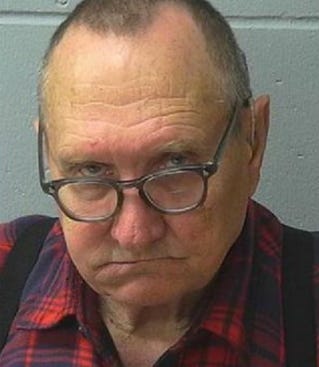 Source - A Wisconsin man had a fish story of a defense for driving while intoxicated. He blamed the DUI on his eating beer-battered fish, according to reports by the Associated Press and the Wisconsin Rapids Daily Tribune Media. Such was the excuse when 76-year-old John Przybyla of Friendship, Wisconsin, was picked up on his 10th drunken driving offense months ago. He told the deputy who stopped him the reason he smelled like alcohol was because he had been at a fish fry and had eaten beer-battered fish, AP wrote. But would the beer-battered fish story be believed by a jury? The answer was a resounding ‘no.’ Or more specifically, a guilty verdict for the fish-eating drunk driver. According to the media reports, Przybyla now faces up to 12.5 years in prison when he is sentenced.

I’m not here to say if this man is lying or not. I want to believe him though. The first 9 DUIs, guilty as charged. But this 10th one, it had to have been the danged fish. He just cannot get enough of it! So unlucky that he got pulled over after leaving the fish fry. What are the chances? As we say in the industry, #justbadluck.

But more importantly, why do we, as a country, sleep on fish and chips so much? Beer battered and deep fried pieces of fish are DELICIOUS. Would eat it all the time over in England. But tons of places here in America that has “fish and chips” you usually just feel weird about ordering it. It’s basically a faux pas to order fish and chips when you’re out to eat with friends, so you just go with the burger. Not that there’s anything wrong with it, but I want to begin the process of making ordering the deep fried fish more acceptable. Everyone grew up eating fish sticks. Now multiply that by 30x deliciousness, some vinegar, some tartar sauce, some ketchup, and it’s a good ass meal. I wouldn’t go around ordering it from Applebees, but I want to start eating more of it.

PS: McDonald’s fish filet has to be the reason people shy away from fish and chips.