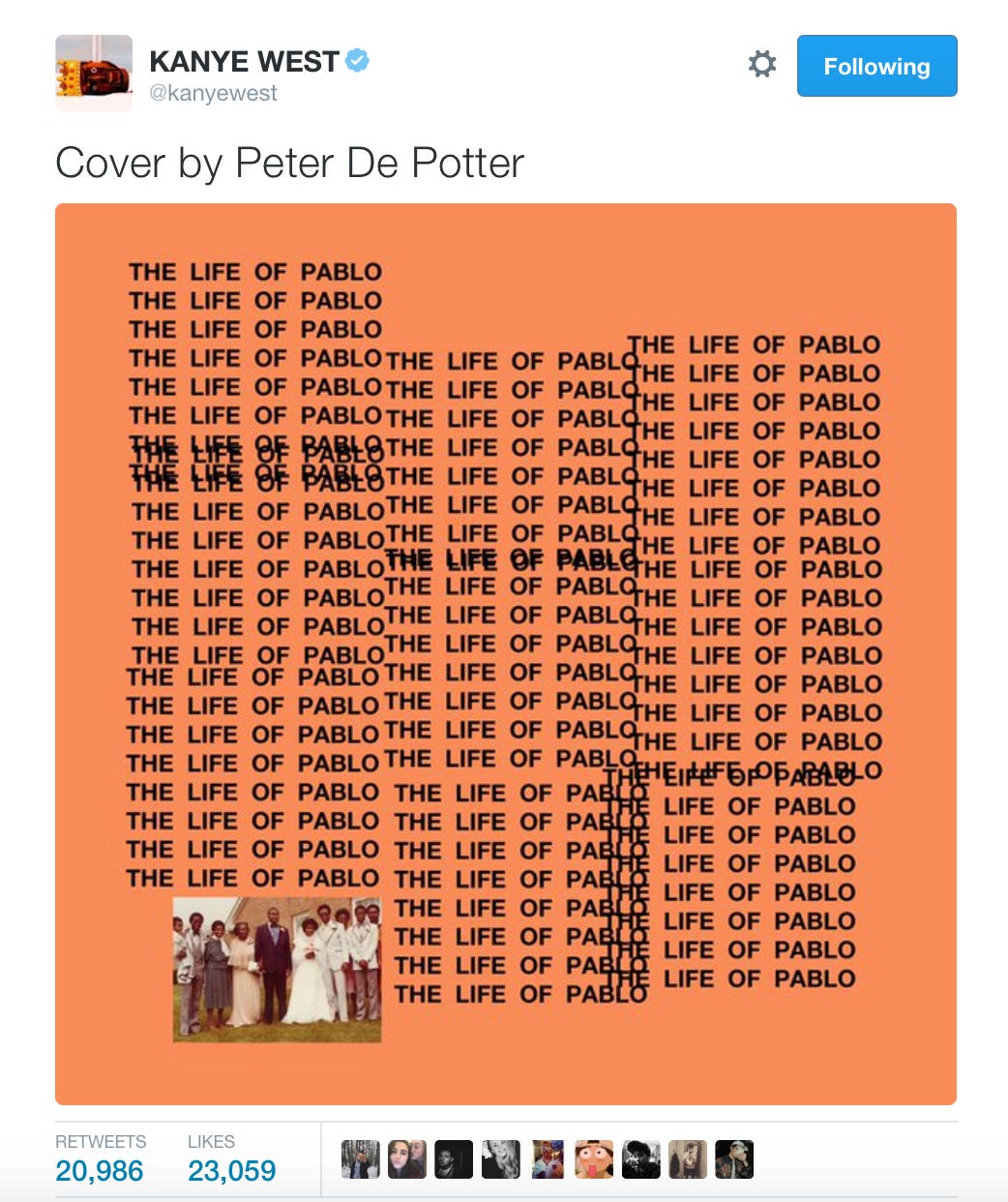 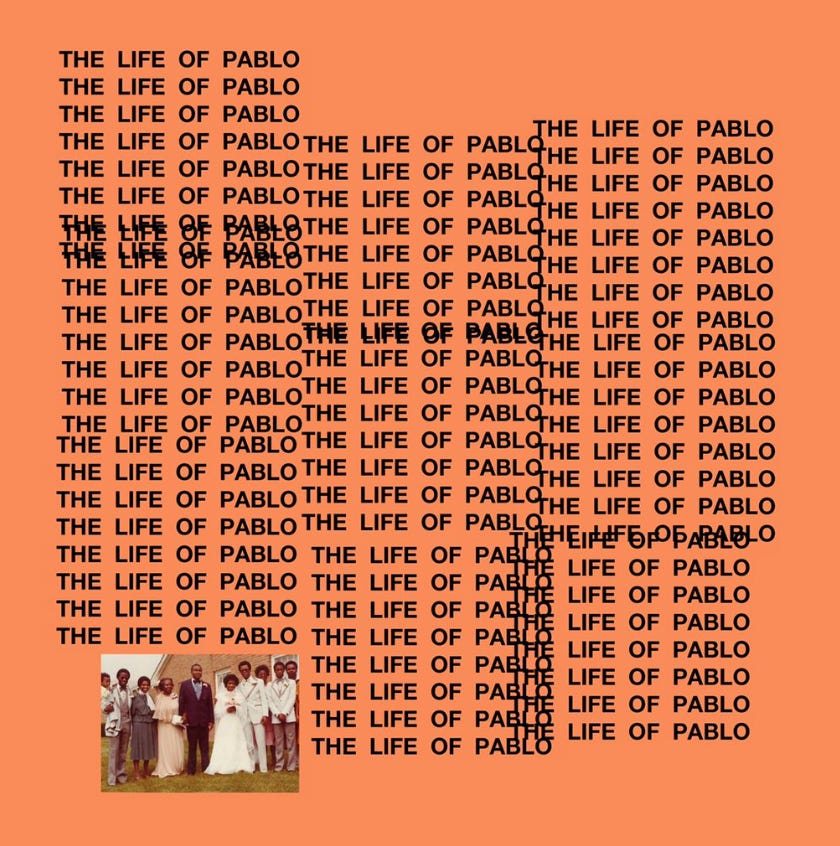 Stupid album name.  Stupid album cover. Kanye is 0 for 2 the last couple days leading up to this thing. 0 for 3 if you count the Bill Cosby thing.  I just wanted to get this all on record before the album supposedly drops in about 45 minutes. I hate the album name and I hate the cover. Kanye just needs to put this thing out and stop tweeting. Here’s the thing though, I still think the album is gonna be great. Why? Because Kanye has almost never steered us wrong.  If there’s any artist you can confidently will say will at least put out a decent product, it’s Kanye. He knows what he’s doing despite being a complete and utter psycho. Even albums of his that I didn’t love (808s and Yeezus) were still good albums. I just love Dropout Kanye more than Experimental Kanye. He’s still great. Kanye albums are like Tarantino movies to me. I will always always be hyped for them no matter how old I get or how much controversy surrounds them. Now put the damn album out already. The people are ready.

PS- I’m not a big believer in higher powers or anything like that BUT Kanye changing his album title from Waves to The Life of Pablo and then NASA discovering gravity waves on the exact day his album is to come out can’t be a great omen.  What are the odds?  If he had kept the album name Waves people would be saying, “Ohhhhhhh shit. From God’s mouth to Kanye’s brain. It’s all connected” and people would be even more hyped for the album than they already are. NOPE. Instead it’s The Life of Pablo which doesn’t make any fucking sense.