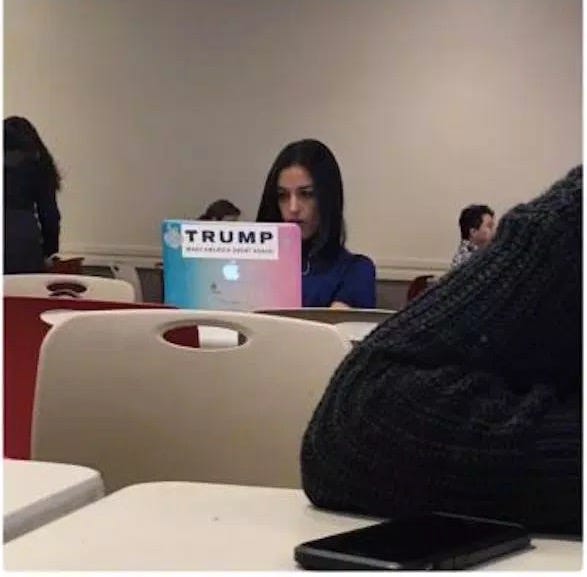 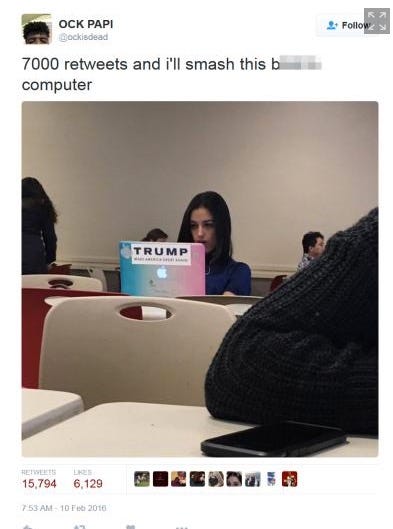 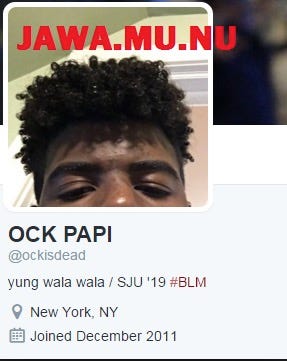 NYDN – Trouble was brewing over a Donald Trump sticker Wednesday on the Queens campus of St. John’s University.

A student at the private college had a cup of green tea tossed in his face after he threatened on Twitter to smash a classmate’s computer because of her allegiance to the GOP front-runner.

Clifford Durand, 18, posted a photo of an unsuspecting fellow student with a “Trump Make America Great Again” sticker on her laptop and asked his followers to share the image.

“7000 retweets and i’ll smash this b***h’s computer,” Durand wrote in the post, which his friends claimed was a joke.

The picture was retweeted more than 16,000 times within four hours of being posted online.

When 20-year-old Trump supporter Brianna Algazali was told that her picture was going viral she complained to the school’s public safety office and confronted Durand.

First of all, helloooooo Brianna. 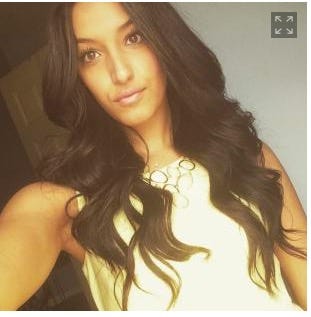 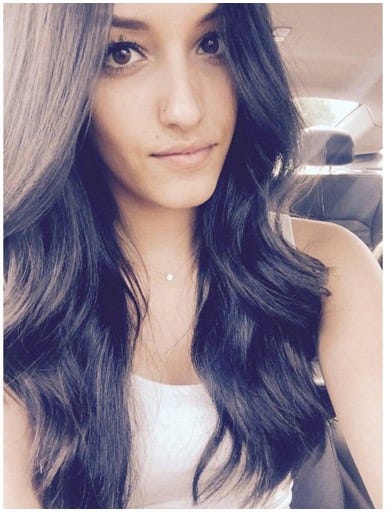 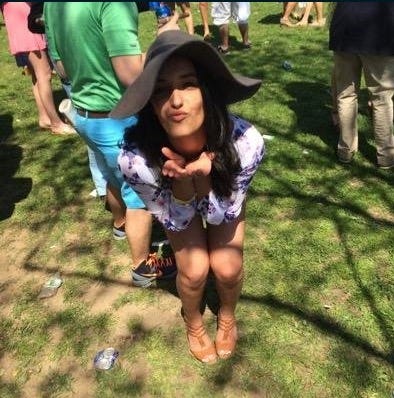 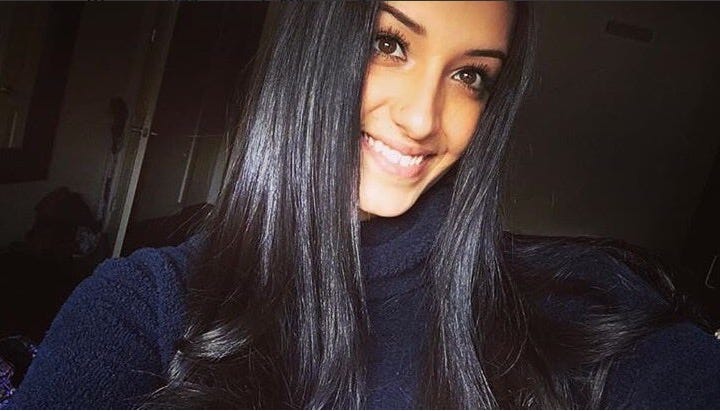 The girl just loves Trump. And this is the thanks she gets for having an opinion and being strong in her beliefs? Threatened with physical violence? Her personal property destroyed and vandalized? SMDH. We can’t even get college kids to vote, and here we are threatening one of the few who actually seem invested in the political process.

Good for her for whooping some ass.

Several witnesses at the Fresh Meadows campus watched as the heated Trump backer threw her Matcha water on Durand.

“She raised her voice and she threw her drink on him,” a friend of Durand told the Daily News. “He looked like he was in shock. I went towards him to hold him back.”

Some students present claimed that Durand struck Algazali after he was hit with the hot beverage. He admitted as much in one of dozens of tweets he sent before his account was suspended by the social media giant.

“SHE THREW HER STARBUCKS AT ME AFTER CUSSING ME OUT AND SHE GOT SHOVED IN THE NECK,” Durand tweeted after the Trump-induced dust-up.

“She asked him to take down the post and he said ‘make me,’ ” another student said.

It was unclear if there were any injuries related to the confrontation, though the school admitted it was aware of the Trump-emonium.

Green tea to the face bitch. 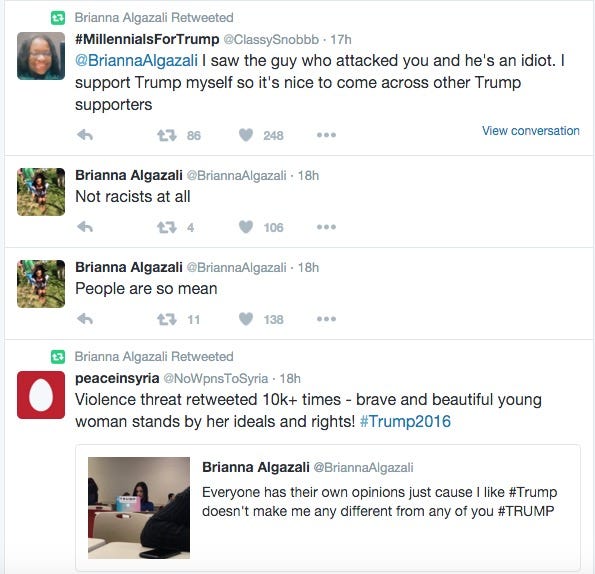 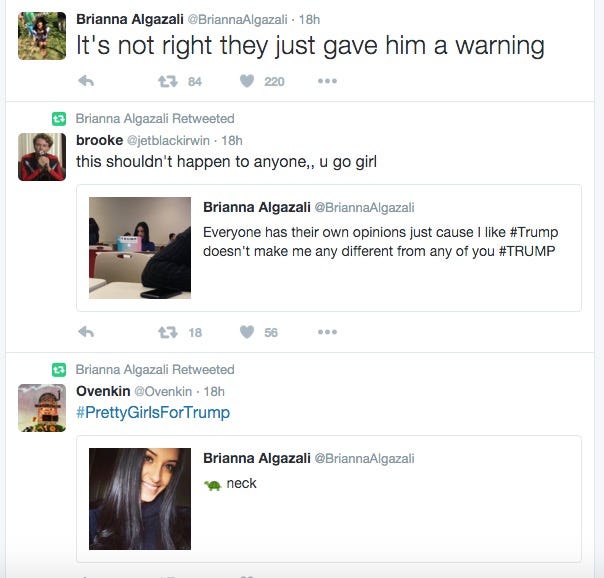 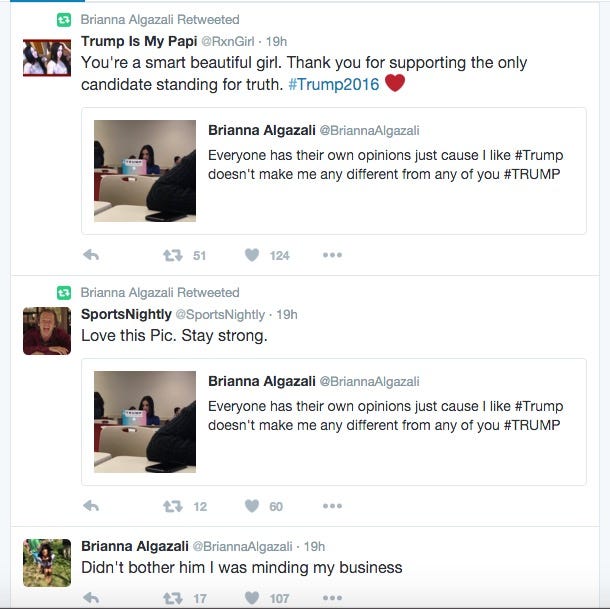