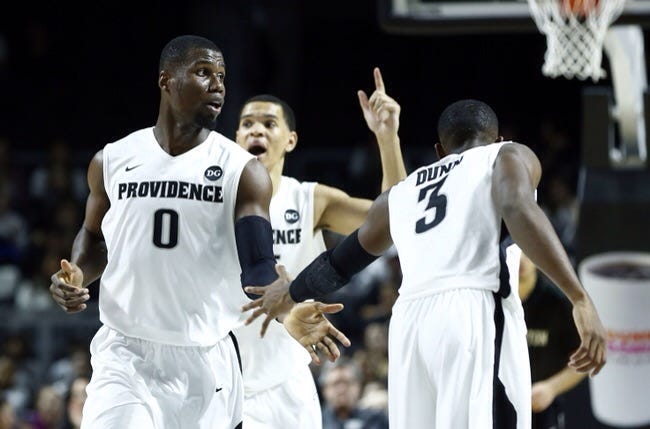 Most seasons we’d be answering a lot of questions with a couple of weeks left in the regular season. That isn’t the case this year, where it seems like more questions are popping up daily. Whether it’s if a team is safely in the NCAA Tournament or what’s wrong with a certain team, it seems to be happening more and more this season.

So, let’s get right into this week’s Mailbag. As always you can get your questions to me on Twitter @barstoolreags

Look, Providence should be worried from where expectations were early in conference play. I tweeted this out last night. The Friars are like the Oklahoma City Thunder without a Serge Ibaka. They have two absolute stars in Ben Bentil and Kris Dunn, but there’s no supporting cast after that. Jalen Lindsey hasn’t progressed like many PC fans thought and Rodney Bullock has fallen off the face of the Earth after a hot start. This has caused Providence’s offense to be downright awful. Ed Cooley, who is a great coach, looks awful in the halfcourt set, just praying Dunn and Bentil can bail them out. Advanced stats hate Providence even more with KenPom dropping them to 53rd in the country with the 121st best offense. Sitting at 6-6 in the Big East isn’t ideal, but they can turn the season around by getting wins on the road against Seton Hall and/or Xavier. I think they lose two more in the Big East and finish 10-8.

It’s an obvious answer if you’ve followed me for a while now. I gave our Valpo as a midmajor to watch before the season started thanks to having Bryce Drew and returning star Alec Peters. Peters is a lot like Seth Tuttle from Northern Iowa last year in the sense they run the offense through him as a center and he can step out to the 3-point line. Barring a random loss to end the season, you’ll see Valpo as a 10 seed heading into the NCAA Tournament and the thought of them in the Sweet 16 isn’t shocking at all. On top of that they have the best defense in the county per KenPom in terms of points allowed per 100 possessions. This team has NCAA Tournament experience and was an iffy non-call away from beating Maryland last year.

This is a question that’s asked quite a bit and my answer stays the same until something changes. Give me John (everyone is waiting for me to say Calipari) Beilein as the guy drawing this up. Beilein is an offensive genius and is talked about in coaching circles as the best offensive mind in the entire game. On top of that he’s usually efficient out of timeouts, giving him a chance to draw up a play. With his complex offense, he can often find a weakness whether it’s attacking on a cut or a kick and drive using a screen. I’ll take Beilein and win the game.

Yeah, this is kind of crazy. Wisconsin is on a great run, winning six in a row including getting one over Michigan State and Indiana, but to think they are a Sweet 16 team is tough to imagine. Hell, they still need to get into the NCAA Tournament as they are firmly on the bubble. The Badgers still have games against Maryland, Michigan State, Iowa, Michigan and Purdue. Going 0-5 in that stretch and the NCAA Tournament is gone. On top of that, if I were a Wisconsin fan I wouldn’t be entirely upset in missing the NCAA Tournament if it meant the school would actually do a coaching search. While Tony Bennett is ideal and possibly a stretch, I still think Bryce Drew is the best option going forward for Wisconsin as head coach unless Gard wins out. I don’t care about ‘coach in waiting’ or that he’s Bo’s guy. Bo isn’t Wisconsin’s athletic department and Drew can recruit the area, has ties to the Midwest and is a helluva in-game coach.