It’s crazy how much Latrell Sprewell’s legacy changed over the course of his career. First he was an underrated player just hammering down ferocious dunks in Golden State. I think he may have been the best at the two-handed tomahawk dunk that I have ever seen (along with ‘Nique and Shawn Kemp). Shaved head Spree in those old Warriors uniforms was the fucking man. 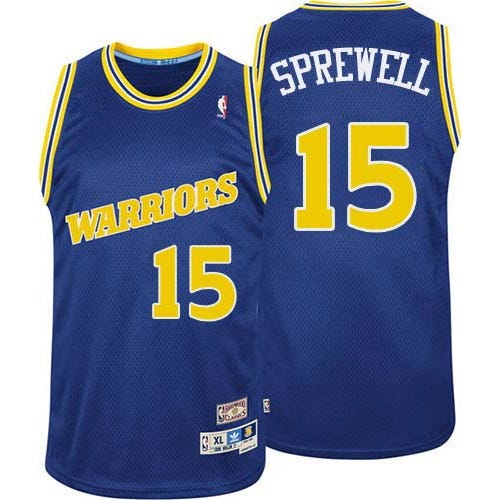 Then Latrell almost became the first player to literally become a coach killer, followed a reclamation project in New York, then the guy that popularized the spinning rims.

And now the former player that gives terrible advice. Do as I say, not as I do. Keep getting those commercial paychecks Spree. The kids gotta eat. Because life comes at you quick. 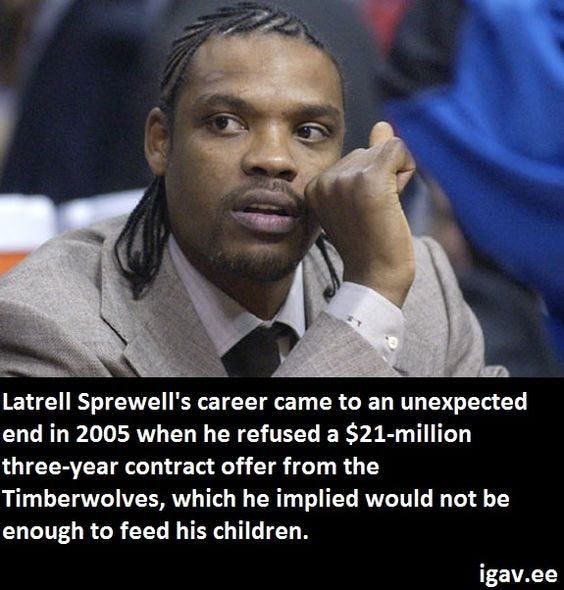