Hey! It’s a new day!  Is this the first step in the public restoration of Bubba’s image? I mean it definetely isn’t but you never know.  Maybe after getting dragged through the mud at the Waste Management Phoenix Open he was finally like, “Alright, I gotta stop being such an asshole and be more like a normal person.” Or one of his buddy’s finally told him to cut it out because he’s so fucking lame. That Instagram video is either a small step towards Bubba fixing his public image or the person filming it cut the video short and he actually did say, “You’re welcome” and we just didn’t see it. Because up until this point, he has always said “you’re welcome” at the end of trick shot videos. And he for sure thinks it’s an awesome thing to say. He even has it in his Twitter bio 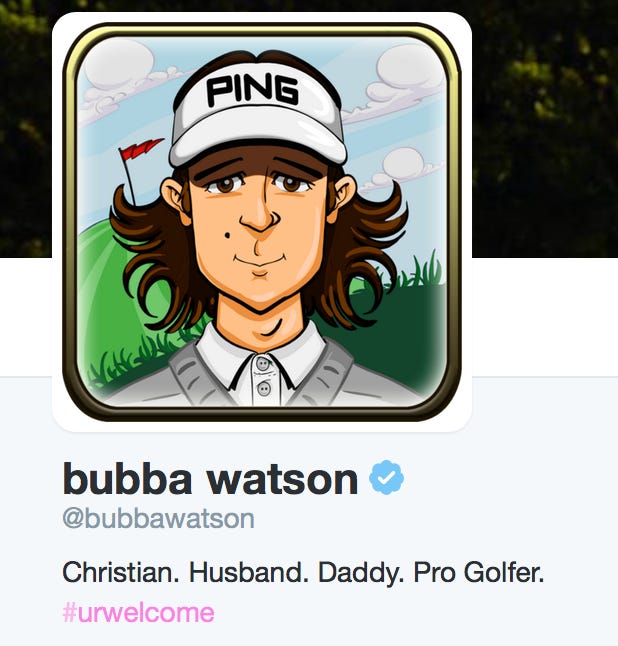 He’s obsessed with it. And here’s the thing, that trick shot was awesome. The trick shots Bubba does are always awesome. He just ruins them with his stupid catch phrase.  I’m ready to like Bubba if he wants to turn this whole thing around and not be such a dick. I’ll be the first to welcome him with open arms. It’s not going to happen and he’ll do something dickish at Pebble Beach but it’s fun to think about.

While we’re on the topic of trick shots, Nicolas Colsaerts hitting a ball out of a tiny hotel window is pretty damn impressive too. Good party trick.